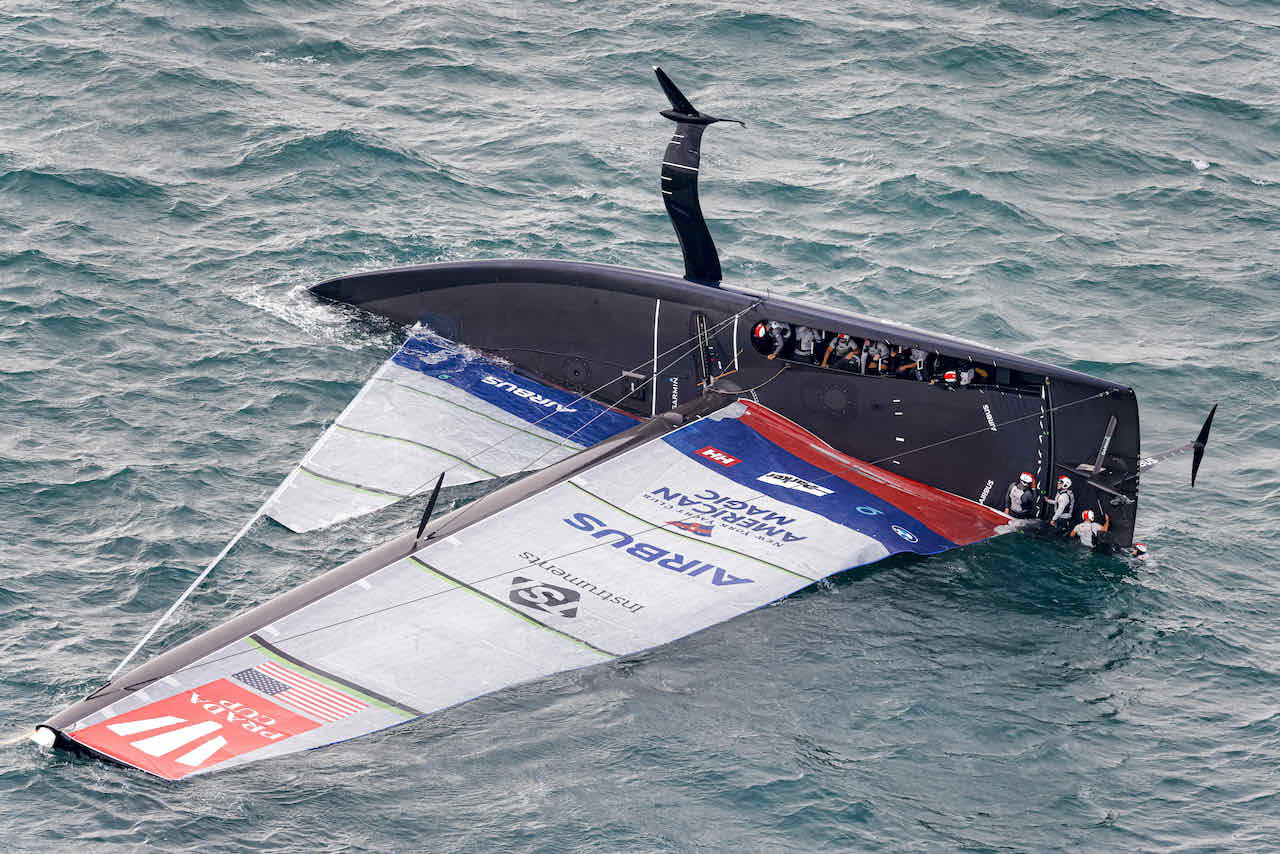 The US America’s Cup Challenger syndicate NYYC American Magic has issued the following statement about today’s capsize of its AC75 Patriot.

Auckland, New Zealand – New York Yacht Club American Magic, the U.S. Challenger for the America’s Cup, capsized in a strong gust of wind while leading around the final mark during a Prada Cup race shortly before 6:00 PM NZDT on Sunday, January 17 (January 16 U.S. time). All team members onboard were quickly accounted for by the team’s on-the-water safety personnel and declared safe.

The team’s AC75 racing yacht, PATRIOT, was damaged during the incident and began taking on water. American Magic received rapid assistance from the three other America’s Cup teams, along with America’s Cup Event Ltd, the race management team, Coastguard New Zealand, the Auckland Harbormaster, and local fire and police personnel.

Efforts to stabilize PATRIOT and get the yacht back to shore are currently underway. American Magic is sincerely thankful for all of the assistance rendered to the team following today’s incident.