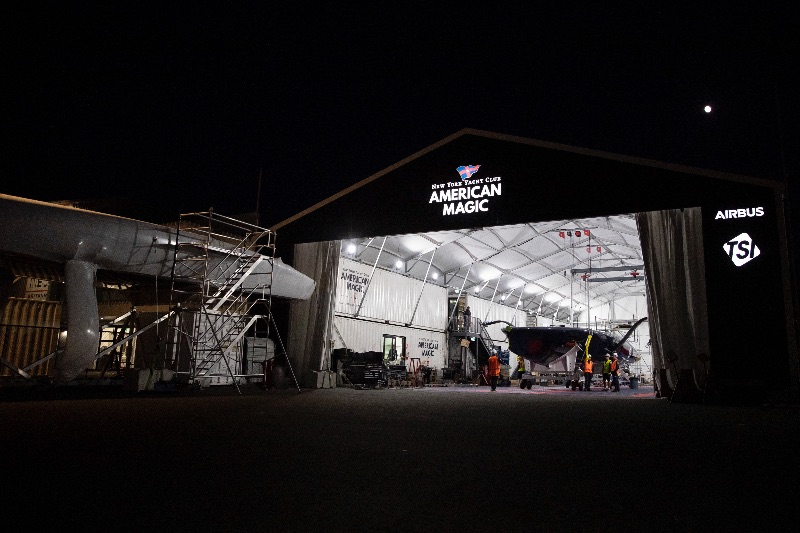 Patriot – the second AC75 built by US America’s Cup challenger New York Yacht Club American Magic – has been wheeled outside its hangar for the first time at the team’s base in the Wynyard Quarter of Auckland, New Zealand.

The groundbreaking yacht will undergo a wide range of tests by the design and shore teams ahead of its future launch. 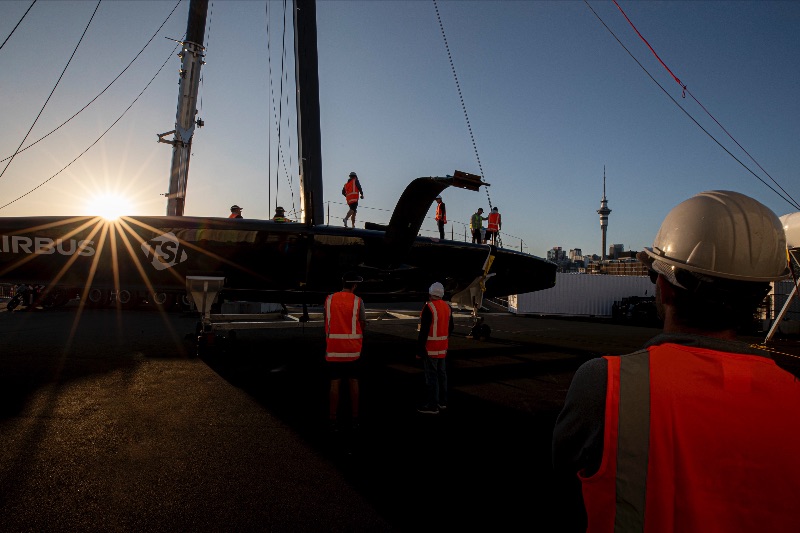 “This whole America’s Cup cycle has been very unique in that we won’t race another boat until December [at ACWS Auckland],” said American Magic helmsman Dean Barker.

“It’s a completely new class and so there’s many things we have to work on to be race-ready. We know we are up against three formidable teams, so it’s going to be about doing everything as well as possible, and knowing that there are still plenty of gains on the table. We have to keep chipping away at those and hope we are as good as we can be by the time we start racing in January at the Prada Cup.”