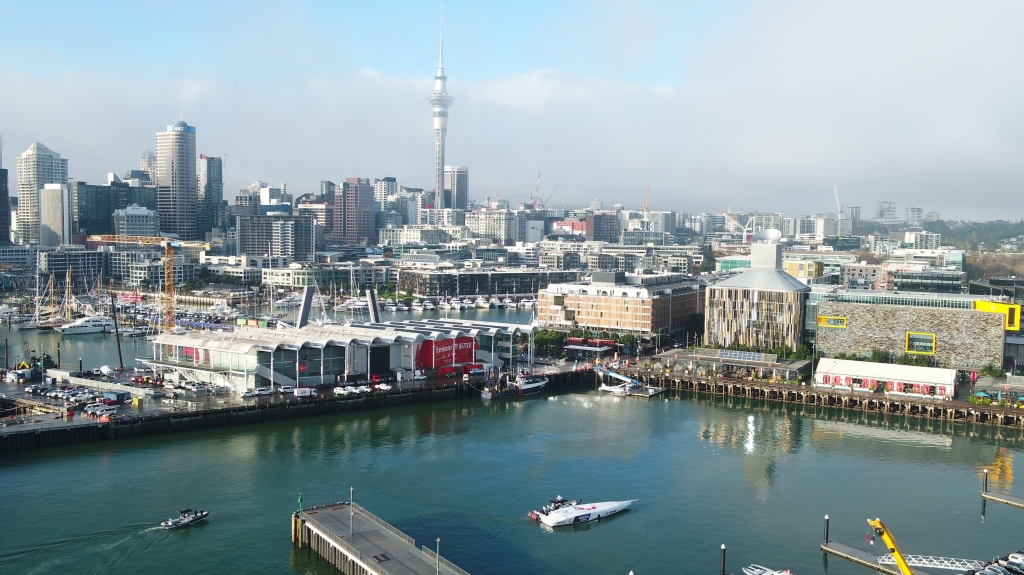 The AC75 was shipped through the Gulf of Mexico, transited the Panama Canal and then crossed the Pacific after departing from the team’s winter base in Pensacola, Florida on May 28. 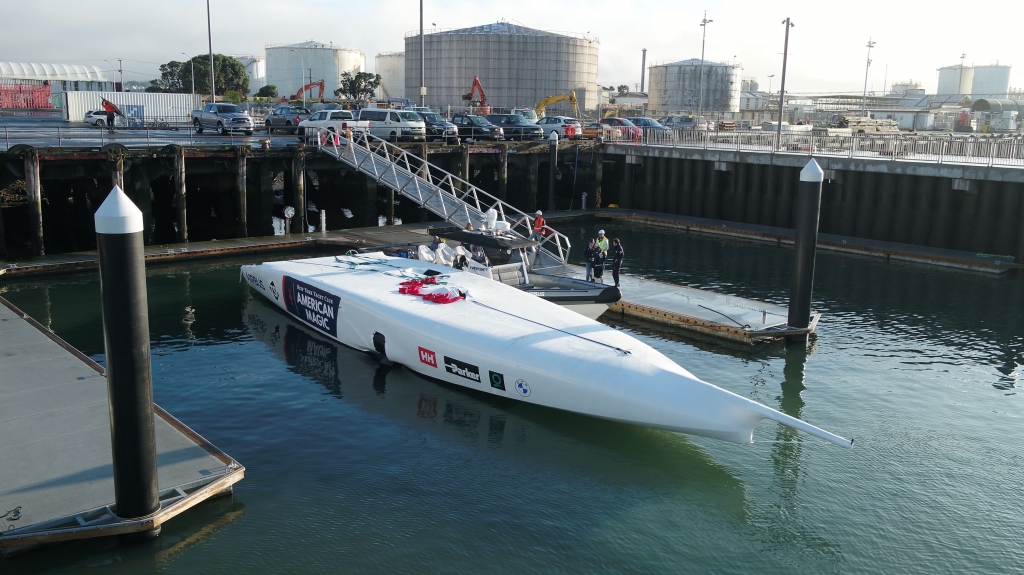 “Seeing our boat unloaded in Auckland was an awesome moment for our team, and a significant milestone for the America’s Cup as well,” said Terry Hutchinson, Skipper and Executive Director of American Magic.

“Soon we will all see American Magic out on the same patch of water as the Defender, Emirates Team New Zealand. That’ll definitely be an exciting sight for sailing fans worldwide, and for us it will be a daily reminder of the huge task we have in front of us. Every possible training day from now until the Prada Cup is priceless, and we are focused on going sailing again as quickly as possible.”

The Bristol, Rhode Island-built foiling monohull is the first Challenger yacht to arrive at the venue of three upcoming regattas: ACWS Auckland (December 17-20, 2020), The Prada Cup (The Challenger finals, January 15 – February 22, 2021) and the 36th America’s Cup (March 6-21, 2021). The U.S. team also expects to take delivery of their second AC75 in Auckland sometime during the fall of 2020.

American Magic’s focus over the coming weeks will be in three primary areas. First, the team will work to complete the New Zealand entry and quarantine process for team personnel and their families, which was made possible after the team received border exemptions from the Ministry of Business, Innovation and Employment (MBIE) on June 12th.

Second, the AC75, chase boat fleet and the team base will be assembled and activated in Auckland. Third, American Magic’s production team in Bristol will put the finishing touches on the second AC75, and prepare it for air transport from Rhode Island to New Zealand.

“I could not be prouder of how our 145-person team has handled this shipping process, and everything else the pandemic has thrown at us,” said Hutchinson.

“Our shore and operations team pivoted incredibly well as events happened, and as the focus changed basically overnight from getting us to Europe to getting us to Auckland.

“Our production guys have been able to safely keep the ‘Boat 2’ build process going, and it looks incredible. And our design group has maintained a singular focus of developing an AC75 capable of winning the 36th America’s Cup. Now we just need to pass our remaining team members through quarantine, keep everyone healthy and safe, and get back to business on the water.”