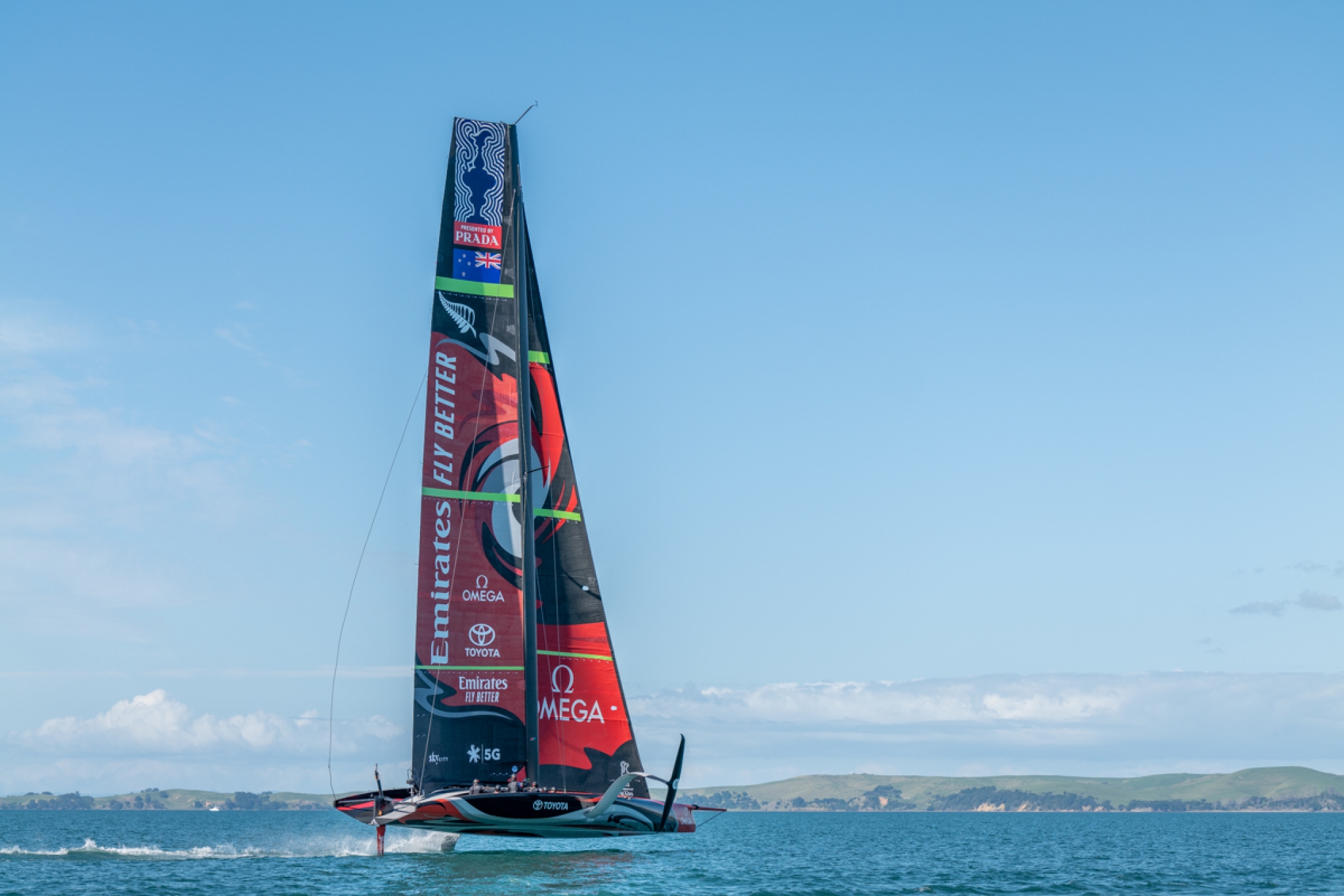 America’s Cup Defender Emirates Team New Zealand has become the second syndicate to show off the flying capabilities of its AC75 foiling monohull.

Named Te Aihe (The Dolphin) at a ceremony on September 6 the first image of the boat sailing was released this week.

US challenger  NYYC American Magic also launched and named their boat in the last week and have released impressive sailing images and footage.

Meanwhile the Italian Luna Rossa Prada Pirelli (Official Challenger of Record for the 36th America’s Cup) and the British syndicate INEOS Team UK have scheduled their launch dates for October 2 and October 4 respectively.