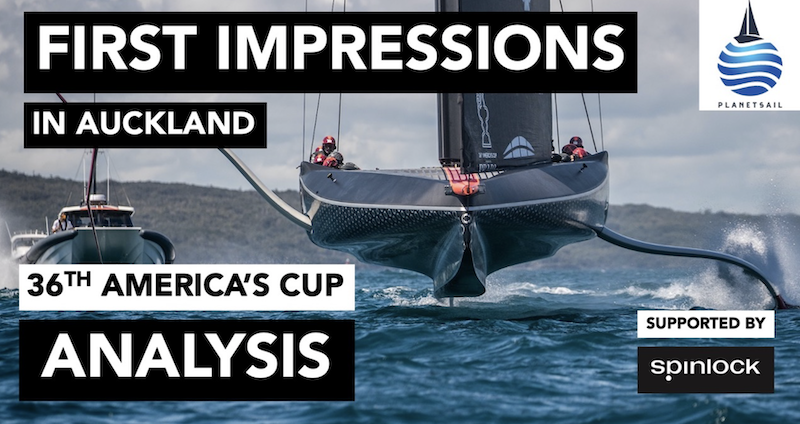 British sailing journalist Matt Sheahan has touched down in Auckland to begin his coverage of the America’s Cup, but like everyone else who enters New Zealand, he now has 14 days of managed quarantine between him and full immersion in sailing’s oldest and most prestigious competition.

Fortunately there’s been plenty for him to watch, plenty of chatter to listen too, and plenty of detail to look into as the teams get ready for the America’s Cup World Series and Christmas Cup events starting on December 17.

Thanks to some great filming from Giles Martin-Raget Matt has been able to see the teams going through their routines as they limber up for the first ever AC75 regattas.

Here are his first impressions.