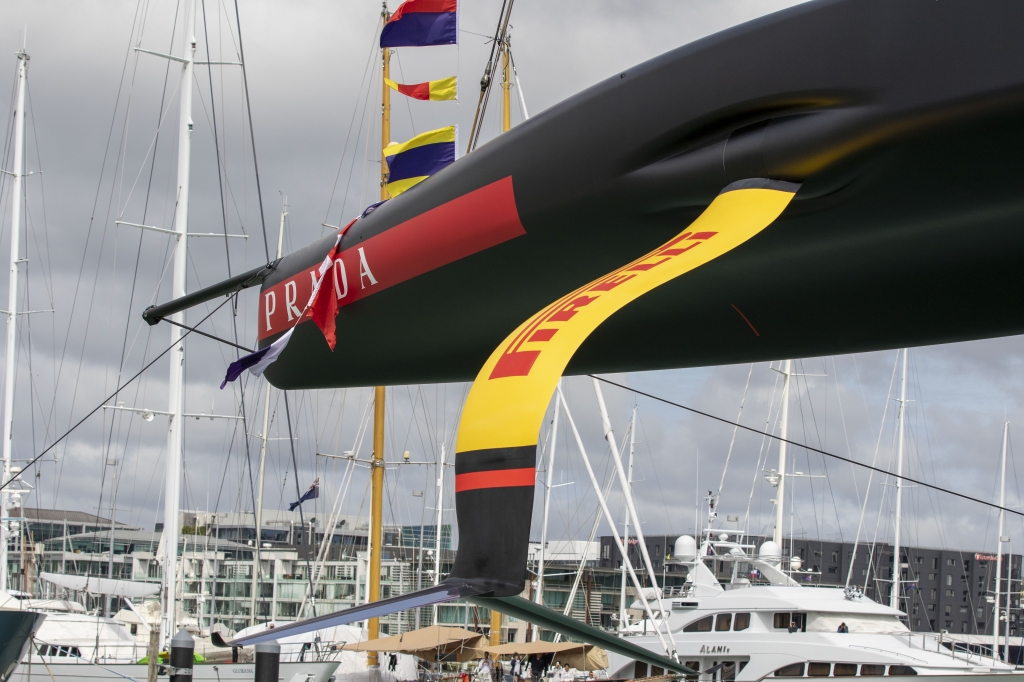 The low-key launch took place at 10.30 local time witnessed mainly by the families of the Luna Rossa Prada Pirelli Team and a small group of friends and local suppliers close to the team in its New Zealand venture.

The ceremony was simple and traditional and included a blessing of Luna Rossa by Father “Pa” Peter Tipene, Dean of Auckland Cathedral, followed by the champagne christening of the boat by Tatiana Sirena – the wife of team director and skipper, Max Sirena.

The Italian syndicate’s second boat was built at the Persico Marine shipyard in Bergamo, Italy and arrived Auckland on October 6 on an Antonov cargo plane. 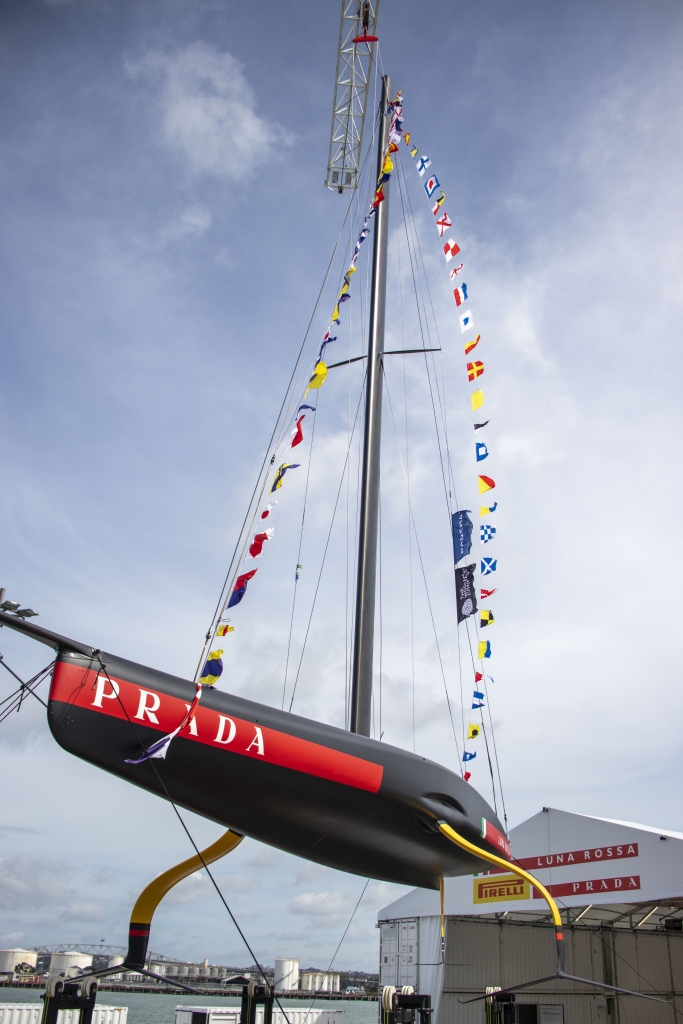 In the 14 days since then the team has worked flat out to commission the boat in time for the launch, with the foils, the on-board systems and instrumentation all installed and set up ready for the boat to be to begin load tests within an hour of the launch.

As expected the second boat looks very similar to the first – seemingly very much a case of evolution rather than revolution, unlike the second boats launched last week from NYYC American Magic and Ineos Team UK.

The launch of the Italian syndicate’s second boat marks the beginning of an intense phase of testing and training for the sailing team on the waters off Auckland ahead of the first official competitive action of the 36th America’s Cup cycle – the America’s Cup World Series and Christmas Race, scheduled to take place at the end of December. 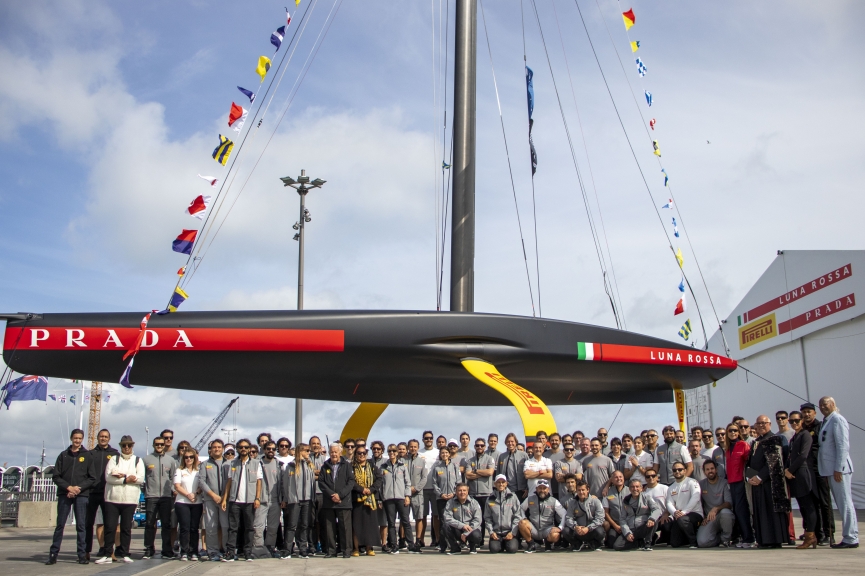 Patrizio Bertelli, president of the Luna Rossa Prada Pirelli Team, thanked the staff of the Persico boatyard for overcoming the challenges of the pandemic to deliver the second boat on time.

“I also want to thank the whole team,” Bertelli said. “They have worked day and night, with no distinction of roles, to be on deadline and ready to launch today. In a few days we will already see ‘Boat 2’ sailing and will get our first impressions, which I am sure will live up to expectations. And, soon after, racing starts. My best wishes to everyone at work on this sensational project.”

Sirena said that the launch day was “an important day in our challenge for the 36th America’s Cup presented by PRADA”.

“The launch of the second Luna Rossa is the culmination of over three years of work of the team and all our partners,” Sirena said. “It is the start of the most important phase of the campaign. The team has worked hard to prepare for this moment and it is great to see the motivation on people’s faces in these weeks of work here in Auckland.

“Everyone knows how important this moment is. Now we are getting to the heart of the matter. I want to take this opportunity to thank the whole team for the work done. From now on we will no longer have control of our time – the countdown to the first race has begun.

“I thank Patrizio Bertelli, for having allowed us to get here, together with Marco Tronchetti Provera [Pirelli Executive Vice Chairman & CEO] and all our sponsors and partners. The program is to start sailing a few days after the launch to prepare for the first regattas, the Prada ACWS Auckland and the Prada Christmas Race.”