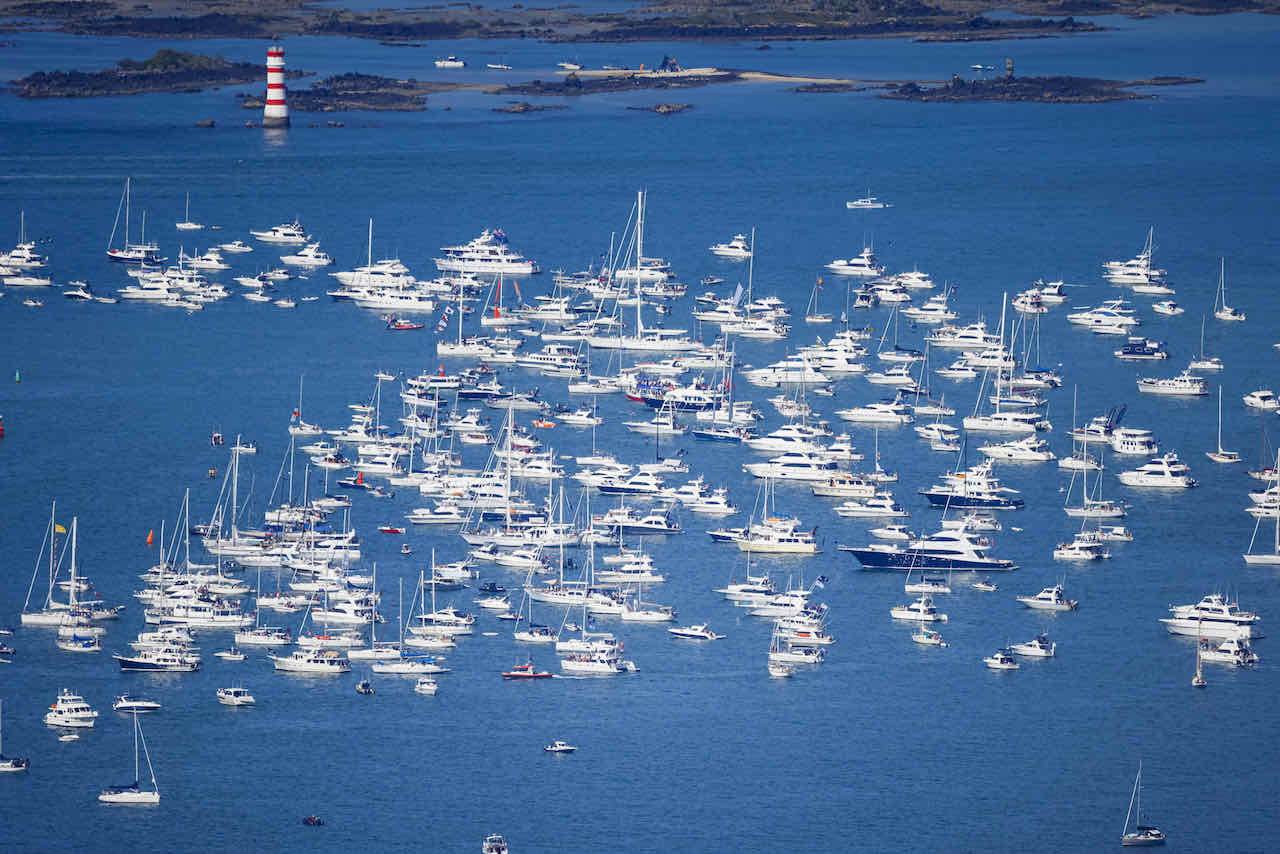 Persistently light and unstable wind conditions out on Auckland, New Zealand’s Hauraki Gulf put paid to chances of racing on the fourth day of the 36th America’s Cup Match.

Also faced to wait was the record-breaking flotilla of close to 2,000 spectator boats anchored around the racecourse out on course area A – to say nothing of the dense crowds of spectators back ashore basking in the warm sunshine in the America’s Cup race village.

Ultimately though, despite the collective will of everyone concerned to see at least one race take place, the fickle breeze failed to solidify before the 1800 local time deadline laid down in the rules, forcing the race committee to send the boats ashore.

That leaves the Kiwi and Italian teams tied on three races apiece in the first-to-seven-point series with racing scheduled to continue tomorrow Monday March 15 when the forecast call for winds in the 12 – 14 knot range.