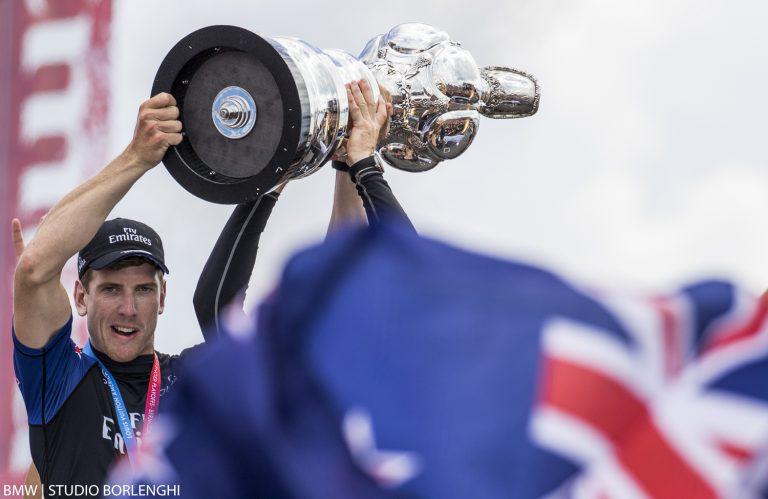 Face-to-face talks between the America’s Cup Challenger of Record Luna Rosa and the Defender Emirates Team New Zealand have resolved the disputes over the validity of the three most recent challenges for the 36th edition of the ancient competition scheduled for 2021 in Auckland, New Zealand.

A statement issued by America’s Cup Media said plans for the the event were now “progressing, with clearer guidelines now set for the future”.

The talks took place in Auckland last week when Patrizio Bertelli, CEO of the Prada Group and Chairman of the Challenger of Record met with representatives from Emirates Team New Zealand. Prior to that a dispute over the validity of the last tranche of three challengers – DutchSail, Stars + Stripes Team USA, and the Malta Altus Challenge – had been referred to the competition’s arbitration panel.

The dispute was widely rumoured to centre around Emirates Team New Zealand allowing the deferment of the late entry fees for some or all of these teams. However it seems now that following the talks that issue has been taken off the table by way of a jointly agreed  amendment to the America’s Cup Protocol document.

According to the statement:

“An agreement was reached to resolve a number of pending issues, some of which were already before the Arbitration Panel. Together they have agreed all current outstanding issues including a mutually agreed settlement to the America’s Cup Arbitration case filed on the 12th of February 2019 regarding the dispute on the validity of late entries.

“Under the settlement agreement an amendment to the Protocol allowing the deferred payment of the late entry fee has been agreed and the validity of the three late entry challenges accepted.”

The Challenger of Record and the Defender organisations will be hoping this resolution has cleared the air after rumours of a tense relationship between the two sides for many months. However it may prove too late to salvage hopes of the first event of the America’s Cup World Series taking place in October this year at an Italian venue as planned.

Although there is no official word yet, with none of the teams having yet launched an AC75 it is hard to imagine a regatta taking place in eight months time, and it seems increasingly likely that this inaugural event will have to be put back until 2020.