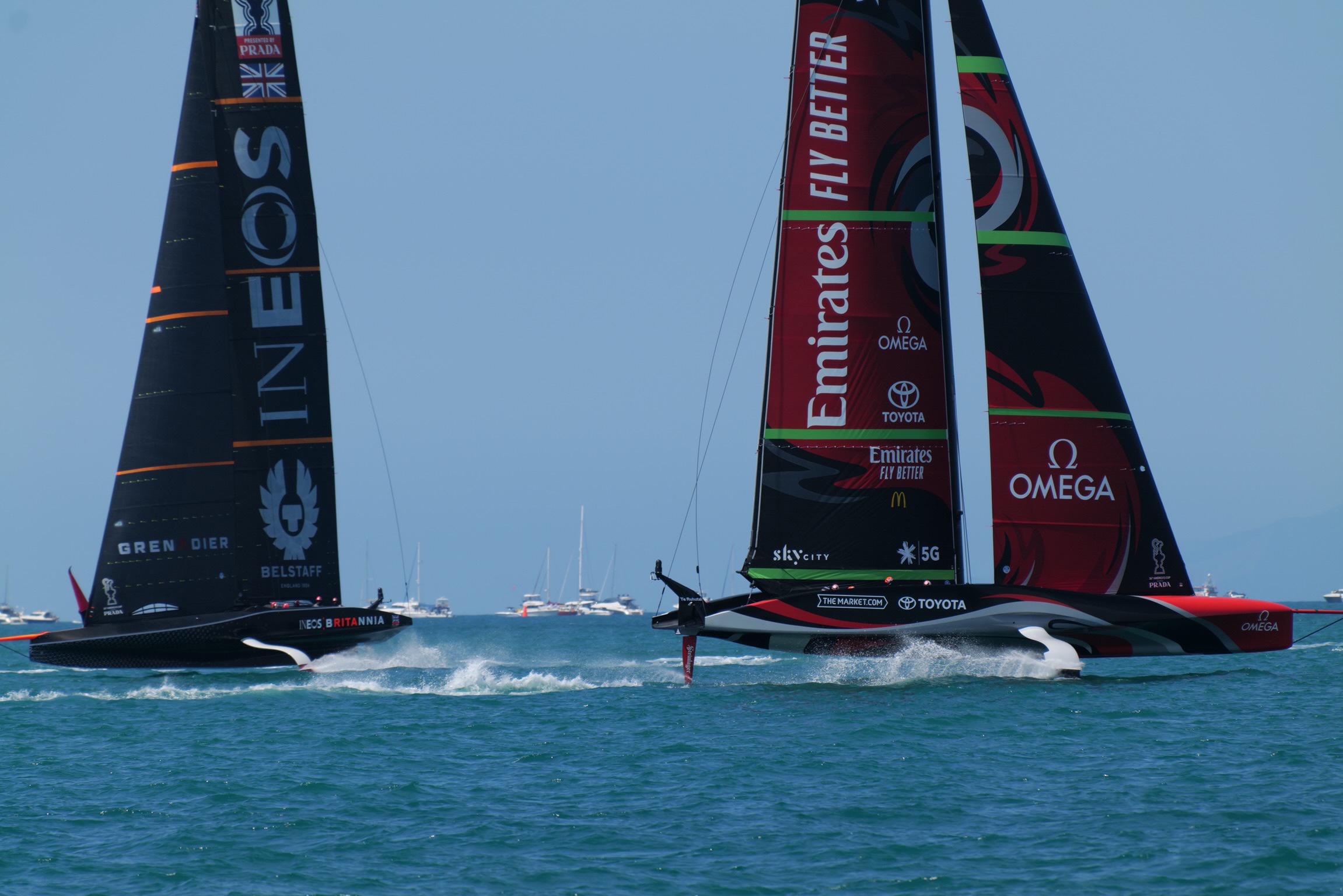 A lack of meaningful breeze out on the Hauraki Gulf today put paid to racing at the Christmas Race regatta. One race – between the beleaguered Ineos Team UK and the ACWS – Auckland regatta winner and America’s Cup Defender Emirates Team New Zealand – but that was abandoned when the time limit ran out. Here’s how Yacht Racing Life editor Justin Chisholm saw it play out.

It was hard to believe that things could feasibly get any worse for Ben Ainslie’s British America’s Cup crew after the public humiliation they endured yesterday after two races largely spent willing their lacklustre AC75 into flight mode.

To give credit where it is due, hats off to Ainslie for his performance at last night’s post-race press conference where I though he showed great forbearance to turn up in person to take the inevitable critical questions, which he answered as forthrightly as he could.

Sad to say the opening race of the Christmas Cup today brought even more ignominy for the Brits as after falling off the foils on the first beat they could do no more than sit helplessly and watch as their Kiwi opponents lapped them before they had even reached the first windward gate.

Shortly after the wind faded low enough to force the Kiwis off the foils leaving both teams sailing downwind in full displacement mode with sails eased. As the New Zealand boat reached the halfway stage of the leg they were still sailing in low ride mode at 8 knots max in winds peaking at time at 10 knots.

Impressively, despite his woes, Ainslie had clearly not lost his sense of humour. When Ineos Team UK caught a little more breeze began to catch the red Kiwi boat he got a laugh out of his crewmates as he wryly told them: “We are smoking here boys.”

Happily for all concerned the New Zealanders could not make it to the finish inside the 45 minutes and the race was abandoned.

Other than the momentary novelty of watching these amazing state-of-the-art high-tech flying monohulls sailing so slowly in displacement mode, there was little to be learned from this race – other perhaps than the brief suggestion in the onboard chat from the New Zealanders on the approach to the final windward mark that a gybe rather than a tack might be the best option to enable them to stay on their foils.

In the end they chose to tack but it will be interesting to see if this option becomes viable in the counting races of the Prada Cup and the 36th America’s Cup Match.