Skip to content
You are here
Home > America's Cup > America’s Cup: Kiwis and Italians return to the water 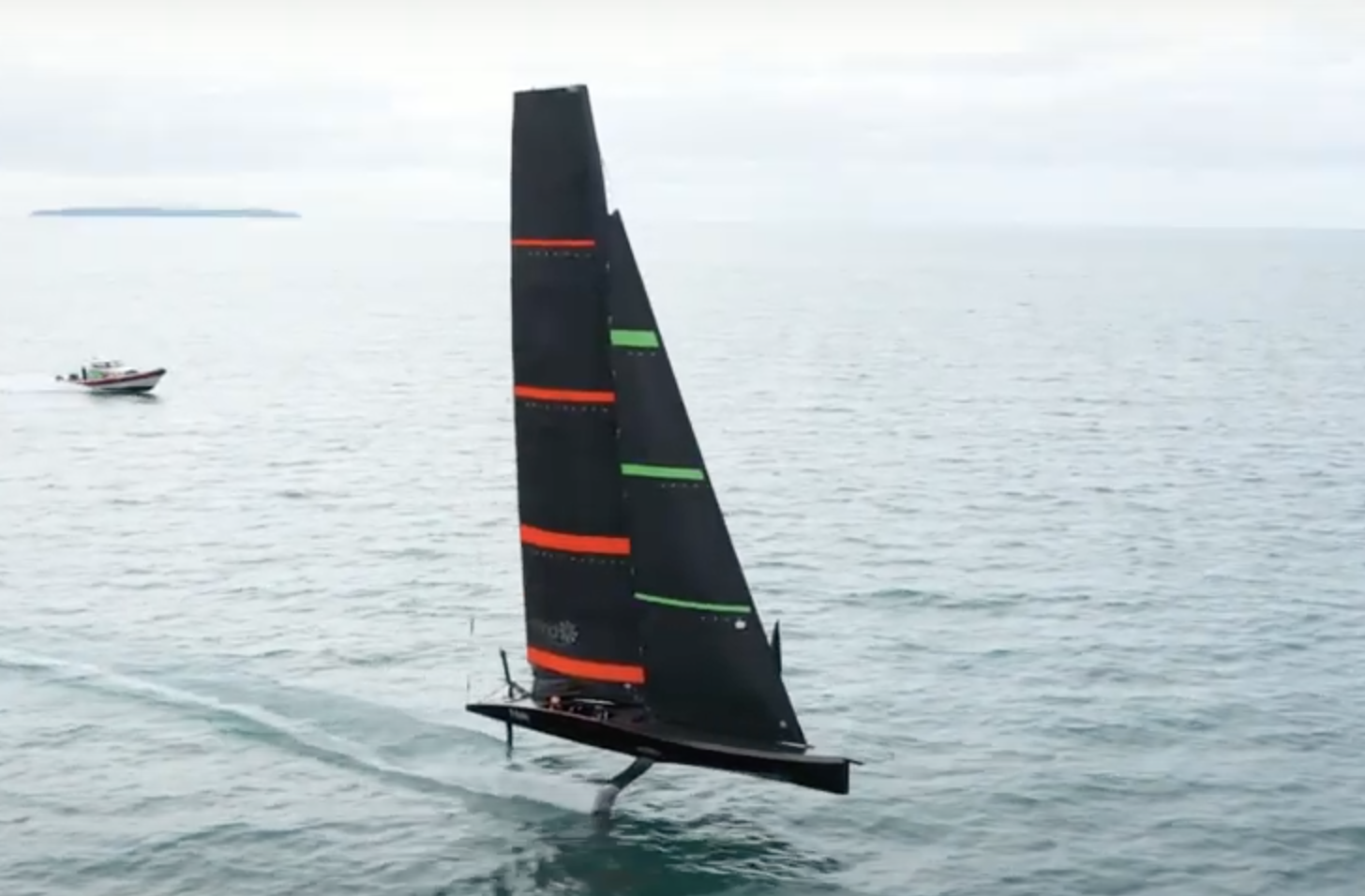 After weeks of confinement due to the Covid 19 global pandemic two America’s Cup teams – the Defender Emirates Team New Zealand and the Challenger of Record Luna Rossa Prada Pirelli Team – have resumed on the water activities.

The Kiwi squad posted a video of the syndicate out training aboard their scale model surrogate boat Te Kāhu this week on Auckland’s Hauraki Gulf, while the Italians are reported to have been in action aboard their first generation AC75 out on the Gulf of Cagliari in Sardinia.

Despite this major step forward we are still a long way from a return to business as usual with both teams respecting their countries guidelines/rules with regards to social distancing.

For the Italians this meant installing electric motors in place of grinders to allow a crew of just five to carry out sail testing sessions.

Meanwhile the Kiwi test boat – which was already fitted with motors – was sailed by what helmsman Peter Burling described as a “skeleton crew” for the teams first training session in five weeks.

For now at least, neither of the other two challengers for the 36th America’s Cup – the British syndicate Ineos Team UK and the American campaign NYYC American Magic – are believed to have been able get their AC75s on the water, due to local pandemic restrictions in Portsmouth, England and Pensacola, Florida respectively.