Skip to content
You are here
Home > LATEST > America’s Cup: It ain’t over ’til it’s over 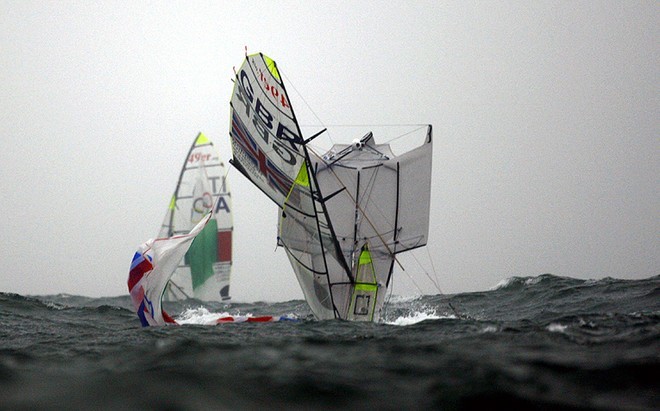 It’s the nature of yacht racing that nothing is ever certain. No matter how big your lead, victory is never assured. No matter how far ahead you are around the last windward mark, you haven’t won the race until you make it down the last run ahead of the fleet.

The three shortlisted venue bid teams for the 37th America’s Cup know must surely know what I’m talking about. Ireland, Saudi Arabia, and Spain have all at some point led the race to host the next edition of yachting’s premiere event, expected to take place in 2024.

But on the eve of the announcement deadline set by the Defender Emirates team New Zealand none of the three have yet managed to poke their bow across the finish line.

Spain’s Valencia-based bid looked strong for a good while.

The Mediterranean city successfully hosted the 32nd and 33rd America’s Cups and seemed to tick the boxes on TV-friendly time zones and the potential for huge spectator numbers. But in the end they just couldn’t get access to the government money, and that forced a reluctant and disappointing retiral from the race late last week.

All was not lost for Spain, however. It turned out that, unbeknown to everyone outside of the bid process, the Spanish had a second boat in the race the whole time.

When the ‘All of Spain’ bid came out of stealth mode it was reportedly with high level government support and access to the funds required to bring the America’s Cup to Barcelona.

That was a good enough proposition to put them at the front of the fleet with just a week to go to decision time – if they could actually get the necessary government signatures. They say they can, but those in the know when it comes to dealing with Spanish politicians tell me that nothing is going to happen quick enough for a decision before tomorrow’s deadline.

READ ON AT CUP INSIDER