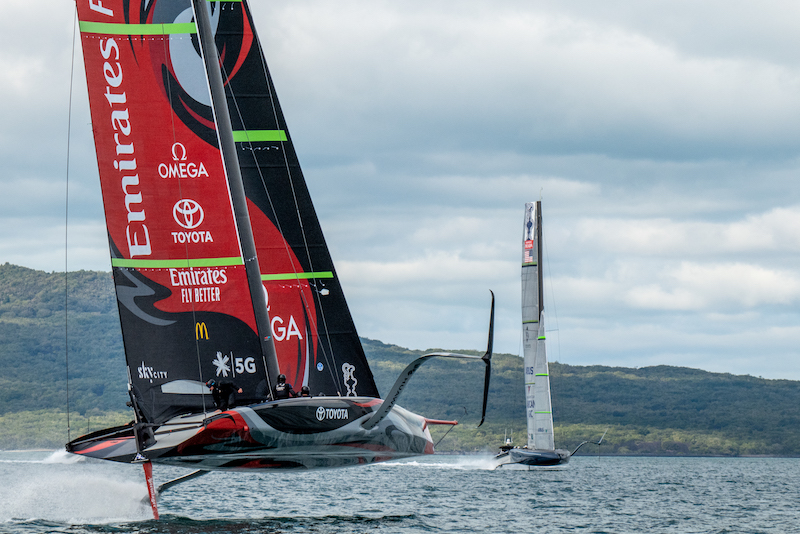 America’s Cup fans around the world will be able to enjoy coverage via all forms of media on every screen in 2020 and 2021. The primary objective of the live broadcast of the 36th America’s Cup is to make this the most viewed and accessible America’s Cup competition.

Set against the picturesque background of the Hauraki Gulf of Auckland, New Zealand, with a new title sponsor, PRADA, and in a dramatic new class of racing yacht, the AC75, the world’s best sailors will race to win the oldest trophy in international sport.

“Since we won the America’s Cup in Bermuda in 2017, we have always stated that our objective was to make this America’s Cup the most inclusive and accessible America’s Cup in its 170 year history. And a big part of this is making the broadcast of the events as widely available as possible via national free-to-air networks, supplemented by major pay channels, and on our website and digital platforms,” said Grant Dalton, CEO of the Defender, Emirates Team New Zealand.

Patrizio Bertelli, CEO of COR 36 (Challenger of Record), added: “Since the very beginning of this edition we have prioritised the quality of broadcast production and the wide distribution – with the broadcast of the America’s Cup to the largest possible audience – over an economic return. We are therefore very pleased that so many national “free-to-air” channels and major pay networks will show all the events of the PRADA America’s Cup World Series Auckland, the PRADA Christmas Race, the PRADA Cup, and the 36th America’s Cup. We are confident that our commitment will receive in return a record audience.”

Racing in the spectacular AC75s in Auckland, New Zealand will begin on 17-20 December 2020 with the PRADA America’s Cup World Series Auckland and the PRADA Christmas Race. The PRADA Cup, the Challenger Selection Series, begins on 15 January 2021. The winner of the PRADA Cup will meet the Defender, Emirates Team New Zealand, in the 36th America’s Cup Match starting on 6th March 2021. 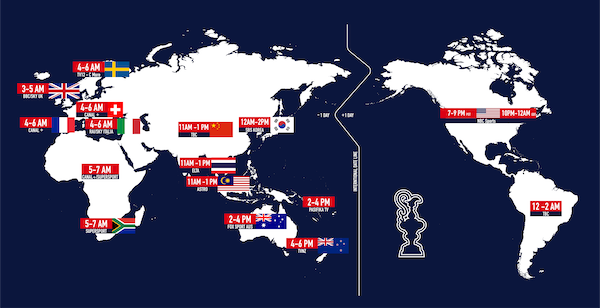 To ensure both the most accessible and most complete live and highlights coverage from broadcasters in well over 120 territories, the 36th America’s Cup has partnered with free-to-air and pay networks including:

With just under three months still to go before the start of the PRADA Cup, further broadcaster deals are in the pipeline and a second wave of partnerships will be announced before racing starts this December.

Complementing broadcaster partnerships, the America’s Cup will also make extensive live coverage, race highlights and clips available online for free via www.americascup.com and its digital channels ensuring that sailing fans in over 225 countries will have opportunities to enjoy the live racing from Auckland. This is ever more important in the light of a travel restricted world.

“For this America’s Cup we have started from scratch with the entire race management and TV broadcast system. No one has covered these amazing AC75’s before, this will be the first time it has been done and it has been our intention to build the broadcast around the spectacle of two AC75’s Match Racing in one of the most iconic sailing locations in the world,” said Grant Dalton.

“The work undertaken by everybody involved in the TV production development over the past couple of years has been remarkable; all the broadcast equipment and team are now arriving in Auckland, New Zealand, from all around the world and we are really looking forward to seeing the AC75 regattas televised with many innovations planned for this edition,” concluded Patrizio Bertelli.