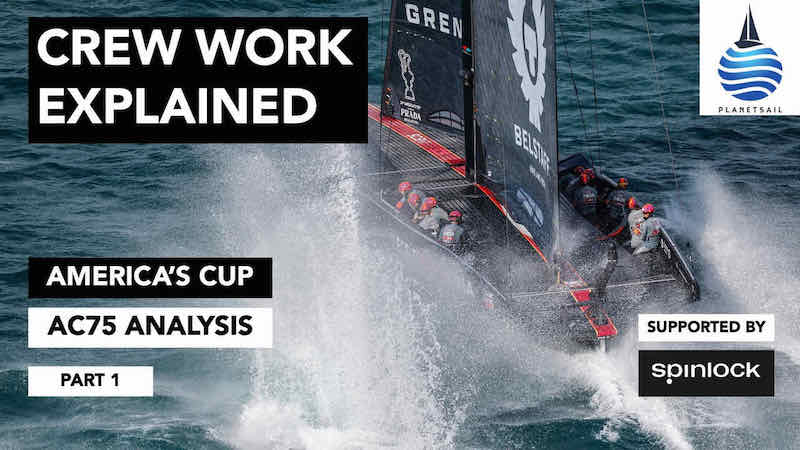 The spectacle of an AC75 at speed in flight is breathtaking but to learn to fly these amazing boats at speeds that have scarcely ever been achieved has meant the teams have had to climb a close to vertical learning curve.

The technology is totally new – as is the concept and even the language that the crew use to communicate – so how do the crews handle an AC75?

PlanetSail’s Matt Sheahan talks to foiling supremo, multiple world champion, America’s Cup sailor, and Olympic gold medallist, and now America’s Cup commentator Nathan Outteridge who has been studying these boats and the way that they are sailed since they were first launched down in Auckland.

It’s a fascinating insight, so good in fact that PlanetSail have split the feature into two parts. Here is part one, with the second episode to follow.