Skip to content
You are here
Home > America's Cup > America’s Cup: Ineos ‘in the thick of the fight’ says Ainslie 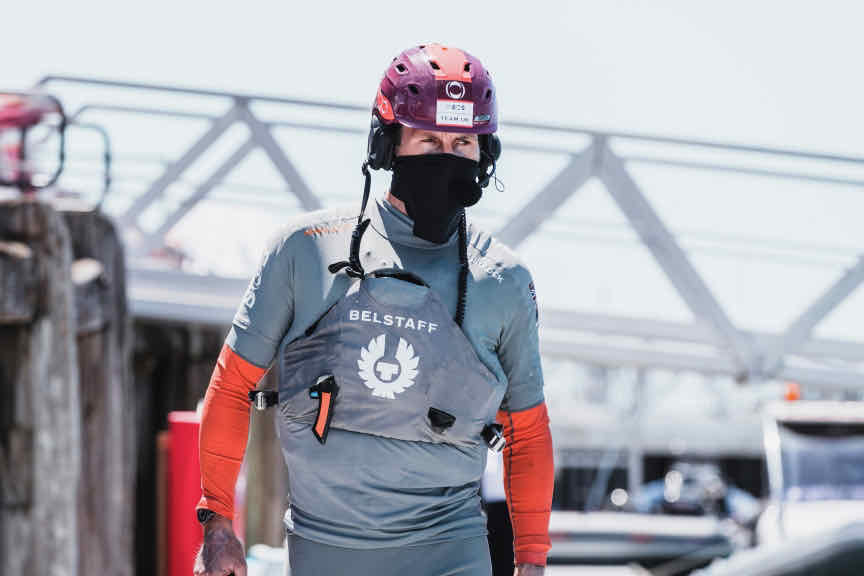 Britain’s Ben Ainslie – skipper and team principal of the Ineos Team UK syndicate challenging for the 36th America’s Cup in Auckland, New Zealand has issued a rallying cry to his team and its supporters on the eve of the resumption of racing in the Prada Cup Challenger Selection Series.

Ainslie’s squad go in to the second weekend of racing with a steep mountain to climb after losing all four races on the opening weekend to the Italian Luna Rossa Prada Pirelli Team. With the Italian crew just three race wins away from closing out the first-to-seven series, the British know that they have to start winning races and there is now precious little room for any mistakes.

Writing in the team’s email newsletter to its fans, Ainslie said the team had been using their time wisely this week to “take a good hard look at our previous races in the Final and analyse our performance”.

With no scope under the rules to make major modifications to the boat Ainslie said the team had been focusing its time on improving its technique on the water – particularly in the lighter winds where they had proved to be at a disadvantage against Luna Rossa.

“Some of these racing techniques, particularly through the manoeuvres, are very subtle,” Ainslie wrote. “There is so much that goes into a single manoeuvre, from the sequencing of changing the load between the boards, the main and jib transfers, the rate of turn and more.

“We have been looking at that and seeing how we can make gains because, whilst there wasn’t a huge amount between the two teams, we weren’t quite as strong as the Italians in our tacks.”

Another area where the British were exposed was in the pre-start and Ainslie confirmed the team had been putting plenty of effort in to coming up with a fresh approach for the upcoming races.

“The more the teams race, the better we are at figuring out each other’s plays in the pre-starts. It’s starting to get very interesting how each team reacts to the pre-start race strategy of the other team. Nailing our strategy, boat handling and the split-second timing will be key in potentially catching the other team off-guard and taking the lead from the start.”

The forecast for the weekend calls for light winds on Saturday and Sunday and Ainslie & Co. know they will have to come up with something special to outsmart their Italian rivals who have consistently looked the more comfortable team at the bottom end of the wind range.

“When you get to the lighter end of the spectrum it’s all about which team can stay on the foils the longest, is generating the least amount of drag with their foils and is able to accelerate fastest out of the manoeuvres,” Ainslie said.

“The Italians, along with the Kiwis, have shown to be the stand-out teams in the lighter air to date. So for us, again, the past few days have been about working on improving our techniques in the light wind and trying to counter their capabilities. If we can do that, get a good start, and then make the right decisions on where the wind is on the course, we know we can get ahead and stay ahead.”

To come back from a four to nothing deficit is without doubt an enormous challenge to take on – especially in conditions which favour your opponent. It is, however, far from an impossible task and it’s one that Ainslie says he absolutely believes the British team can achieve if they remain calm and keep their focus.

“All through this challenge we have kept our emotions level,’ he said. “We stick to our processes, do the best job we can and take each race as it comes. That will continue to be our approach.

“We know we need to start winning some races and we believe we can. The team has been brilliant across the board and has not wavered a single minute. Not a single person in the team has not lived up to the challenges that we have faced.

“We are in the thick of the fight right now, we will give it our best shot and I have every confidence in the team that we can come through this,” Ainslie concluded.