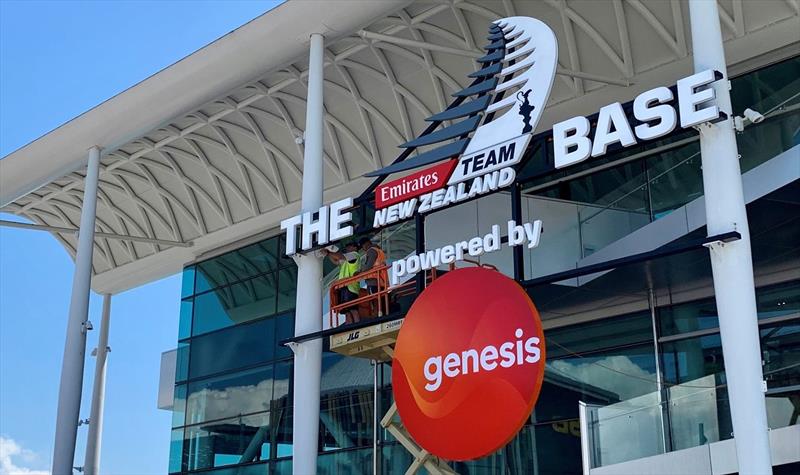 An independent report into allegations of financial impropriety by America’s Cup Defender Emirates Team New Zealand with regards to the organisation of the 36th America’s Cup appears to clear the syndicate of any wrongdoing.

In reference to question of whether the team is allowed to charge for the AC36 Event and Class Design Costs Emirates Team New Zealand were criticised for not putting a time recording system in place to allow accurate itemisation of the recharged costs.

The Ministry of Business, Innovation and Employment (MBIE), in consultation with host partner Auckland Council, has completed its audit into allegations made against Emirates Team New Zealand Limited (ETNZ) and America’s Cup Event Limited (ACE).

The Beattie Varley report found that there was no evidence of financial impropriety or misappropriation of funds.

Ministry of Business, Innovation and Employment Chief Executive Carolyn Tremain said, “While it’s excellent to confirm that there has been no financial impropriety and the escalation process has concluded, the Beattie Varley report had raised some concerns around record keeping relating to several historical matters.”

The process began after MBIE and Auckland Council (as Hosts) were made aware of claims relating to the organisation of the 36th America’s Cup, which prompted an investigation by forensic accountants Beattie Varley and triggered an escalation process under the Host Venue Agreement.

“It was important to work through the audit process, and confirm that there was no financial impropriety or misappropriation of funds,” said Carolyn Tremain.

The matter regarding the third party fraud that ACE/ETNZ were a victim of has been satisfactorily resolved from MBIE’s perspective. MBIE are satisfied that any loss as a result of this scam won’t be paid for by any Crown investment.

The Beattie Varley report noted that a contractual disagreement was outstanding, regarding whether the AC36 Event and Class Design Costs is a cost that should be borne by the event, and therefore, ultimately, by Crown investment. The Parties have agreed to go to mediation on this issue.

Carolyn Tremain said “There is no wrongdoing in this regard and the processes for resolving contractual disagreements is well established and we look forward to continuing to work constructively together on this matter. ETNZ and ACE have a different view from MBIE on whether the AC36 Event and Class Design Costs should be borne by the event.”

ETNZ and ACE CEO Grant Dalton said “With the departure of the previous event managers, we have undertaken a thorough review of our personnel and we have the team to deliver on the event. We have engaged experienced and respected senior event professionals to lead the Event preparations.”

Carolyn Tremain said “It is in all of our interests that we continue to work together to deliver a successful event. Hosts acknowledge the positive progress ACE has made with regard to delivery planning and resourcing. Our expectation is that operational matters will continue to be resolved at the project management level.

“The Crown is satisfied to reinstate investment and once the appropriate contractual deliverables have been met, the next payment under the HVA can be made.”

Carolyn Tremain said “The America’s Cup is an important event for Auckland and for New Zealand, and even more so as we work through and recover from the impacts of COVID-19. I look forward to working closely with ACE to deliver a world class event we can all be proud of.”

Sir Stephen Tindall, Chairman of ETNZ, said “We are pleased to have this behind us and ACE can now focus on putting on a great spectacle, and ETNZ on keeping the Cup in New Zealand.”

The summary findings of the report can be viewed HERE, as prepared by Beattie Varley.