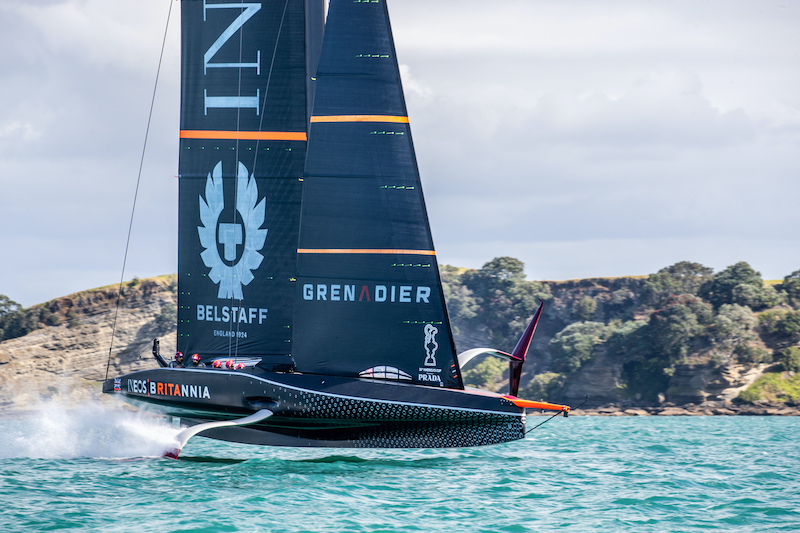 Sir Ben Ainslie’s British America’s Cup challenger Ineos Team UK has received an inspiring good luck wishes from Her Royal Highness The Duchess of Cambridge in her capacity as Royal Patron of the team’s official charity, the 1851 Trust.

The message was received ahead of the 100+ strong team racing their revolutionary 75-foot flying monohull, BRITANNIA, for the first time in Auckland, New Zealand as they get ready to compete in the America’s Cup World Series and Christmas Cup From December 17-20.

The America’s Cup World Series is a preliminary regatta ahead of the America’s Cup which will see all four teams representing UK, USA, Italy and New Zealand, race against each other for the first time in their respective AC75 boats. It is the first and only opportunity for the teams to race before the challenge for the America’s Cup starts in earnest in the Prada Cup, the Challenger Selection Series, on 15th January 2021.

The America’s Cup is sports oldest international trophy and Royal support for Britain’s challenge to the win the ‘Auld Mug’ first dates to the original race in 1851 around the Isle of Wight, when Queen Victoria saw America in first place and asked who was second, the reply came; “Ah, Your Majesty, there is no second.” That phrase, just four words, is still the best description of the America’s Cup and how it represents the singular pursuit of excellence. Despite starting in England 170 years ago, a British team has never won the America’s Cup.

Thanks to Ineos’ vision, 2021 will see the first back-to-back British America’s Cup challenge since Sir T.O.M. Sopwith’s second attempt in 1937. Continuity is key in a sport that requires precision design engineering alongside the best sailors to succeed.

“We can’t wait to get racing this has been three years in the making”, said Ben Ainslie, “these remarkable America’s Cup boats are so complex that the first racing in the America’s Cup World Series will be a steep learning curve for all the teams, and whilst the teams won’t be in their final configurations, I have no doubt that it will be a great spectacle for the fans.

“We really hope that the British public will get behind us in this challenge of a lifetime. Sailing is a major sport out here in New Zealand and the anticipation is building for it to be a huge spectacle. We are very grateful to The Duchess of Cambridge for her message of support and for those unable to join us here in Auckland we plan to put on a good show for you.”

The Duchess of Cambridge is the Royal Patron of the 1851 Trust, the official charity set up by Sir Ben Ainslie six years ago. The Trust has developed a world class digital education platform using the power of the sport to engage young people in science, technology, engineering and maths (STEM) subjects. STEM Crew saw a 100% increase in usage over the lockdown period with more than a third of UK secondary schools registered.