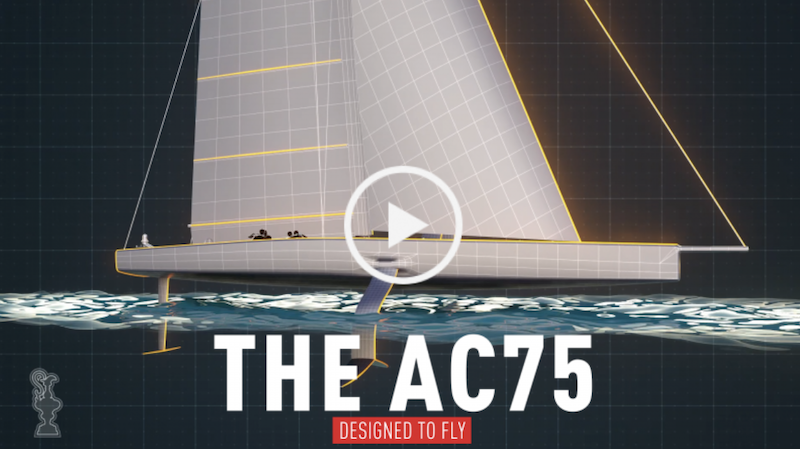 It was August 2012 when the sailing world was turned upside down by a 72-foot catamaran flying in the Hauraki Gulf. Emirates Team New Zealand had brought foiling to the America’s Cup and changed the face of top-level yacht racing forever.

Since then the increase in performance for America’s Cup boats has been greater than at any point in the 170-year history of the event.

Six years later, in 2018, the publication of the AC75 Class rule marked the beginning of a new sailing era. Nowadays foils are commonplace, but the engineering and sailing techniques needed to get the AC75 to fly are completely different from anything seen before.

To start with, the AC75 is big – 75-feet long and 16-feet wide – but, it’s also light, which is crucial, because the AC75 is designed to fly. It’s also different – rather than a keel, a brand new concept keeps it standing. Foil Cant Arms move under, or outside, the boat to provide the leverage it needs to stay upright.

Some parts of the boat are supplied or specified – the mast tube, rigging, foil-cant arms and their hydraulics are all stock components. But, there are still plenty of areas that designers can experiment with to find a race-winning edge.

A new evolution this America’s Cup is the twin-skin mainsail. The double-sail skins combine with the spar to form a wing, generating the power the AC75 needs to foil.

Underwater is where things get really interesting this America’s Cup, but the story starts inside the boat. The foil cant system is brand new technology, a battery-driven hydraulic power-unit that supplies the energy to lift and lower the immensely strong, and heavy foil cant arms. 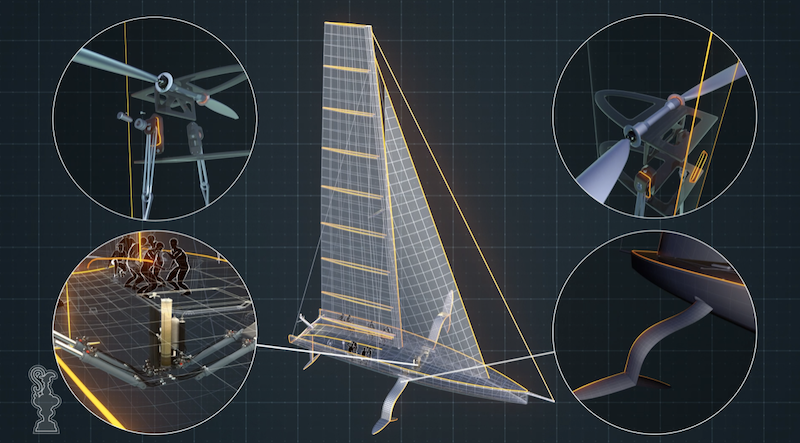 As the boat swaps tacks, the cant system is activated, placing one hydrofoil in the water, and lifting the other one out, where its weight becomes ballast.

At the end of the arms lie the teams’ secret weapons – the foil wings. Apart from basic rules governing dimensions and weight, these are open territory for designers.

We have seen a lot of development so far, but with the launch of the second generation of AC75s just around the corner, there could be a lot of changes yet to come.