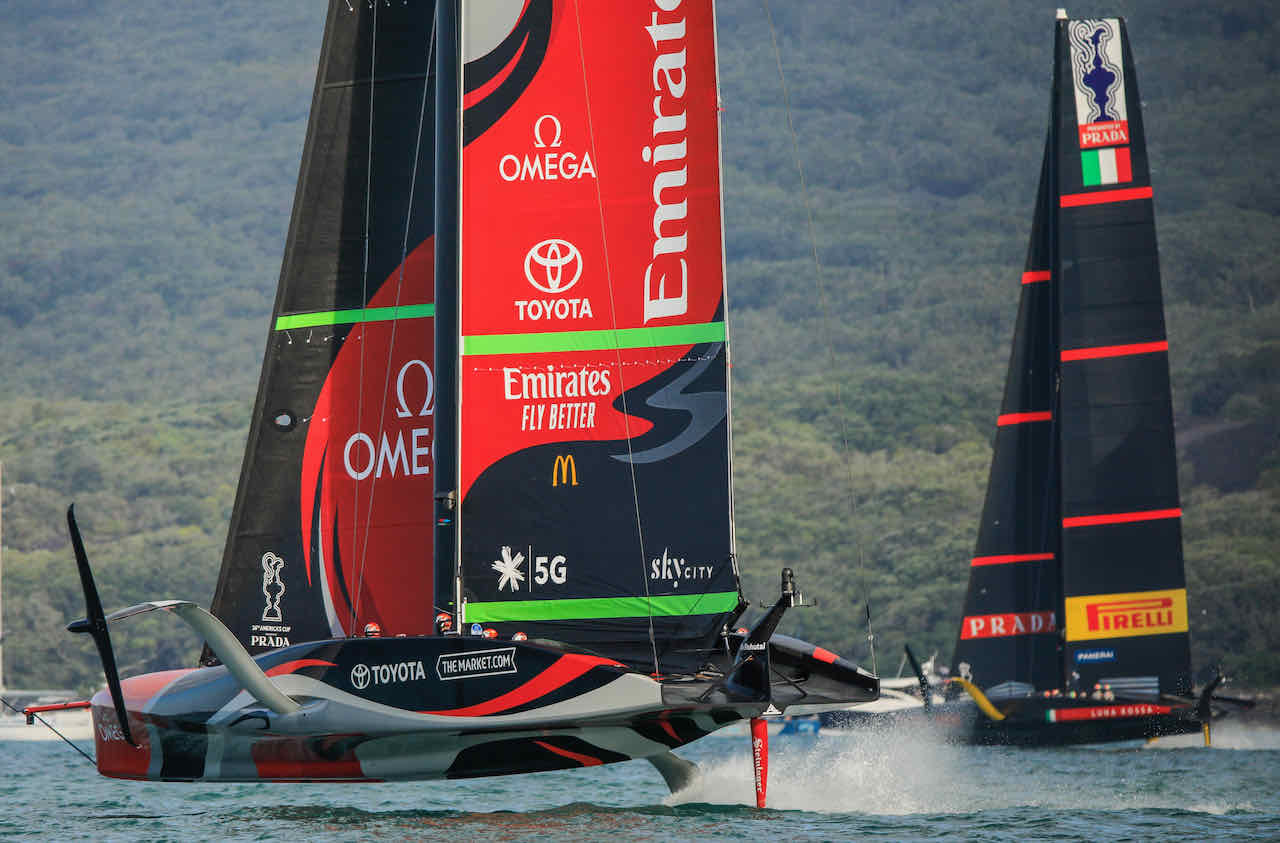 America’s Cup Defender Emirates Team New Zealand has offered its congratulations to the Italian syndicate Luna Rossa Prada Pirelli Team on its resounding victory over the weekend in the Prada Cup Final against Ineos Team UK and says it is looking forward to a rematch of  the 2000 America’s Cup between the two teams in Auckland 21 years ago.

“We have been waiting and watching each of the Challengers for the past few years and now we finally know who we will be racing and who we need to beat to successfully defend the America’s Cup,” said Emirates Team New Zealand’s Peter Burling in a press release issued overnight.

“We have always known Luna Rossa will be passionate, creative and strong across the board, a few of their guys were teammates last time, so we know them well and they know us.”

“It is now just 12 days until the first race, we have been waiting years for this opportunity to race, so we are incredibly excited about the start of racing on March 6,” Burling said.

“Already you can sense the intensity has risen yet another notch internally now we know we will be racing Luna Rossa and our complete and utter focus is now zeroed in knowing that we need to be better than them across the board.”

Emirates Team New Zealand showed respect to towards the defeated British and American Challengers, Ineos Team UK and American Magic, who they say both ‘contributed a huge amount to this America’s Cup’. as ‘brave and determined teams that will only continue to gain in strength’.