Skip to content
You are here
Home > America's Cup > America’s Cup: Dealing with the challenges of the new normal 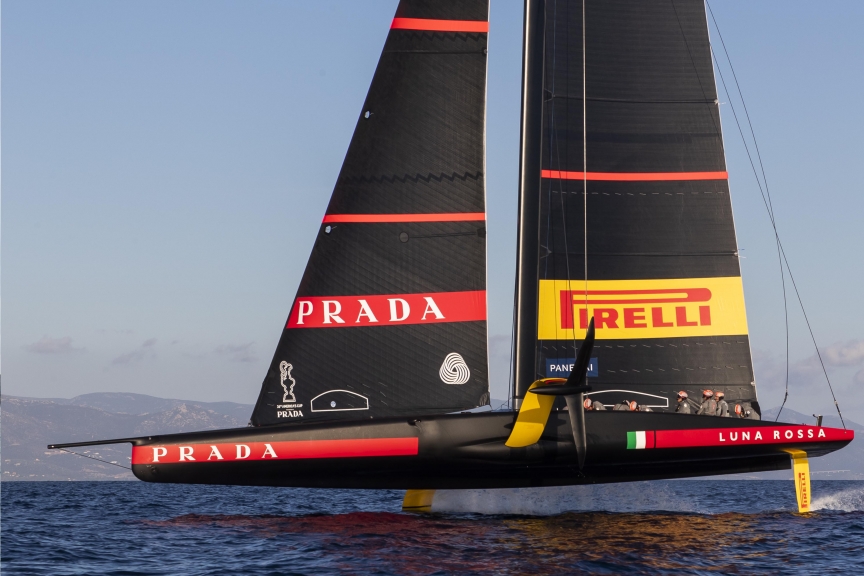 But for the scourge of the Covid-19 pandemic turning everyone’s reality upside down, today the eyes of the sailing world would have been focused keenly on Cagliari, Sardinia to see how the first ever competitive action between the revolutionary AC75 foiling monohulls of the 36th America’s Cup would play out.

Now though, instead of coming together for four days of one-on-one match racing that would have no doubt given huge pointers to which of them had got the design process right or wrong, the competing  teams  have had to retreat to their respective team bases, forced to sit on their hands and – along with the rest of us – try to work out what the future holds.

Today’s press release from the America’s Cup organisers lays out the challenges of the new reality the teams now find themselves operating in.

Like everyone in the world, the America’s Cup is not untouched by the effects of the COVID19 Coronavirus. Very quickly it became apparent that the unavoidable but regrettable cancellations of the much-anticipated ACWS events in Cagliari and Portsmouth would have to happen.

In a parallel world, all of the teams would be assembled in Cagliari now, poised to lock horns with their respective AC75’s on the azure Mediterranean waters on day 1 of a 4 day regatta. It was to be the most anticipated yacht racing since the 17th June 2017 and would eventually provide a stark gauge on where each of the America’s Cup teams stood in their first-generation AC75.

For one or two teams it may have meant they were comfortable continuing on the path they had chosen, for the others a frantic review of their previous decisions, designs and subsequent roadmap between now and December, which is the next scheduled opportunity to line up.

But back in the real (although unreal) world amidst the global COVID-19 pandemic it is an altogether different and fluid path ahead for all of the teams in their home countries in how they now approach the 36th America’s Cup presented by Prada both philosophically and logistically with all of the changing variables day to day.

They have no more information on their relative performance other than what they already know via differing levels of early reconnaissance. Do they trust their initial instincts? Their current design knowledge and interpretations of the class rule? Or do they change their approach based on certain nuggets of information that contribute to an overall incomplete puzzle?

American Magic’s Skipper Terry Hutchinson acknowledged recently, “We missed the opportunity to see where we are vulnerable,” by not being able to race in Cagliari or Portsmouth “It’s going to require us to lean that much harder on the design side of the program.”

The biggest question mark though is the progress on each of the teams highly anticipated second AC75’s currently in production in their home countries. Build timelines that were well established long before COVID19 had made itself known to the world are near impossible to change without flow-on effects to the wider campaign. Some production continues, some has been halted. Do the teams complete the build at home, or get their new boats to Auckland to finish? Do they ship them or fly them direct to Auckland. And most importantly- how will they compare relative to each other when they eventually see the light of day.

If there is one thing that is guaranteed in the America’s Cup- that is to expect the unexpected, and COVID-19 has certainly thrown the biggest cat amongst the pigeons the event has seen in a long long time.

On the face of it, the pandemic has contributed to a significant pile of unforeseen challenges for all of the teams that are both in and out of their control. A more optimistic approach might be to consider the opportunities it could bring in the way the teams can react, adapt and the decisions they make in design, testing, logistics and planning day by day. The best team to deal with the unpredictable will probably be the team with the America’s Cup high above its head in March 2021.

In that respect this America’s Cup almost seems normal – just with a more immediate challenge of navigating the global battle with COVID19.