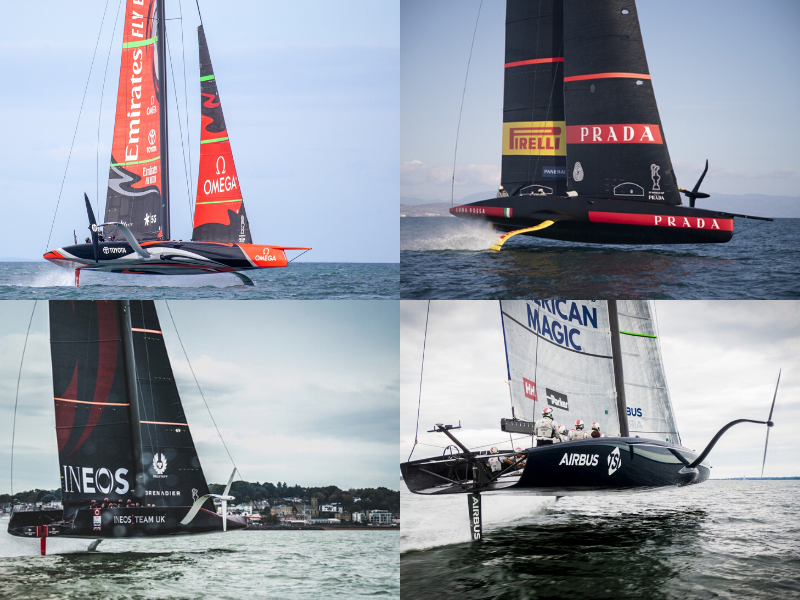 The opening event of the 36th America’s Cup – the America’s Cup World Series regatta in Cagliari, Sardinia, scheduled for April 24 – 26 – could be at risk due to the Coronavirus outbreak in Italy.

Earlier this week Italy’s government announced a lockdown the entire country until April 3 – including a ban of all public events.

Four teams – Defender Emirates Team New Zealand, Challenger of Record Luna Rossa Prada Pirelli Team, INEOS Team UK, and NYYC American Magic – are due to compete at the four-day match racing event which would be the opening event of the 36th edition of the America’s Cup and the first time the revolutionary AC75 foiling monohulls would race.

The Luna Rossa and INEOS syndicates are already in Cagliari at their training bases, while ETNZ have their boat and infrastructure on route by ship. Meanwhile American Magic are yet to ship their boat from their winter base in Pensacola, Florida.

A statement issued yesterday by Challenger of Record 36 srl – the organisation responsible for running the event – read:

“The Challenger of Record 36 (COR 36) organisation is closely monitoring the developments regarding the Corona Virus outbreak and any potential impact on the America’s Cup World Series Sardegna – Cagliari regatta scheduled for April 23 – 26, 2020. At this stage there are no elements which prohibit the ACWS Cagliari – Sardinia to take place on schedule (23rd to the 26th of April), the Italian government’s decree of suspension of the sport activities/events expiring on the 3rd of April.

Any further updates from COR 36 regarding the ACWS Sardegna – Cagliari event will be posted on the America’s Cup website.”

A meeting between the Challenger teams – but not the Defender – is reported to have taken place yesterday, but no outcome has been announced.

Plans for the second ACWS event in Portsmouth are “on track” according to a statement issued today by organisers Origin Sports Group and Emirates Team New Zealand.