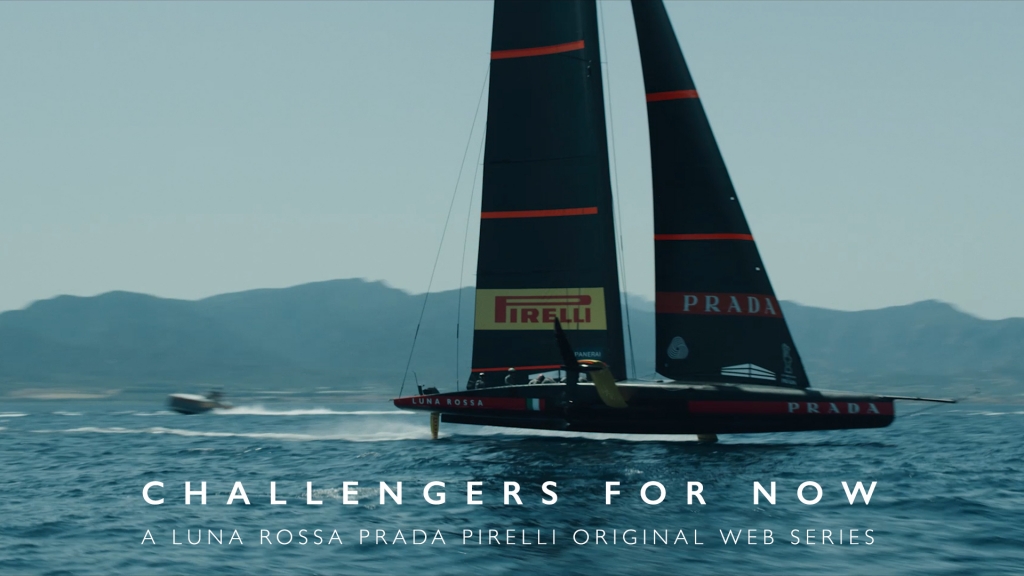 The ‘Challengers for Now’ seven-part video series chronicles the journey of the Italian  Luna Rossa Prada Pirelli Team – Challenger of Record for the 36th America’s Cup – from the syndicate’s home base on the Mediterranean island of Sardinia to the America’s Cup venue, Auckland in New Zealand.

What does it take to win the America’s Cup? You need a boat, a team, and a lot of willpower. It’s this need to win that pushes a team to fight all the way to the end. The America’s Cup is a challenge against oneself.

How do you build a boat that flies? Luna Rossa is an amazing technological object. Not only is it a boat, it is an ongoing challenge in constant evolution. Sailing on her, with her, is a unique feeling, it’s almost like flying.

Designing a new class means experimenting, pushing limits to the maximum, until you reach the breaking point. But only when you know how far you can push can you understand from where to start again.

In an America’s Cup campaign time is the most precious commodity, where you have almost no margin for error. Time is also your worst enemy; the team works relentlessly around the clock to optimize every minute it has to be back on the water as quickly as possible. But every day there is a new challenge to be faced.

At the Cagliari headquarters after the lockdown activities have resumed and training sessions revved up. Mastering a machine as complex as an AC75 requires many hours on the water and on the simulator to learn how to control the unpredictable.

Everyone has a challenge to win. But only as a team can one achieve great accomplishments. A group of over one hundred people, by collaboration and sharing, turns into a close-knit and motivated team.

Details are crucial and make the difference. Infinitesimal grams are stripped off the hull to gain fractions of knot-speed on the water: races are won also thanks to these little numbers.

The team gets ready to leave Cagliari and move to Auckland – a complex logistical operation that requires includes loading the team’s AC75 aboard an Antonov cargo plane.  Meanwhile, the countdown to the first event has begun.