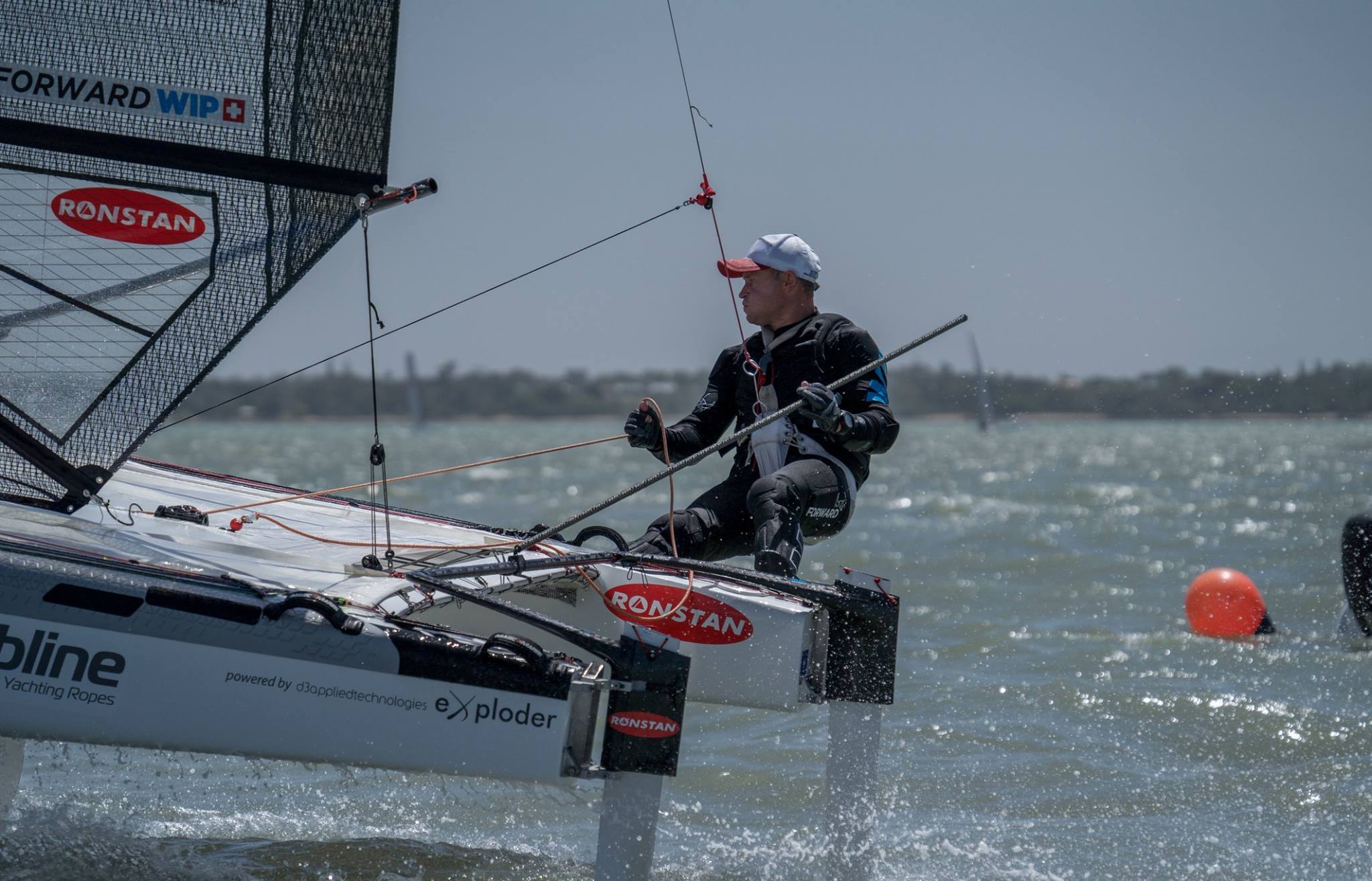 The three Emirates Team New Zealand sailors trained and tested their boats together during November prior to taking on the 69-boat championship.

Similarly to the America’s Cup A-Class racing revolves around innovation and design and the trio say lessons learned in their preparations for the regatta can contribute to the development of the new foiling AC75 America’s Cup boats.

That said it was an idea stolen from Emirates Team New Zealand’s victory at the 35th America’s Cup in Bermuda that helped the trio claim three of the top four spots at the worlds.

“We are mimicking what we used to do with the AC50 catamarans in Bermuda” explained Glenn Ashby. “To put more grip on the windward hull (less rake rudder angle) to increase the righting moment and therefore allow the power of the rig to be harnessed to drive the boat faster.

“On the tack and gybe, we pull the controls exactly the opposite to help the manoeuvre happen faster.”