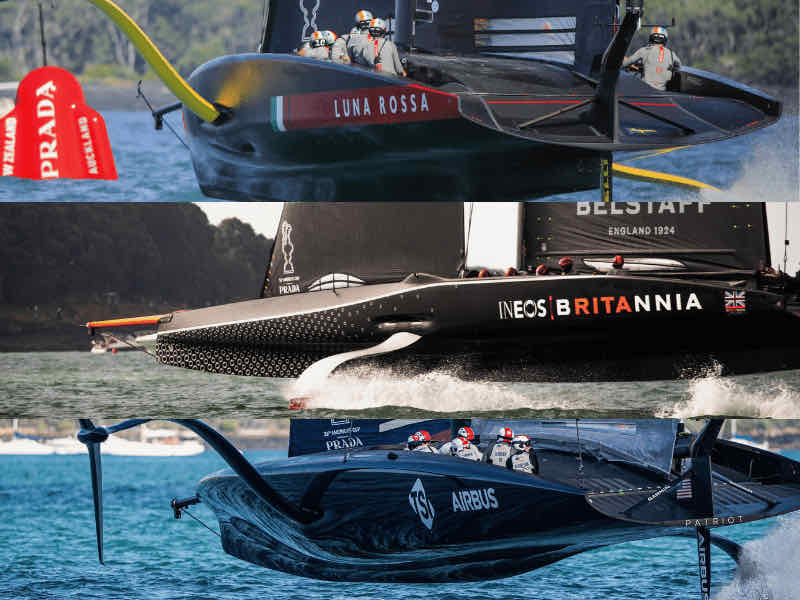 The prelude regatta to the 36th America’s Cup match – the Prada Cup – is set to start on January 15 with the three Challengers – Luna Rossa Prada Pirelli, NYYC American Magic, and Ineos Team UK – going head-to-head to earn the right to race against the America’s Cup Defender Emirates Team New Zealand in the America’s Cup Match.

The PRADA Cup consists of 17 racing days starting with a multiple Round Robin format where the three Challengers will face off each other four times.

The team with the most points at the end of the Round Robins moves directly to the Prada Cup Final, while the remaining two teams compete in a best of seven wins, Semi-Final taking pace between January 29 and the February 2.

The Prada Cup Final takes place between February 13 – 22 and is a best of thirteen race series where the first team to reach seven points will win the Prada Cup trophy and become the official Challenger  for the 36th America’s Cup presented by Prada and to race against Emirates Team New Zealand.

The Prada Cup racing schedule is as shown below.

The December series was crucially important to all of the teams and has revealed a great deal about their relative strengths and weaknesses. Each of the Challengers have been working flat out during the Christmas and New Year period to make improvements to their AC75s and there is great anticipation to see them racing again now that the stakes are much higher.

Two races per day are scheduled during the PRADA Cup, the race window between 1500 – 1800 local time in New Zealand, with the exception of the Final when races which will be between 1600 and 1800.

The racecourse will be a windward-leeward configuration outlined by boundaries with an upwind start and its length (approximately between 1.1 to 2.2 nautical miles) will depend upon the exact location of the course and prevailing weather conditions. The permitted wind range is between 6.5 and 21 knots for the Round Robins and the Semi-finals and between 6.5 and 23 knots for the Prada Cup Final.

The course on which the teams will sail, will be decided every racing day by the Race Management and detailed information for on water spectator will be available on americascup.com