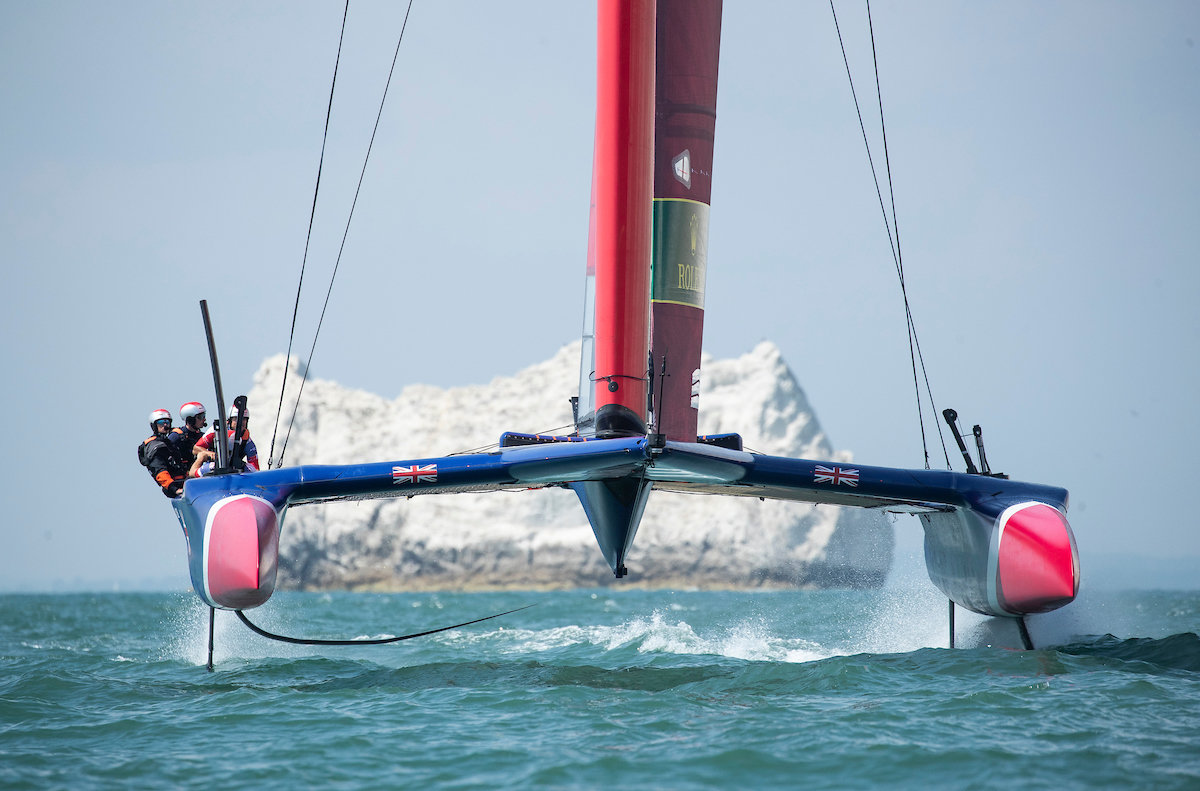 This morning at the OXO2 in London came news that Sir Ben Ainslie, the most successful sailor in Olympic history, will helm the Great Britain SailGP F50 catamaran in its second season.

Following a win in the America’s Cup with ORACLE TEAM USA in 2013, Ainslie formed his own team for the 2017 edition in Bermuda and is now leading INEOS TEAM UK’s bid to win the 36th America’s Cup, in 2021.

“We couldn’t be more pleased to have one of the most successful Olympic athletes of all time across any sport join our global championship,” said SailGP CEO Sir Russell Coutts.

“With crucial support from INEOS, Sir Ben Ainslie and the Great Britain SailGP Team will be contenders from day one and will create even more thrilling competition across our growing league.”
Ainslie’s SailGP team will be announced in the New Year, with a combination of sailors from INEOS TEAM UK, British challenger for the America’s Cup and existing members of the Great Britain SailGP Team.

The new crew format is expected to be finalised in the New Year, but Chris Draper will likely continue to run the SailGP team.

The present helm Dylan Fletcher and the flight controller Stuart Bithell have been confirmed as Britain’s 49er class representatives for the Tokyo 2020 Olympics.

For INEOS Team UK, the move into the SailGP circuit overcomes a significant problem as the long build and test programme for the 2021 America’s Cup provides little racing practice.

INEOS Team UK is currently re-locating to Cagliari in Sardinia, the venue for the opening act of America’s Cup World Series next April 23 – 26, to practice and refine their first AC75, but are not allowed to sail against any other of the AC36 race teams.

The INEOS team has been getting racing practice on the GC32 circuit, but Ainslie sees the highly competitive SailGP series as a key towards America’s Cup campaign,

“SailGP has proven itself as one of the most exciting sailing leagues, with top-level competition and racing in iconic venues across the world,”

“The cutting-edge technology, speed and athletic requirements of the championship will provide a great sporting challenge.

The move from INEOS and Ben Ainslie to be part of SailGP is further testament to the commercial viability of our platform,” said Coutts of the league, which saw a total global TV audience of 256 million in its first season of operation.

Three of the INEOS group of companies, luxury British heritage clothing brand Belstaff and 4×4 vehicle Grenadier are Supporting Partners, along with leading global payments and risk management specialist AFEX, which will serve as the Official Foreign Exchange Partner.

This positive sponsorship move is good news for all the teams on the circuit.

Oracle’s Larry Ellison provided the seed money for the SailGP circuit, but the teams must become entirely self-funded. In a mid-year interview SailGP’s Julien de Baise hinted that if they did not secure at least some sponsorship by the end of the second season, they could be excused from the series.

After showing good speed early in the series, the British sailors were expected to finish on the podium but finished the inaugural SailGP year a disappointing fourth, when they pushed their boat to breaking point in the third and four events on the tour.

It won’t be an easy series for INEOS.

Season One SailGP winning skipper Australia’s Tom Slingsby was quick to comment on today’s news.
‘I’m really looking forward to racing Ben again. We had some great years racing together at Oracle, and
I have a lot of respect for him.

‘However, SailGP is a Nation versus Nation competition, and I want Australia to be the champions again in season two, so for us, he is just another team on the race track we have to put behind us.’
Nathan Outteridge, SailGP Japan skipper, helmed his F50 to a strong second place in season one and he is also looking forward to a tough season ahead.

He commented today ‘Ben is one of the greatest sailors of all time, so to have him a part of Sail GP will further strengthen the competition. The F50’s are very similar to the boats that were used in the Bermuda America’s Cup, so I expect his new team to be competitive from the very first race.’

Third-placed in season one Team China’s skipper Phil Robertson said ‘It’s going to be great to have Ben Ainslie join Sail GP for season two. He’ll be coming in at a very high level having past F50 experience and will be tough to beat. It’s always great to have Ben on the start line, and I’m looking forward to racing him again!’

SailGP CEO Sir Russell Coutts had said before the global league’s Season 1 launch, that he felt the fleet could ultimately expand to 10 national teams each with an event in their own country.

With a seventh F50 nearing completion at Core Builders Composite in Warkworth, New Zealand, another team is expected to be on the Sydney start line, possibly Denmark and that could put Aarhus in the frame as a new venue for season 2.

An announcement from SailGP on season two expansion is believed to be imminent.