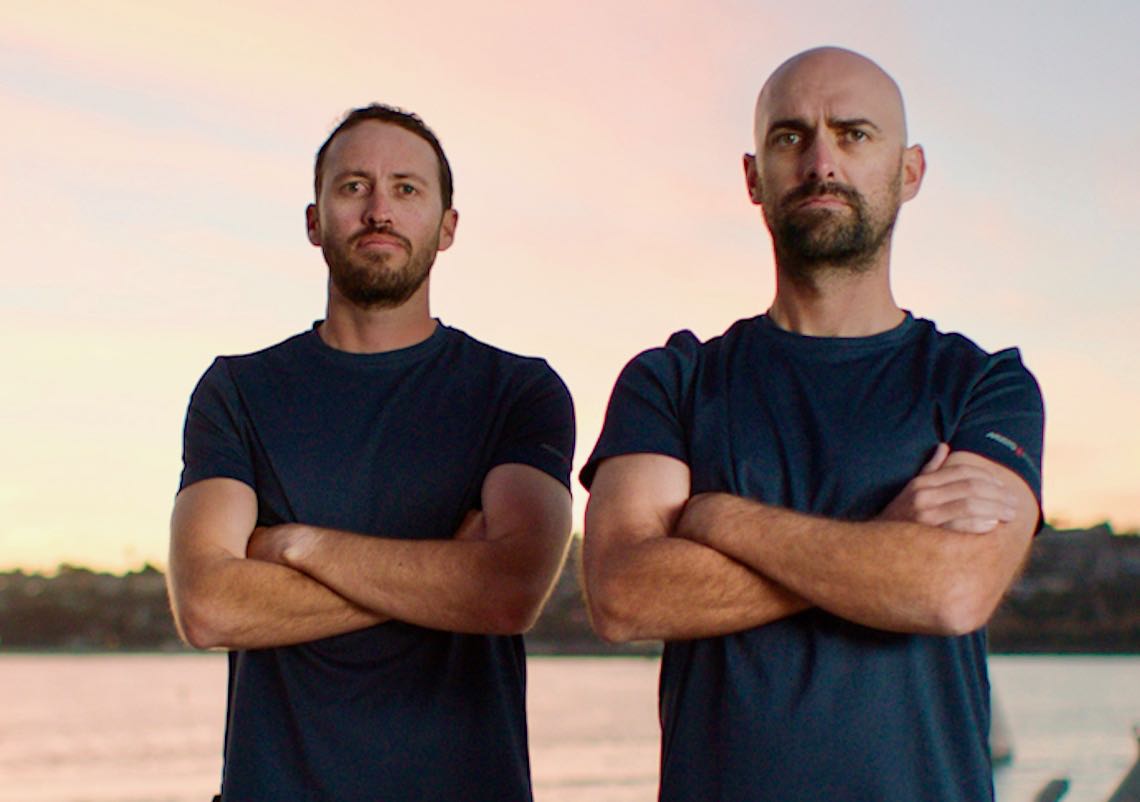 Part one of our interview with American sailors Taylor Canfield and Mike Buckley – the driving force behind the recently-announced Stars & Stripes Team USA challenge – on the duo’s plans to reignite the American sporting public’s interest in the America’s Cup with an authentic and inclusive all-American campaign.

YRL: We know that staging this campaign has been a very long process for you guys. How does it feel to have your America’s Cup entry finally confirmed?

Taylor: It’s been great to be able to finally announce it to the world that we have entered and that we will be there in Auckland.

Mike: It feels great, but we also understand that the real work hasn’t really even begin yet. But right now, we are excited to get to work and build out our team and get out on the water.

We started about 20 months ago with what was a dream of ours and we have certainly had some ups and downs along the way. But we never gave up hope, and you know if you work hard than anything is possible.

YRL: You did a great job of keeping the whole project under wraps until you were ready to announce.

Mike: To make it to the start of this thing it’s a tough balance between letting the cat out of the bag and then, at the same time, telling enough people so you have a shot at fundraising and networking.

But I think our team did a nice job keeping it out of the press but just enough to get the word out there. And we’ve certainly been hard at work trying to make this dream into a reality.

YRL: Lots of people would love to think they can put together an America’s Cup campaign but having the audacity to try to do it is completely different. What was it that gave you the confidence to even begin this process?

Mike: What we’ve done isn’t special. I think that anybody could do what we did. We worked really hard at it and like I said we had a dream. A lot of people have dreams but we just weren’t willing to take no for an answer. That’s kind of how we’re both wired.

What started out as a small sailing goal turned into something much bigger. That’s something we’re kind of realizing day by day. Win or lose, hopefully by the end of this Stars & Stripes Team USA will have inspired some people around the world – that’s what this has really turned into.

YRL: Was there a turning point in the process where the whole thing began to gather some momentum?

Mike: Yes, getting a big win at the Congressional Cup last year was a pivotal point in our campaign. [Earlier this year Taylor and Mike won the Congressional Cup at Long Beach YC after beating a crew from the NYYC American Magic America’s Cup syndicate]. That helped us to develop some momentum on the fundraising side and helped with developing that winning culture with an all-American crew that Taylor put together.

We just got a little bit better every day and began really believed in ourselves and our team. Winning that event was certainly a big part of our campaign, but we also understand that at the end of the day that was one race and it will have no bearing on who wins or loses the actual America’s Cup.

YRL: Tell us a bit about your relationship? How far back do you guys go?

Taylor: Mike and I actually sailed together probably for the first time in I want to say 2011.

Mike: Didn’t we agree to never sail with each other again?

Taylor: [Laughs] I think that was the case at one point, but we’ve come to better terms recently. We’ve done two Congressional Cups together now and we’ve also competed against each other more so.

We were actually teammates in many other classes that we both sail in as well. We’ve shared a coach in the J 70s and so on. But our relationship has developed over the last couple of years. I consider him one of my best friends and one of the people I trust the most.

I think that’s a really important dynamic moving forward – that you have someone you can trust. For me, that’s a big part of what I need, both on and off the water to make this thing happen.

YRL: We get the impression that although both of you are pro sailors, that Mike looks after the business side of it a little bit more than you Taylor. Are we right?

Mike: Yeah, I think the way to view this is that we’re a start-up and so we all wear many hats. I enjoy the business side of it – I enjoy the challenge of all that – but Taylor is also quite business savvy too.

An important point in our campaign was when we started to get a few people to believe in our vision and we were able to put some experienced people in place who are business and organizational experts.

A huge point for us was hiring a CEO [Justin Schaffer https://www.linkedin.com/in/shafferj/ ] and a COO [Tod Reynolds https://www.linkedin.com/in/tod-reynolds-4a91b458/] which took some of the pressure off of the two of us. It also really laid the foundation for our organization – because at the end of the day you’re building a brand and a company that has 70 or more employees.

We’re really lucky to have tremendous leadership in the executive level and not to mention getting a fantastic designer in JV Braun, who’s been in the America’s Cup for 20 years. And our general council, Melinda Erkelens https://www.linkedin.com/in/melinda-erkelens-91124a14/, is an America’s Cup legend on the legal side with Artemis and Oracle.

So the organization is certainly much bigger than the two of us and while we’re actively involved in it our main focus is how do we build a winning sailing team?

YRL: Taylor you were brought up on the island of St. Thomas in the US Virgin Islands what’s been the reaction to this announcement down there? They must be pretty stoked are they at the St. Thomas Yacht Club?

Taylor: Absolutely. I think we’ve had tremendous support from everywhere to be honest but it’s great to have the support from the islands where I grew up. That’s where my upbringing was and you know it’s a special place for me.

The individual I looked up to the most as a sailor growing up was Peter Holmberg. To see him go on and to become the top match racer in the world and then to be a part of those America’s Cup campaigns was great.

The people in the islands supported him and I think they’ll continue that support with us. It’s such a small community down there that everyone is really excited that they can identify with this project and know that they’ll be represented.

YRL: You are going to be running public try-outs for people wanting to join the sailing team?

Mike: We are going to start our application process across the board for all positions – not just sailors. One of our other major values is inclusivity, so we intend to really focus on building an inclusive team. And we’ll have some kind of an exciting way to announce that right after the first of the year.

YRL: That sounds exciting. Inclusivity is a big word. We don’t see many women involved in the America’s Cup – is this the team where we might see a female sailor on the roster?

Mike: I know for sure there’s going be some female sailors that are going to have an opportunity, that’s for sure.

Taylor: The neat thing about this America’s Cup is that there’s not one person in the world that has ever sailed an AC 75. As we all learn the positions on the boat we’re going put the best people that we can possibly find in those positions and it’s certainly our hope that there’s some females involved – and people from all walks of life.

Mike: An inclusive, authentic, all American team – that’s the name of the game at Stars and Stripes Team USA.