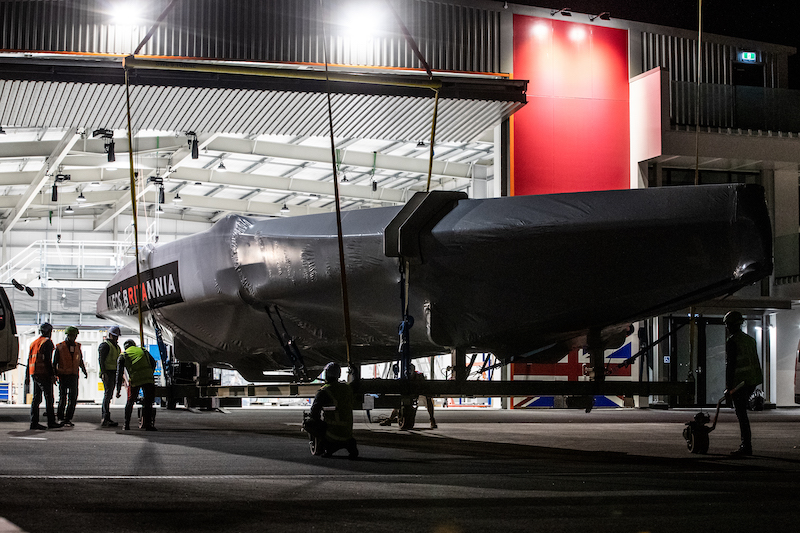 The second AC75 race boat built by British America’s Cup campaigners Ineos Team UK in their bid to win the 36th edition of yachting’s oldest and most prestigious competition has landed in Auckland, New Zealand after four days of flights from the UK.

The bold new 75-foot boat, code-named RB2, touched down at 20:55PM New Zealand Daylight Time (NZDT) at Auckland Airport before heading to the team’s newly constructed base in the City of Sails’ famous Viaduct, for her final pre-sail fit out.

The long journey started on Friday (25th September) via truck from the team’s HQ in Portsmouth to Stansted Airport. RB2 then began her four-day Antonov cargo plane flight on Monday (28th Sept). The flight, which saw RB2 travel over 12,200 miles, included over 24 hours in the air and two stopovers in Dubai and Indonesia.

Ineos Team UK CEO Grant Simmer, who welcomed the bold new race boat to the team’s base in Auckland, said: “Having last seen our new race boat in Portsmouth several weeks ago, it’s very exciting for both me and the entire team to finally have her here with us in Auckland. This is a real milestone moment for us in our challenge for the 36th America’s Cup which is now only a few months away.

“We are ready to get to work on RB2 and get her ready for sailing operations to begin. I would like to thank Project Director Dave Endean and the team for getting RB2 built and safely transported to New Zealand on schedule. It’s been an incredible effort from the entire team.”