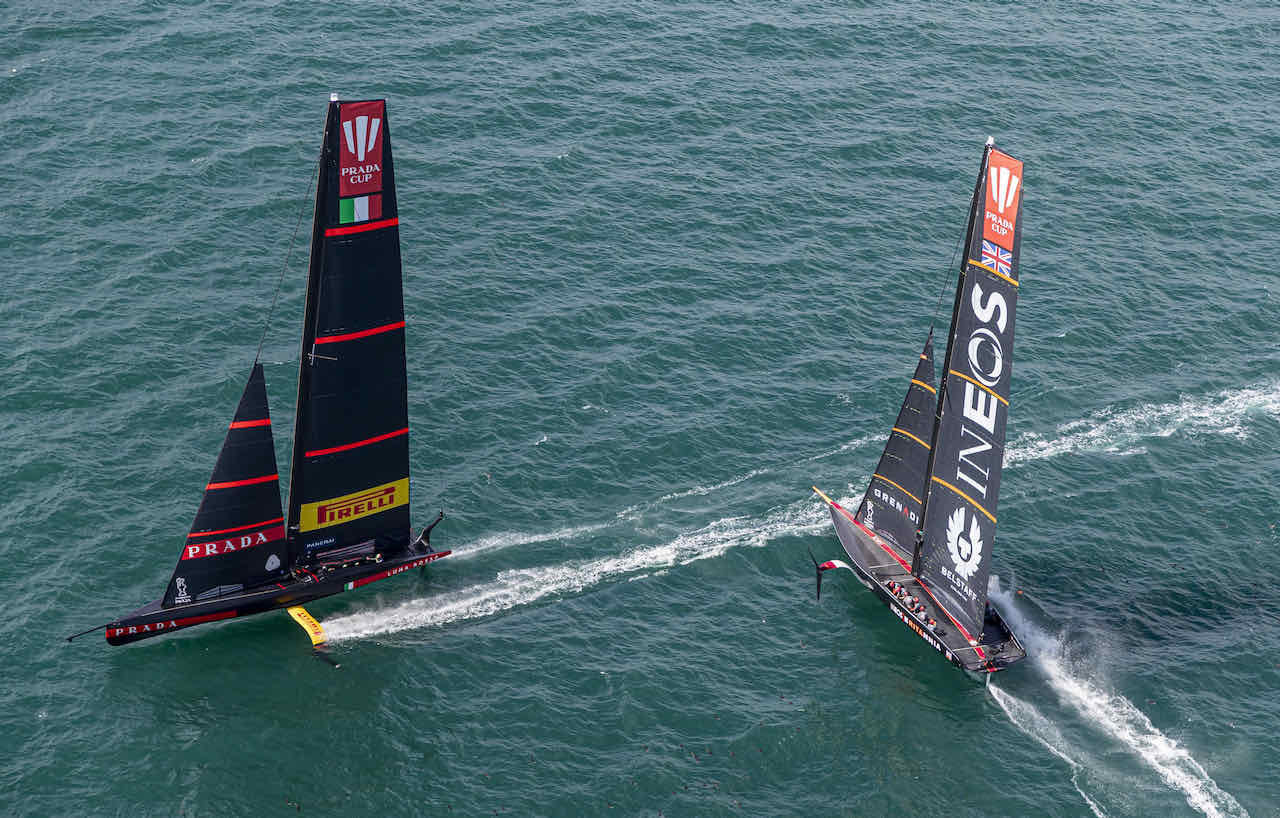 There is tension in the air down in Auckland, New Zealand as the Ineos Team UK and Luna Rossa Prada Pirelli Team America’s Cup crews make their final preparations for a two race showdown against each other this weekend.

At stake is an automatic place in the final of the Prada Cup Challenger Selection Series.

Admittedly it’s not quite a do-or-die winner-takes-all scenario, as the loser gets another bite of the cherry in the semi-final match against the US NYYC American Magic syndicate who will be absent this weekend after capsizing and nearly sinking their Patriot AC75 while racing last weekend.

Nevertheless it was clear from the steely looks and the comments from both teams at the pre-event press conference that securing the direct route to the Prada Cup final was top of both their priority lists.

After a stunning three days of Prada Cup racing last weekend the British have earned themselves a two-point advantage over their Italian rivals. That means a win in Saturday’s race will put them through to the final. Luna Rossa meanwhile needs to beat the British in Saturday and Sunday’s single races to tie the points totals.

Under the rules of the competition a tie like this is decided in favour of the team that won the last race between the two teams – in this case, Luna Rossa.

“All we are focused on is tomorrow,” said Jimmy Spithill – one of Luna Rossa’s two helmsmen. “There is a lot on the line and that’s a great test for the two of us [himself and co-helmsman Francesco Bruni].

“It’s a great opportunity. There’s a real incentive here for both these teams to win tomorrow’s race – and if we do that then there is a lot if incentive for Sunday as well. We don’t really need to look too far into the future, all we need to do as a team is get out there tomorrow and have a great race.”

So why is the automatic spot so important? After all it could be argued that there the two semi-final teams could benefit massively from taking part in a whole extra series of races in which to develop their boats and their technique.

It turns out – as Ainslie explains – that it’s all about buying more of the America’s Cup’s most precious commodity – time.

“There’s a lot on the line for our two teams here in terms of getting that direct route through to the finals,” Ainslie said. “That obviously buys you quite a lot of time in terms of making further upgrades to the boats.

“It’s going to be significant in the overall outcome of this Cup.”

Given that the British have an opportunity to sew up the round robin series and the the Prada Cup final berth with a win on Saturday they could be regarded as favourites. But their tactician Giles Scott said they were leaving nothing to chance.

“We took an awful lot of lessons from racing these guys,” Scott said. “I think it is clear for everyone to see that the boats are reasonably well matched in terms of performance. I think the boat that comes out on top over the weekend will be the boat that races better. So that’s our focus – that’s what we are trying to do.”