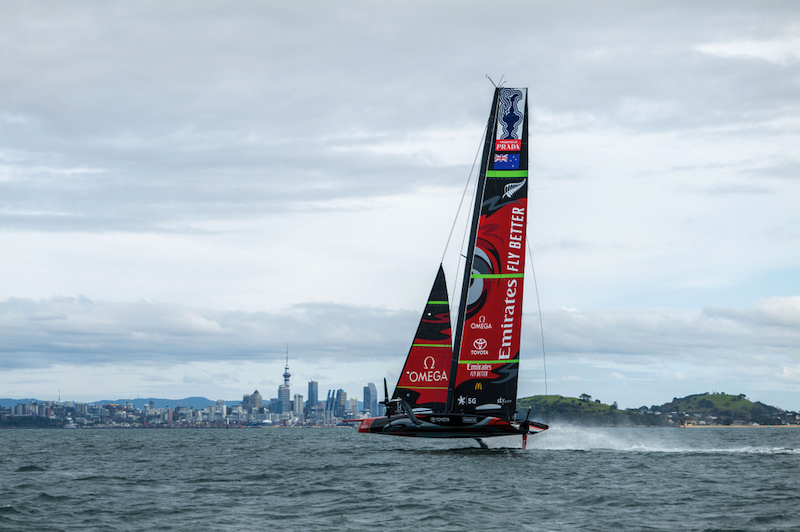 Hopes of the two spectator-friendly racecourses situated in Auckland’s inner harbour being made available for use at the 36th America’s Cup next year have been given a boost after the Defender Emirates Team New Zealand has returned to the event’s Arbitration Panel for a ruling on an alternative proposal.

According to a press release issued by the Kiwi syndicate overnight, the new proposal – which would see the Defender commit to staying away from the disputed Course areas B and C on any days when the Challengers could not race there – would eliminate any perceived advantage of extra sailing time on those two courses areas which are expected to be used extensively during the 36th America’s Cup Match.

However, according to the Defender release, the proposal was flatly rejected as “far from fair and is not acceptable” by the Official Challenger of Record – Italy’s Luna Rossa Prada Pirelli Team.

“On any level this seems a surprising position to take particularly when there seems no justifiable rationale given it clearly satisfies the ‘equal use of courses’, reads the concluding paragraph of the Emirates Team New Zealand release.

“Especially given the fact that specific courses (B and C) would also be available for the best of 13 race Prada Cup final regatta which the Defender is not part of. Therefore the Defender will now refer the Dispute to the Arbitration Panel requesting a formal Mediation of the issue.”