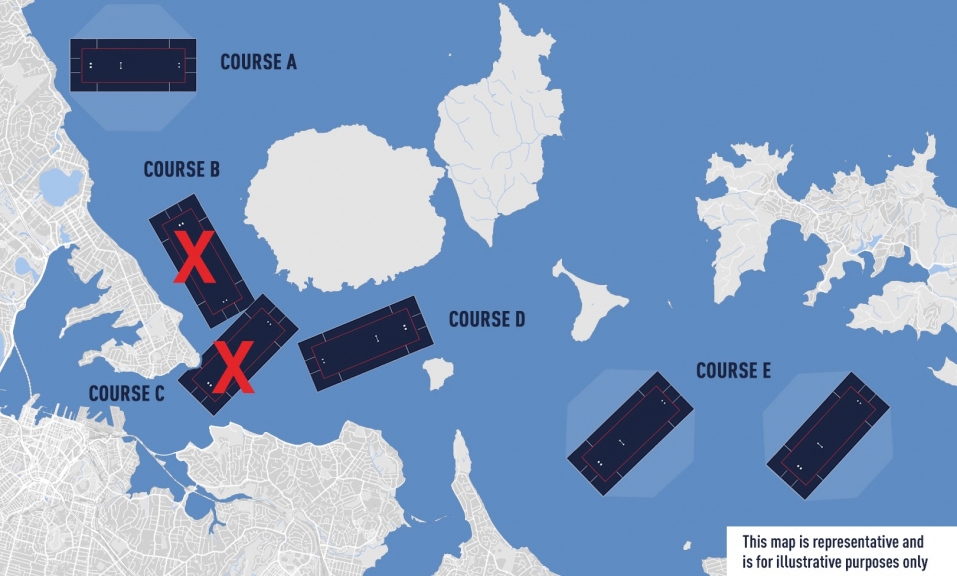 Two inner harbour race areas in Auckland, New Zealand – the venue for the 36th America’s Cup in 2021 – will not now be used, following an arbitration panel ruling announced overnight.

The arbitration panel hearing was triggered by a request from the Official Challenger of Record Luna Rossa Prada Pirelli Team following in response to a decision by the port authority in Auckland which barred the use of two inner harbour race areas for the round robin rounds of the Prada Cup Challenger Selection Series.

After reviewing input from the remaining challenging teams – Ineos Team UK and NYYC American Magic – and the race director Iain Murray, the arbitration panel’s ruling was to eliminate the two inner harbour race areas from both the entirety of both the Prada Cup and the 36th America’s Cup Match.

The decision came as a blow to the America’s Cup Defender Emirates Team New Zealand who issued this press statement:

Emirates Team New Zealand are outraged that after three years of planning a land-based stadium event, the Challenger of Record Luna Rossa has led a campaign through the Arbitration Panel which has destroyed one of the most exciting benefits of the America’s Cup event for the people of Auckland and visitors from throughout New Zealand.

The America’s Cup Arbitration Panel have issued a ruling overnight that effectively cancels the use of the inner harbour stadium racecourses for all racing of the Prada Cup and America’s Cup Match.

This decision has considerable and negative repercussions to the accessibility of the event for the public of Auckland and New Zealand, the safety of the event and the reliability of the racing. All of which are elements that have been fundamental to Emirates Team New Zealand since we won the America’s Cup in 2017.

The images with Auckland City as a backdrop during racing have always been a critical part of showcasing Auckland and New Zealand to the world in an event with a significant global audience, and another reason for the original racecourse designs.

“Quite frankly we are outraged by this decision, it has gone against everything we have been trying to achieve over the last three years, with no consideration to the effect this has on the public of New Zealand and the city of Auckland.” Said CEO Grant Dalton.

Emirates Team New Zealand are now considering if there are any options that are available to remedy this unbelievable decision.