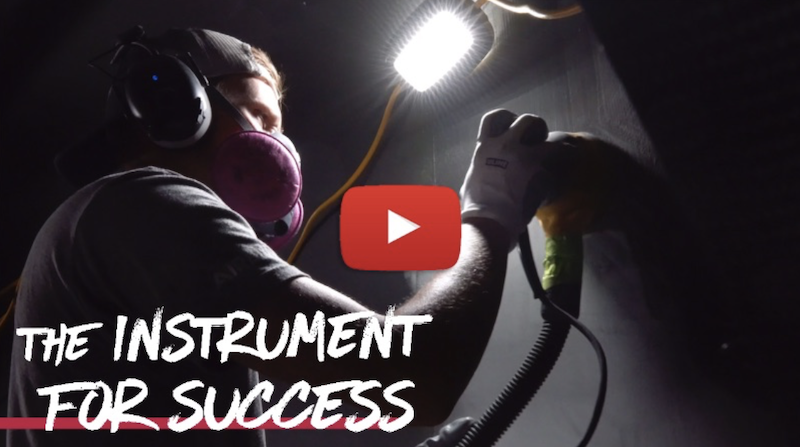 The story of America’s Cup boatbuilding in Bristol, Rhode Island began well over a hundred years ago. With the completion of the AC75 racing yacht PATRIOT, the first Cup contender built in Bristol in the 21st century, American Magic’s production team of 50 has added another compelling chapter while providing a new generation of boatbuilders with valuable experience.

In early 2018, American Magic’s production facility opened in Bristol. As soon as the lights went on at the shop on Broadcommon Road, the America’s Cup was no longer just a feature of Bristol’s storied past, a past ably preserved and celebrated by the Herreshoff Marine Museum and America’s Cup Hall of Fame three miles down the road. Suddenly, the chase for the Cup was again a thriving part of Bristol’s present.

Within weeks, a mixture of proven boatbuilders and determined newcomers assembled to construct three boats: the AM38 test boat “(the Mule”), the initial AC75 DEFIANT, and the team’s racing yacht, PATRIOT. This group of more than 50, led by Brandon Linton, Tim Hacket, Silvio Arrivabene and Mark Allanson included IYRS School of Technology and Trades graduate James Allsopp of Annapolis, Maryland.

“IYRS offered the knowledge base to get in the door,” explained Allsopp, who studied at the world-renowned school located in downtown Newport. IYRS and a concentration of composites-focused companies in Rhode Island made the Ocean State a natural venue for American Magic to build some of the most advanced racing yachts in the world.

“I remember hearing that the New York Yacht Club was putting together an entry [for the next America’s Cup], and being very excited, even before I thought I’d be part of it myself,” said Allsopp. “Being a boatbuilder is just a good way to be involved as best as I can, and to help push as hard as I possibly can for the success of this whole thing.”

Completing 188’ combined feet of foiling monohulls required 28 months of resilience, sacrifice and occasionally 24/7 activity at the worksite. Only a team with the highest level of professional ability and drive could have finished each of American Magic’s three groundbreaking boats on time. Their most recent achievement, the AC75 PATRIOT, was flown to Auckland from Bristol in early September aboard a massive AN-124 cargo plane.

Boatbuilder Ben Cormack working on an AC75 foil arm. (Image: Sebastian Slayter)
“I would say that the only way that we were able to put in these hours, and work the way that we did, is because of each other,” said Allsopp of his fellow production team members.

“These are the best boatbuilders in the world. I can’t hold a candle to some of these dudes in there, with their abilities, their understanding and their knowledge-base. I like to think that over the last three years I’ve gotten closer, but I still have a lot to learn. There’s not a single guy in our shop that would say we could have pulled this off with a different group.”

For many of the younger team members, the tradecraft and experiences gained on the American Magic project will have a major impact on their careers. So too will the relationships formed. “It’s always going to be a grind,” said Allsopp of the boatbuilding process.

“The people that you go through that with end up being who you come to understand and appreciate after the whole thing is over. This is true of a lot of hard, difficult things.”

Due to distances, schedules and the COVID-19 pandemic, many of American Magic’s boatbuilders may never get to see PATRIOT sail in person. Despite this, a keen awareness and attachment to the yacht exists. The multi-ton composite AC75 was not made by CNC machines and 3D printers alone, though the most modern tools available were integrated into the project. PATRIOT was also made by hand, like all Bristol-built yachts that have come before it.

“I think everybody in the shop is pretty keyed in to what’s happening with our team on the water,” said Allsopp. “Getting updates, seeing photos, going out for a quick session to watch on the water [while the team was sailing in Rhode Island], all of that was special. This will continue while our team is in Auckland.”

Also on the minds of the production team was a sense of PATRIOT’s place in history, as a potential America’s Cup winner and also as the torchbearer of the New York Yacht Club’s 169-year legacy in the event.

“This boat will live on based on how she does in the racing, but also based on what we talk about and what we pass down,” said Allsopp. “Everybody on the team keeps cool photos of our boats sailing on their phones, and enjoy showing people what we do. PATRIOT is going to have a lasting legacy for sure, and regardless of whether or not we do another campaign, American Magic will be remembered for more than just the new boat itself. People will be wearing the gear and remembering this team for a long time to come.”