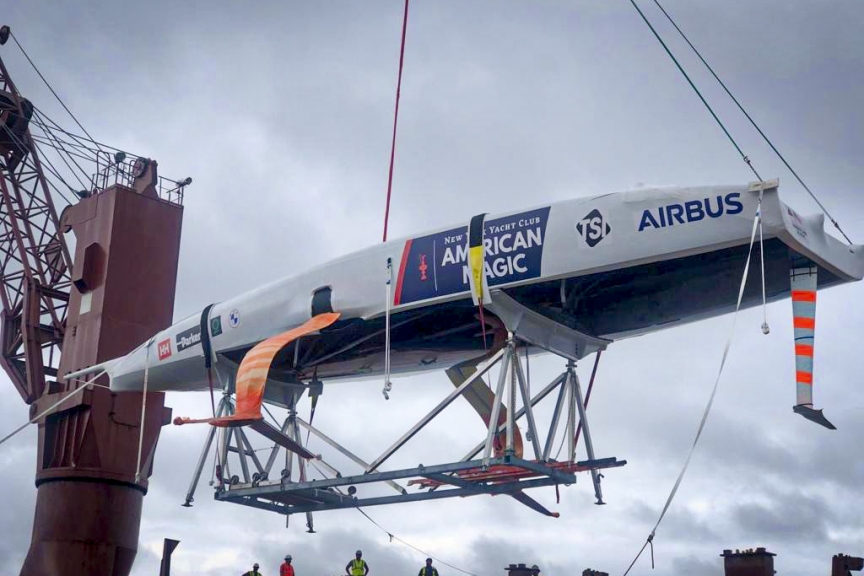 A nervous period of waiting for the American America’s Cup challenger NYYC American Magic appears to be over after the syndicate announced on social media this weekend that its team members had been cleared by the New Zealand Government to travel to Auckland to train for the 36th America’s Cup.

Prevented from sailing at its winter training base in Pensacola, Florida due to the Coronavirus pandemic the team – led by American yachtsman Terry Hutchinson – opted to ship their first AC75 Defiant to New Zealand, without at that stage having confirmation that the sailors and shore support staff would be allowed entry.

That was on May 28 and Hutchinson and his squad have been holding their breath awaiting the green light from the NZ authorities. Now they have it the team are arguably in a strong position against their challenger rivals Luna Rossa Prada Pirelli Team from Italy, and Ineos Team UK, who are both still training at their home bases in Cagliari, Sardinia and Portsmouth, England respectively.

Speaking on the most recent episode of The Yacht Racing Podcast Hutchinson said the team’s priority once it is operational in Auckland will be to scope out the variety of potential  racecourses identified by the Defender team – Emirates Team New Zealand.

Each race area will require at least 25 days research time, Hutchinson said, making time at the venue even more precious.

Before all that though the American team’s sailors and support personnel will likely have to endure a fortnight or more of strict quarantine before they are allowed to move freely in and around Auckland.