Skip to content
You are here
Home > America's Cup > America’s Cup: American Magic back to the grindstone after strong showing in ACWS – Auckland 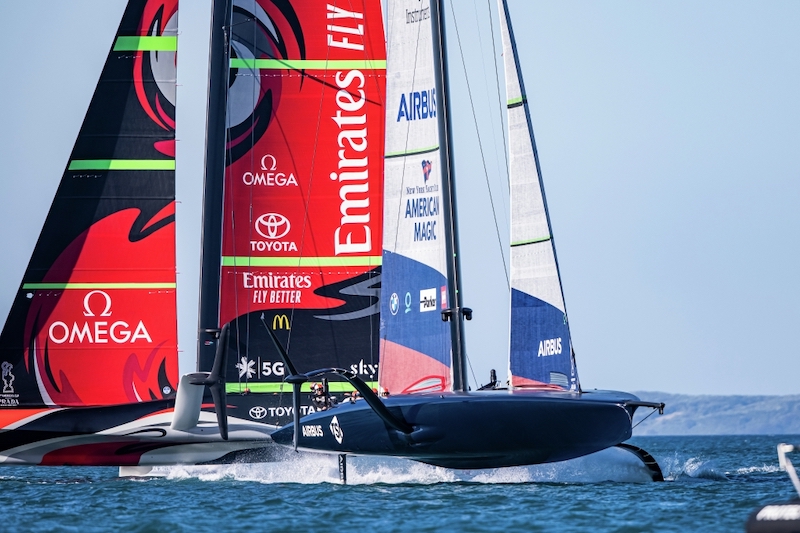 After a largely impressive performance in the America’s Cup World Series – Auckland this weekend, the US syndicate NYYC American Magic emerged in second place and as the only team to have taken a race off the Defender Emirates Team New Zealand.

There was much to be admired about the team’s on-the-water performance: they appeared to be fast upwind and (particularly) downwind and the boat handling looked slick and assured.

“We all work as just one unit,” said Goodison. We haven’t raced together in these boats – or, almost, in any boats – before, so to come out and have the sort of synergy that we have already is really good.”

The ACWS – Auckland result represents a strong start that the American team will no doubt have been justifiably pleased with, but it seems there will likely have been little in the way of celebration in the US team base on Sunday night.

It’s clear that everyone in the squad know knows they have a long hard road ahead of them over the next three months.

“Now we have two more days before Christmas,” said American Magic sailor Matt Cassidy. “We are going to have to get the most out of those two days to figure out what we can do to our foils, what we can do to improve out boat handling – our tacks [in] light air need work.

“We know what we have to do, it’s just a matter of going out there and figuring what we need to do to make these things perfect every time.”

According to American Magic skipper and executive director Terry Hutchinson, the most significant thing to come out the team’s first ever three days of actual racing was the high level the team proved they were able to compete at compared to the three other rival teams.

“In that regard it was really encouraging,” Hutchinson said, before adding a cautionary note.

“But everyone is going to get better, so we just got to keep our heads down and keep working.”