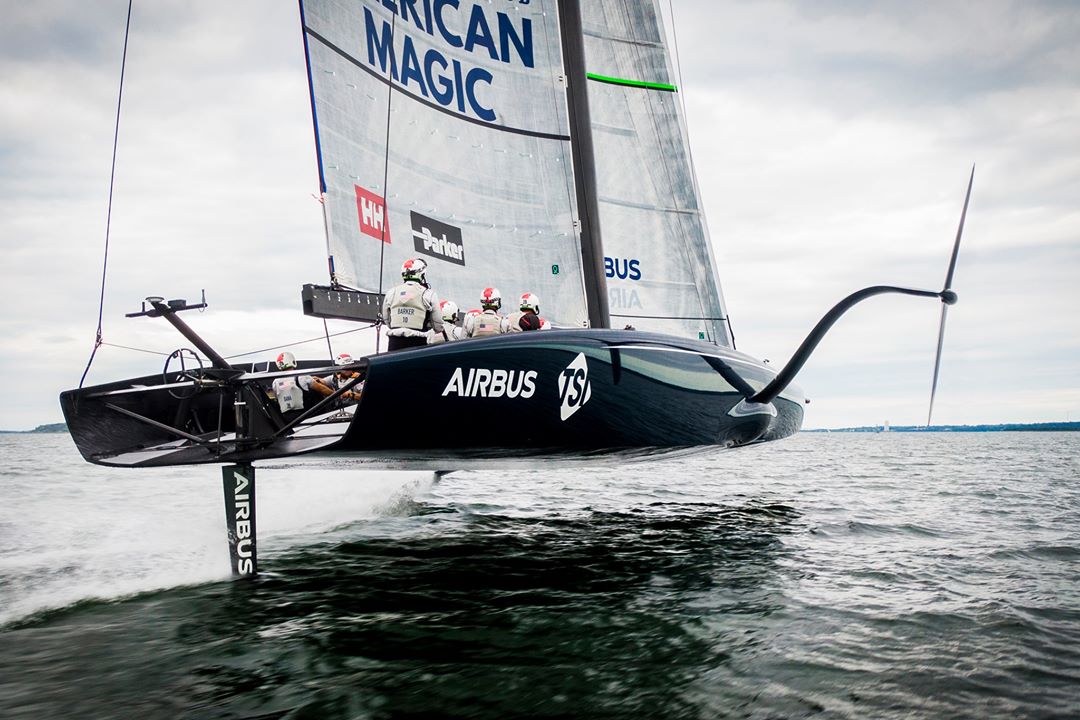 American Magic – the New York Yacht Club’s America’s Cup syndicate – has made history by becoming the first team to achieve flight with its AC75 foiling monohull.

It happened on Narragansett Bay near Newport, Rhode Island yesterday September 10 when the team – which is skippered by Terry Hutchinson and with Dean Barker as helmsman – carried out their first test sail.

“A proud day for our team following many months of design work, production and preparation. After raising sails for the first time, American Magic’s America’s Cup AC75 foils across Narragansett Bay near Newport, Rhode Island.”

American Magic is believed to be the first of the five competing teams to sail its AC75, although there has been no official launch ceremony for the boat as yet. America’s Cup Defender Emirates Team New Zealand launched it’s boat last week and carried out tow testing earlier this week, before going sailing in the last 24 hours.

INEOS Team UK and the Official Challenger of Record for the 36th America’s Cup, the Luna Rossa Prada Pirelli Team from Italy are expected to launch their boats in the coming weeks. Meanwhile Stars + Stripes Team USA are believed to be yet to complete their AC75 construction.

The teams will race for the first time at the America’s Cup World Series opening event which will take place in Cagliari, Sardinia from April 23 – 26 2020.