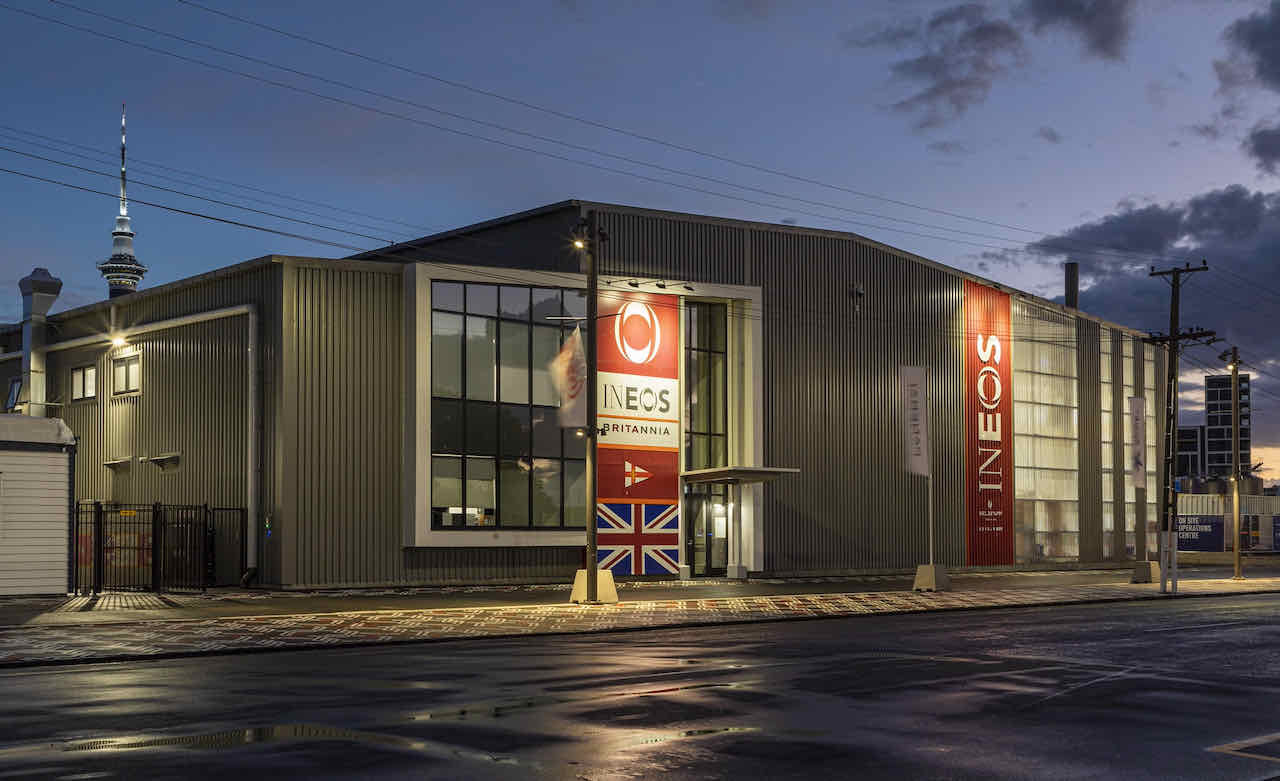 Although Ineos Team UK emerged from December’s America’s Cup World Series regatta in Auckland as the underdogs of the 36th America’s Cup after failing to chalk up a single victory in the three-day series, the team could be set for a comeback when racing begins in earnest at next week’s Prada Cup Challenger Selection Series.

There have been plenty of rumours and speculation in the media that the wheels were coming off the British bus, but when we spoke to skipper and team principal Ben Ainslie he said the entire team had rallied strongly behind the mission to transform the performance of the British AC75 Britannia.

“You hear a lot about siege mentality in sport,” Ainslie told Yacht Racing Life. “It is something I have experienced before in the America’s Cup – and I have got that feeling about this team.”

That of course is a reference to Ainslie’s experience with Oracle Team USA when his call up to the sailing team helped spark the American team’s now legendary turnaround of fortune against Emirates Team New Zealand in the 34th America’s Cup in San Francisco.

Back then that turn around was in large part due to a transformation of the Oracle Team USA boat’s performance and the mindset of the crew sailing it. And something equally dramatic is going to be needed down in Auckland if the British are going to be a force to be reckoned with in the Prada Cup.

For sailors as talented and innately competitive as Ainslie – his five Olympic medals make him the most successful Olympic yachtsman of all time – and his star-studded crew, suffering the agony of being so uncompetitive in the pre-event warm up regatta must have been excruciating to endure.

Nevertheless, despite only being allowed breaks on Christmas Day and New Year’s Day, Ainslie says the atmosphere in the British base is upbeat.

“The mood in the team is great,” he told us. “The America’s Cup is the ultimate team sport. Every single member of the team is reliant on one another to get the best possible performance out of the boat.

“In some ways the World Series was a hugely important event for us as it gave us no option but to take a long hard look at our issues and come together to do our best and try to solve them.”

Understandably Ainslie could not share anything at all about the changes that had been made to Britannia – other than to say there had been “a lot” and they had been “in some key areas”.

“This is a technical game so I can’t reveal what they are,” he said. “But needless to say they are significant – they will need to be. The main issues we have identified with our performance were in a few key areas, which we have tried our best to rectify. Then there were other areas of our performance which simply were not good enough, so we have been working on those as well.”

It is unlikely there will be any let-up in the work rate from within the Ineos compound between now and the beginning of racing on January 15 when the Brits face the top performing challenger NYYC American Magic in the opening match of the first round robin series.

The sense we got from Ainslie was that of a team galvanised into action behind a common goal – to make the boat go faster.

“For us now, it’s all about modifications to rectify the issues we had, development to improve the performance across the board, and testing on the water to get as much sailing in as we can,” Ainslie said.

“It is an intense full-on period for the team, but everyone has been fantastic,” he added. “I could not be prouder of the way the entire team has reacted to the disappointment of the World Series.”