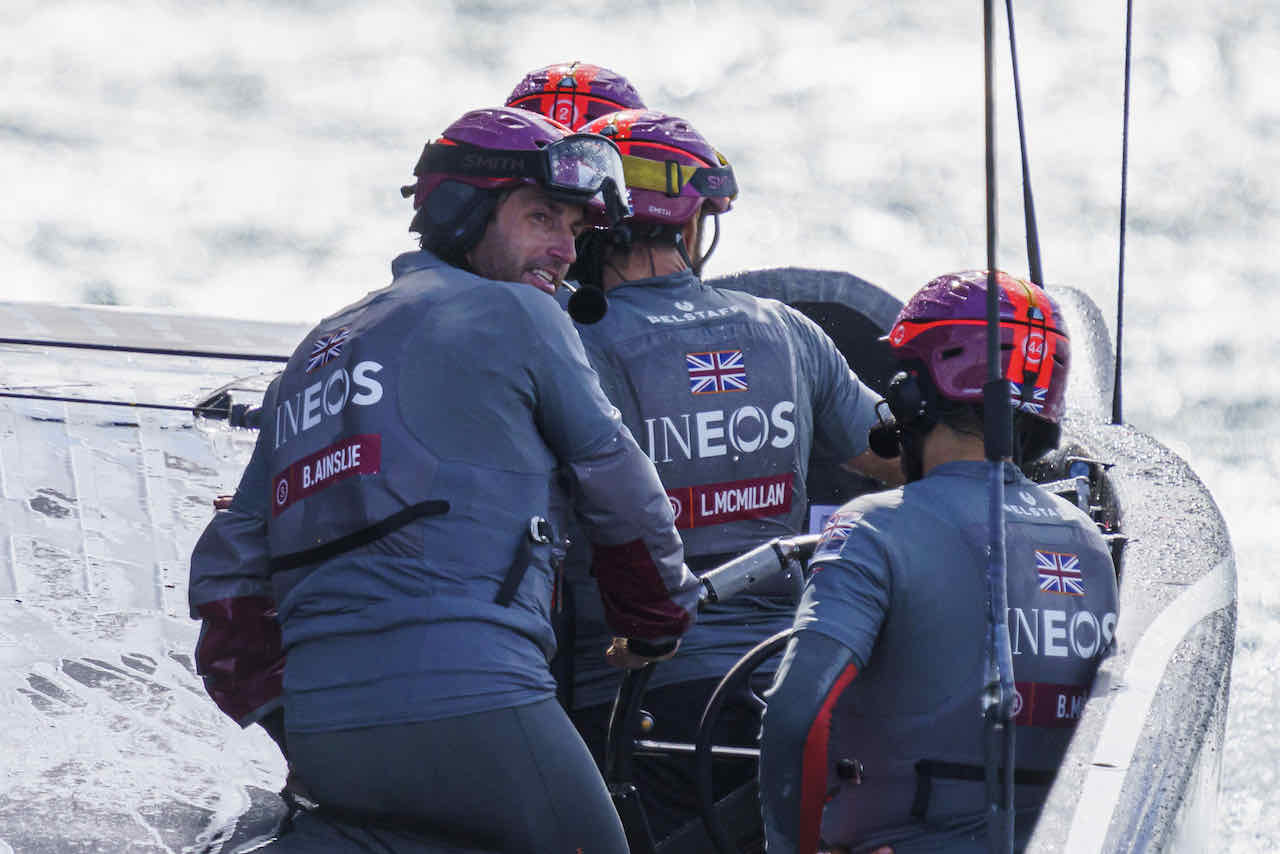 The third of our exclusive articles analysing the afterguards of the four teams competing in the 36th America’s Cup spotlights British Challenger Ineos Team UK.

The British squad are renowned as the comeback kids of the event after their remarkable transformation from the ugly ducklings of the America’s Cup World Series – Auckland warm up regatta to the beautiful soaring swans of the first weekend of the Prada Cup.

Ineos Team UK’s speed team/brains trust in the back half of the boat centres around the helmsman/tactician pairing of Ben Ainslie and Giles Scott – both Finn gold medallists and both products of the UK Royal Yachting Association’s Olympic sailing talent factory – aka the British Sailing Team.

Listening in to the on-board communications aboard the British boat is a real treat. The back and forth between Scott and Ainslie is nothing short of a masterclass in how the professionals talk a race boat around the course. Nobody who races sailboats could fail to learn lots from listening to these two race.

The information exchanged is relevant, clear, precise and brief. Equally importantly there is a clear chain of command/decision making process. Scott provides factual information based on what he can see around him in real time – wind pressure, what the other boat is doing, cross/no cross calls etc. – as well as the precise positioning data he gets from his tactical/navigational systems – distance to lay lines and boundaries, range to the opponent, etc.

Meanwhile at the wheel, Ainslie chips in with questions and his own observations, before taking his decision and making the call on the next manoeuvre. Typing this out makes all this sound simple and straightforward. But in a race situation the data is spewing at you like a firehose, wind shifts, gusts and lulls are come at 30 plus knots upwind, and all around the course tactical scenarios are changing by the second.

Ainslie and Scott’s ability to maintain a constant level to their voices in seemingly the tightest of situations is a testimony to their professionalism – and I suspect, many, many hours spent honing the effectiveness of their communication loop.

Any analysis of this group cannot omit the significance of the fact that Giles Scott is the only entirely dedicated tactician on any of the four crews in the 36th America’s Cup. This was a critical decision that the team made way, way back in the design process when they reconfigured their grinding team setup to generate the same power output without Scott needing to put his head down to turn the handles.

Given how shift and unpredictable the race areas in New Zealand are proving to be, it is looking like an inspired decision to have Scott free to roam freely around the boat and to put himself where he can see what he needs to see to do his job.

“He’s the guy who is trying to seek out the pressure and the shifts,” Ainslie told us. “He and I are trying to map that out together with the time to the boundaries and making those decisions as to whether to stick to the other boat or split.”

Let’s also not underestimate the contribution that Ben Ainslie’s raw talent as a helmsman makes to this team’s ability to win races. As soon as it was clear he had a boat that was at least competitive, Ainslie stepped things up a gear in the pre-start and around the course.

He may be mild mannered and diffident ashore, but let’s make no mistake here – on the water Ainslie is nothing short of a cold-blooded assassin who will seize on any opportunity to gut his opponents and leave them dead in the gutter.