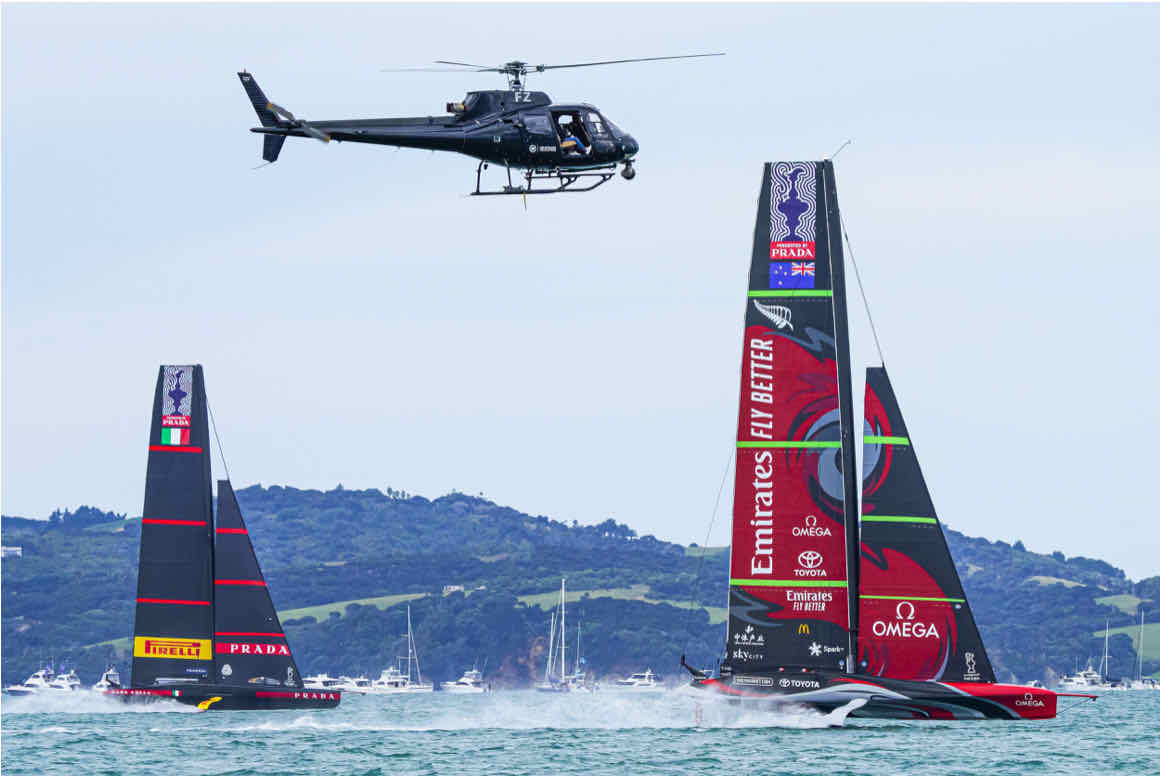 The record audiences delivered significant value for the sponsors and hosts of the 36th America’s Cup. The measurement and evaluation analysis shows a Total Gross Media Value of over NZD$1.4 billion for the event, teams, hosts and sponsors.

“We were always very clear in our broadcast and viewership objectives after we won the America’s Cup in Bermuda,” said Emirates Team New Zealand CEO Grant Dalton. “It is great we have achieved, in fact exceeded, our expectations in growing the sport and the event globally, despite the many challenges we faced. Technically we raised the bar with the TV coverage due to our production partnerships with Circle-O, ARL, Igtimi, Shotover, Amis Productions and the whole production crew and commentary team in Auckland.”

At 68.2m, the dedicated TV audience for the 36th America’s was more than 3 x that of the 35th America’s Cup in Bermuda (20.5m). The dedicated audience includes all those who watched the event LIVE, delayed or highlights on TV, americascup.com, YouTube and Facebook.

The aim of the 36th America’s Cup’s global TV coverage was to inspire new fans and grow the sport of sailing and the America’s Cup. This was delivered by prioritising free to air broadcast partnerships, supplemented by additional major pay tv networks, and by retaining live streaming rights on americascup.com and America’s Cup social media channels.

The culmination of this approach in distribution saw the live and highlights 36th America’s Cup TV broadcast from Auckland, New Zealand screened across 55 major network broadcasters covering 198 territories. The live streaming online via digital channels was live and free in 236 territories across the world.

The coverage consisted of:

The TV graphics by Animation Research Ltd in Dunedin continued to lead the innovation through the implementation of on water augmented reality graphics which helped to tell the story of the dramatic racing in the AC75’s, as well as providing additional highly effective exposure to the event sponsors.

Viewing of racing online and through social media was integral to the overall viewership strategy. By reserving the digital rights for the event to enable live streaming of the racing for free to as many people globally as possible and by streaming on YouTube, Facebook and americascup.com, the America’s Cup grew the dedicated audience by 10.2m viewers, which is equivalent to 19% of the TV audience.

The America’s Cup YouTube live streamed every race and press conference from the opening of the ACWS through to the prize giving of the 36th America’s Cup leading to 7.9 million viewers watching 7.7 million hours of America’s Cup content over 36 million sessions. Simply put, on average, each user consumed just under an hour of America’s Cup racing while the event was on.