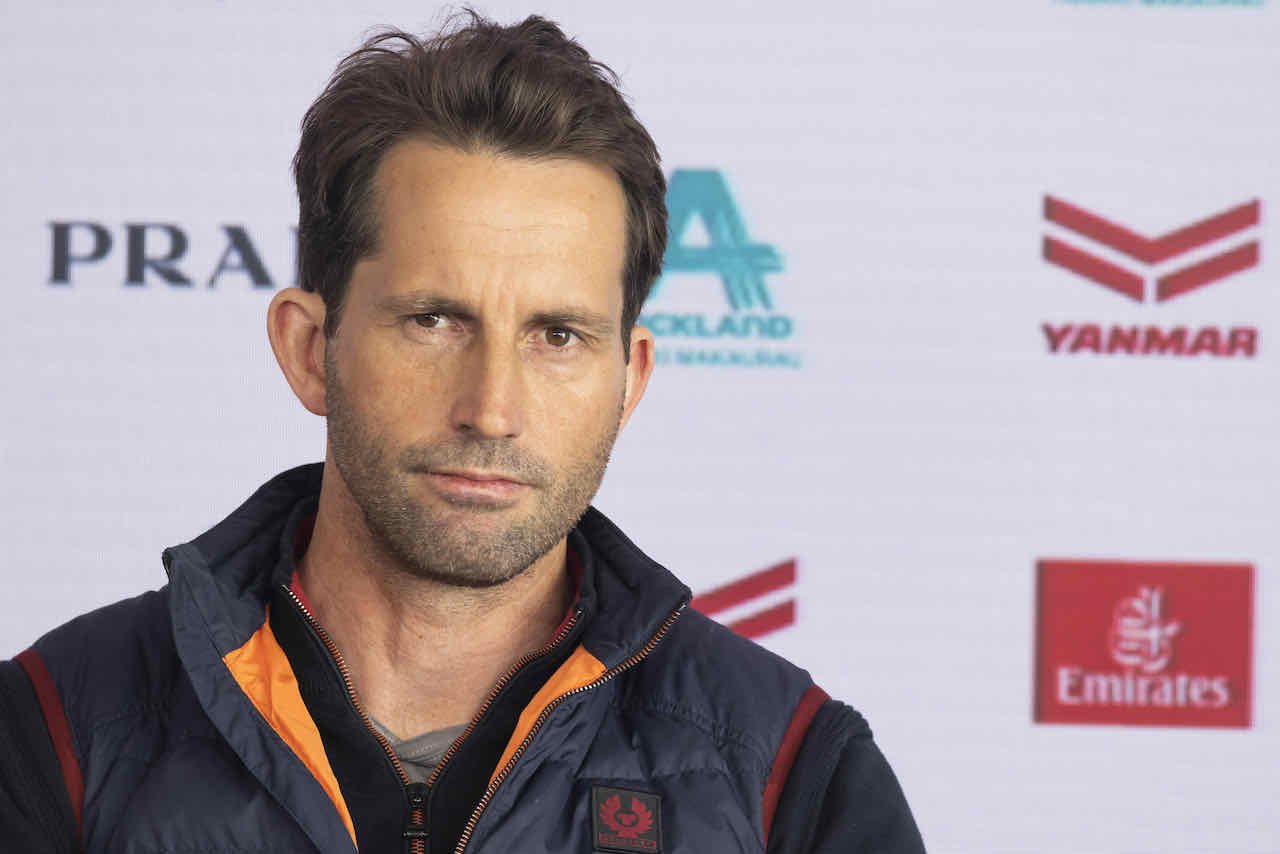 Getting face time with any of the America’s Cup Challenger teams down in Auckland right now is far from easy. That’s no surprise – they are each in the thick of their individual battles to make it through the Prada Cup Challenger Selection Series and into March’s Match for the 36 America’s Cup. So when our request for 15 minutes with Ineos Team UK skipper and team principal Ben Ainslie got greenlighted, our editor Justin Chisholm jumped at the opportunity.

I began by offering sincere congratulations to Ben and the entire team for its performance so far in the Prada Cup and wondered if the mainstream media – particularly back home in the UK – had woken up to the fact that the British crew were back on form and taking scalps down in Auckland.

“Yes a bit,” Ainslie said. “I think the fact that a British team has made it to the final of the Challenger Selection Series is a big draw, and also having fantastic races like the one against the Italians really helps.

“I think with a new development class there is always the chance that the racing would not be close and so a race with nine lead changes and close crosses like that final one is something that is good for the sport and for the America’s Cup. Hopefully there will be plenty more like that.”

Although the Ineos Team UK yacht and its crew are clearly firing on cylinders now – five wins from five races is undeniable evidence of that – it would be wrong not to ask why a turnaround was needed in the first place. It’s a difficult question to ask, but how did the team get to the America’s Cup World Series – Auckland in such poor shape? What had gone wrong?

That turns out to be a question that is as uncomfortable to answer as it is to ask.

“Well, it was just clear for a long time that the boat wasn’t performing to its design specifications for those conditions,” Ainslie said. “We knew that well ahead of time. In a way that made the experience of that America’s Cup World Series a bit easier to deal with.

“We knew we were going to be in trouble in the lighter winds going into that regatta. There was nothing we could do to change that and we just had to tough it out, get through the event, and then make the changes.

Of course now we all know that the turnaround was successful. But back then Ainslie admitted it was a tough time, and with more than 100 people wearing Ineos Team UK uniforms in Auckland Ainslie admitted that there was a risk that heads could have dropped and divisions formed. Indeed that’s what was quite extensively reported in the media at the time.

In reality though everyone in the British team acquitted themselves well – despite having to work flat out over the Christmas and New Year holiday period in New Zealand.

“The turnaround is down to the hard work of the whole team,” Ainslie said. “But particularly the designers and the engineers who made the necessary upgrades to the boat to get us back to being competitive.

“I have to say that everyone played their parts extremely well. There was no ‘finger pointing or backstabbing’ and when the victories started coming then that was very much due to the effort for the whole team.”

Were there also though some hard conversations he had needed to have with the sailing team after the December regatta.

“The truth is that when the boat is not performing it is hard for the crew to do very much,” Ainslie told me. “In the December racing we were all so focused on just keeping the boat on the foils that there wasn’t much room left for anything else.

“You also have to be careful with what you say at that point, so as not – to use a football manager analogy – to ‘lose the dressing room’. Once the boat was competitive then the crew could start to focus on racing it to its full potential and it was back to business as usual.”

Ainslie is very much the visible leader of the British team – both on the boat and on the water. During the America’s Cup World Series – Auckland event he fronted up to every press conference and took the negative comments and questions about the team’s poor performance squarely on the jaw.

It’s a situation Ainslie would prefer not to be in again, but also one he sees as intrinsically linked to his position as skipper and team principal and fundamental to the overall reason for creating the team in the first place.

“There’s a hundred and ten of us down here in Auckland and I see my role so far as very much protecting the team from the – probably completely justified – criticism we had aimed at us before Christmas,” Ainslie said.

“I created this team with the goal of bringing back the America’s Cup back to Great Britain and that’s what I still intend to do – whether it happens this time or not.

At the previous America’s Cup in Bermuda Ainslie’s Land Rover BAR campaign had been funded by a multitude of backers and commercial partners. That meant a constant stream of demands on Ainslie’s time to fulfil sponsor obligations, interviews, presentations, meet and greets etc. – all of which took him away from managing the team.

The takeover of the team by British billionaire businessman Jim Ratcliffe sorted that issue in one fell swoop. But billionaires are not always easy to deal with, so how had been the experience for Ainslie so far.

“Jim’s been great,” Ainslie said with a genuine smile. “I had to make a few ‘difficult’ calls to Jim even before the December event started, just to say ‘you are not going to like this, it’s not going to be pretty’.

“But there were no issues and all he did was to offer more support. There have never been any recriminations; it’s been more about what Ineos could do to help, and what he could do to help.”

Time to talk about that incredible race against the Italians which sent the British team directly through to the Prada Cup final. Were there some unique learnings for the team that come when you are pushed so hard from start to finish, I wondered?

“Oh yeah absolutely,” Ainslie. “Every race we do – in fact every time we go sailing in these boats – we learn so much. So to have a race like that where it was so close throughout and with the lead changing back and forwards was really valuable in terms of improving our performance and the way we sail the boat.”

The one fly in Ineos Team UK’s ointment right now is the complaint of non-certification (CNC) yellow card that the British sailors have hanging over their heads. At the last press conference Ainslie called for a truce of sorts, or more accurately for all the teams to agree to, as he so eloquently put it, ‘put up or shut up’.

So what were the chances of getting the other teams on side with the British at this stage.

Ainslie chortled slightly before he answered.

“Well that’s a good question,” he said. “We are pushing hard to get the other teams to agree to get it changed. We just don’t think it’s right for anyone to be in the position of losing a race or two races because of things on the boat that are not performance enhancing.

“But I suspect it will depend on whether one of them experiences a problem because of it like we did. That’s the way with the America’s Cup.”

There has been speculation on social media that Luna Ross might be planning to target the Ineos Team UK with another CNC claim. Were the British expecting that to happen?

“Well we think we are race compliant and we have worked very hard on that,” was Ainslie’s response.

Looking ahead to the development time leading up to the Prada Cup final, understandably Ainslie could give nothing away in relation to where the upgrades might be made, but said the team would still be spending plenty of time on the water as well as in the shed.

“We need to be able to balance staying race hardened with making the upgrades that we have planned,” he said. “So we will do plenty of sailing in the lead up to the Prada Cup final – without burning out the sailing team ahead of the series beginning.

Time to put him on the spot with the final question. Who would Ainslie rather face in that Prada Cup final – the Americans or the Italians?

“To be absolutely honest I would have to see a weather forecast before I could answer that,” he replied.

“So, yeah, I would have to know the conditions on the day to answer that one.”