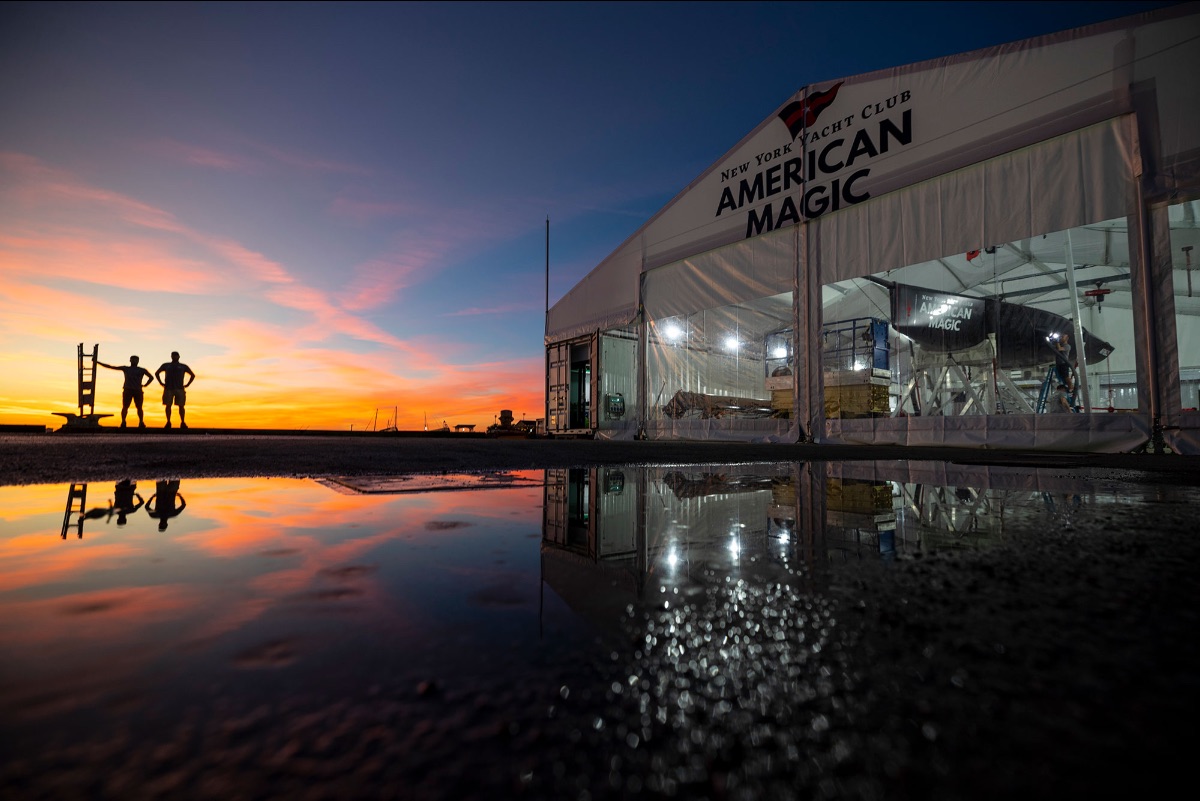 New York Yacht Club American Magic – one of the two US challengers for the 36th America’s Cup – has moved south to Florida to avoid the potentially brutal winter conditions at their main base and primary training location in Newport, Rhode Island.

The Port of Pensacola will serve as the team’s winter training base for the rest of 2018 and the early part of 2019 – the first time an America’s Cup syndicate has trained on the Gulf Coast of Florida since 1970.

More than a hundred American Magic personnel have made the move and will sail and support the Mule, the team’s advanced 38-foot test boat on the warm waters of Pensacola Bay.

“The Port of Pensacola has been very accommodating as we set up our base, and really stepped up to create an ideal facility for an America’s Cup team.”

The idea to use Pensacola stems from a visit in July 2018 when American Magic team principal and CEO Hap Fauth and sailors Bora Gulari and Caleb Paine gave an America’s Cup presentation to more than five hundred junior sailors, coaches and families during the Optimist U.S. National Championship at Pensacola Yacht Club.

“We’re excited and grateful that Pensacola Yacht Club and the local sailing community have embraced American Magic and extended their hospitality since our first visit,” said Hutchinson, a sixteen-time sailing world champion.

“Pensacola Bay is a world-class sailing venue, and hopefully our time here will help raise awareness of just how great it is to race and train in this region of the U.S.”