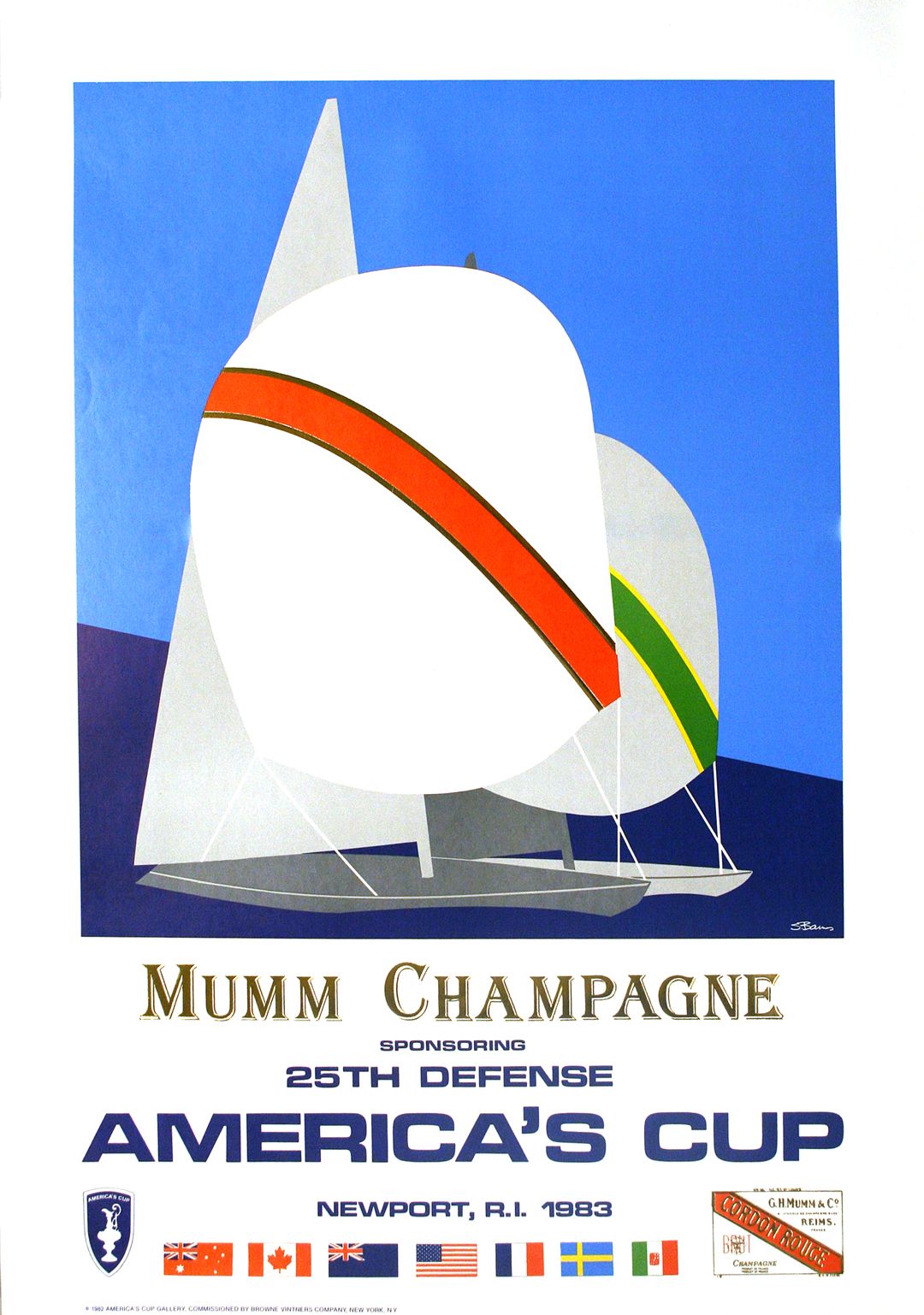 There is something nostalgically reassuring about the announcement this week of champagne producer Maison Mumm as a partner to the 36th America’s Cup.

This is because although Mumm champagne has only once before been associated with the America’s Cup – back in 1983 when John Bertrand’s Australian crew wrested the trophy from the Americans, ending the longest winning streak in sporting history – the Mumm brand has had a strong association with sailing and yacht racing over the last six decades.

The Mumm brand made a big splash in sailing in the late eighties and into the nineties with its title sponsorship of the international team competition held in the UK known as the Admiral’s Cup.

Dating back to 1957 and held on alternating years the Admiral’s Cup was the de facto World Cup of yachting and drew entries from all over the world. Racing took place over inshore courses in and around the Solent and further offshore, culminating in the Fastnet Race.

A spin-off from the Admiral’s Cup sponsorship was the brand’s close association with two one-design classes – the Farr-designed Mumm 30 and Mumm 36 – which lasted from 1995 to around 2007. While the Admiral’s Cup is now defunct and the two classes have long since reverted to the Farr 30 and Farr 36 moniker, over the years Mumm has supported more than 40 of the yacht racing’s major competitions, including the Vendée Globe, Route du Rhum and the Jules Verne Trophy.

Mumm has been the celebratory toast of choice for victorious solo round the world sailors like François Gabart and Armel Le Cléac’h, winners of the Vendée Globe in 2013 and 2017 respectively, Ellen MacArthur in 2005, and most recently Thomas Coville’s high speed lap of the planet in 2016.

Aside from the involvement of Mumm Napa (originally a joint venture but now a separate company) in the 34th America’s Cup in San Francisco, Mumm has not been involved in the America’s Cup since that memorable 25th edition in 1983.

Now though as the official champagne partner of the 36th America’s Cup Maison Mumm will have a presence at all America’s Cup events including the America’s Cup World Series and Prada Cup, for moments of celebration at the height of each event.

We, for one, raise a suitably-shaped glass to welcome them back.