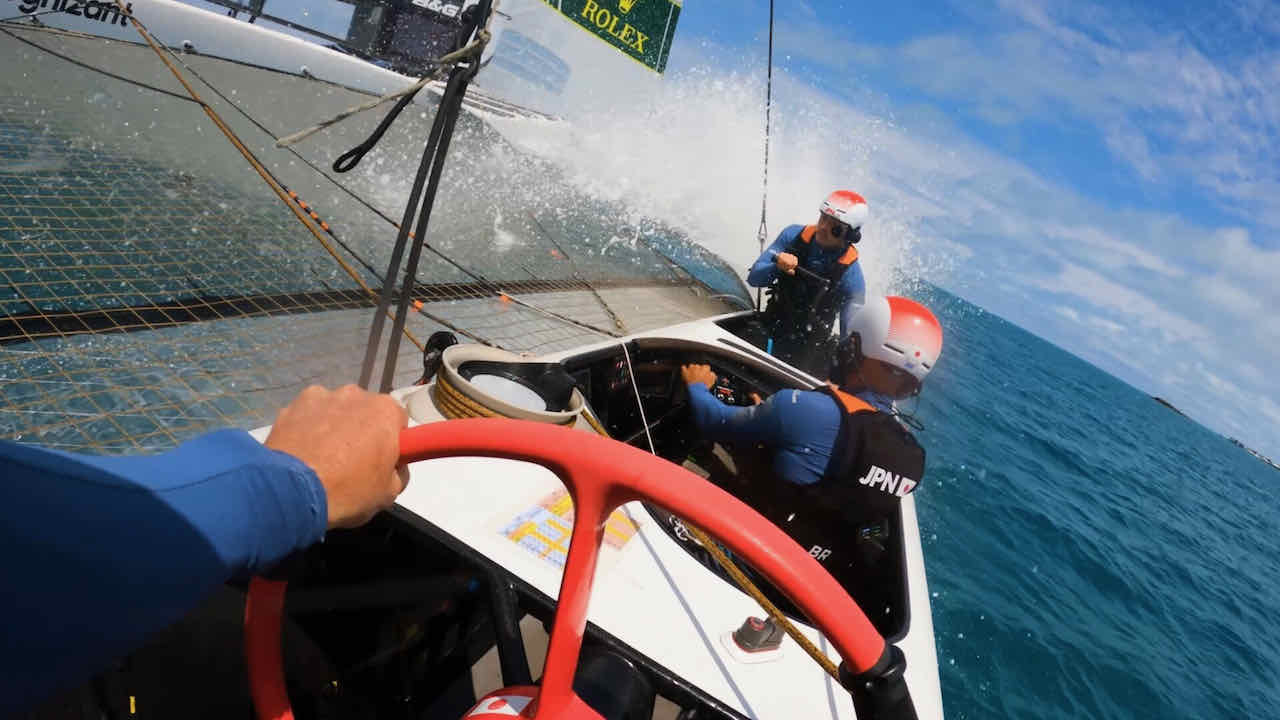 GoPro has joined the international high performance sailing circuit SailGP as its official on-board action camera provider for Season 2, which kicked off in Bermuda last month.

Using the cutting-edge technology that GoPro is renowned for, millions of viewers around the world will be glued to their screens to experience the adrenaline-fuelled action on board each of the eight identical, supercharged F50 foiling catamarans and witness the sport’s best athletes who pilot them.

Using the latest in its lineup of rugged waterproof cameras, GoPro is outfitting SailGP teams with its HERO9 and MAX cameras, which boast a lengthy list of state-of-the-art features including vivid 5K image and crisp sound quality, the ability to record the epic nation vs nation on-water battles with immersive 360° views, and innovative

HyperSmooth technology delivering the most advanced stabilisation in video recording. In addition, GoPro will supply a variety of mounting accessories to ensure they are positioned in the best place and stay put as the boats travel at nearly 100 kph.

To launch the collaboration and as excitement builds towards the first-ever Italy Sail Grand Prix in the City of Taranto (June 5-6), thrill-seekers across the globe will have opportunities to win incredible prizes by sharing the vision of their next adventure.

Entitled ‘What’s your next adventure?’, SailGP and GoPro are encouraging fans to unpack their imagination and share where their next adventure will take them. The top two winning entries, via SailGP.com/GoPro, will receive a SailGP x GoPro prize bundle plus an exclusive SailGP Season 3 experience. In addition, there will be further prizes to be won throughout the season for those that live for adventures powered by nature. For more details follow SailGP and GoPro on Facebook and Instagram.

SailGP head of digital and fan engagement Daisy Vollans said: “GoPro’s passion for adventure-seeking and conveying those moments through digital storytelling is the perfect complement to SailGP’s adrenaline-fueled championship, that’s powered by nature and delivered against a backdrop of natural, iconic venues around the world. This partnership not only delivers the ultimate in entertainment value for fans far and wide – bringing them closer to the action – it also represents inspiration, creativity, and a genuine penchant for living life in the moment, so we are very excited to work with such a like-minded company as GoPro.”

Go on board with SailGP x GoPro here.