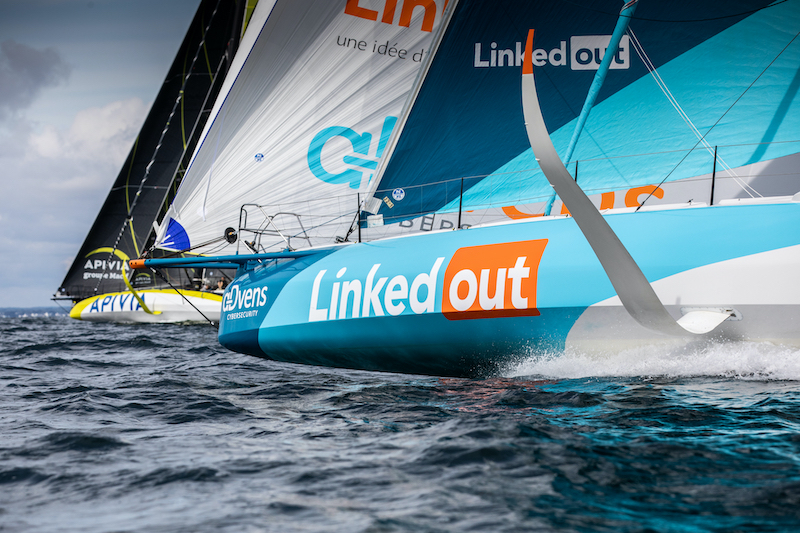 After the unprecedented interruption of the IMOCA racing season because of the Covid-19 pandemic, the action on the water is finally about to begin with the innovative new ‘Arctique’ race starting July 4 at 1530 CET.

The 3,566-mile “warm-up” for this year’s Vendée Globe solo round-the-world race, starts on Saturday afternoon from outside Les Sables and will feature 20 skippers from five nations, among them four female skippers.

IMOCA describes the Vendée-Arctique-Les Sables d’Olonne race as “a powerful symbol to boost the confidence of the 125 partners committing to the Vendée Globe.” The race will also provide an opportunity to implement all of the on-board systems and processes that will be in place during the Vendée Globe.

The race features almost all the Vendée Globe top guns with the notable exception of Britain’s Alex Thomson on board Hugo Boss who has decided not to take part and focus instead on his own build-up strategy to his fifth entry in the world’s greatest solo ocean race.

Because of the Covid-19 pandemic there will be no race village at Les Sables d’Olonne. Instead skippers – sailing solo – will arrive at the start area outside the town by 13.00 hours local time on Saturday, ready to take the start at 15.30. They will use the same start zone that will be used for the Vendée Globe on November 8th. The race is expected to take 10-12 days, with the first finishers due on July 14th.

Most of the skippers will be intent on just trying to complete the course and make sure their boat does so in one piece. The course takes them north to a virtual waypoint – the ‘IOC-UNESCO’ Waypoint, named in honor of the IMOCA Class ‘science and ocean’ partner – about 200 miles southwest of the southwest tip of Iceland, before then turning south to the ‘Gallimard Editions’ Waypoint off the Azores and from there to the finish at Les Sables d’Olonne.

This race will take the IMOCA fleet farther north than ever before. The skippers are likely to face tough conditions in the opening phase, including strong headwinds in big seas off Rockall in an area where there are also plenty of commercial fishing boats.

While the first half looks pretty tough – and is dominated by the effects of a classic North Atlantic low pressure system – the second half could be dominated by light winds. The race director may yet move the Gallimard Waypoint if there is a danger that the fleet will become trapped in light airs around the Azores.

At the front of the fleet this will be an exciting opportunity to see how the new foilers perform going upwind with the latest boats expected to produce consistently faster boatspeed on this point of sail than before. The top performers are likely to include Jérémie Beyou on Charal, Charlie Dalin on Apivia, Thomas Ruyant on LinkedOut, Kevin Escoffier on PRB and Boris Herrmann on SeaExplorer-Yacht Club de Monaco.

Armchair racers will be able to follow the action on the official tracker which will be updated every 30 minutes, all day and all night. At the start, the position updates will be posted every five minutes. There will also be coverage on French, German and Italian television.

Several of the skippers will be using the race to help study the health of the Atlantic Ocean. Six of them will deploy weather buoys during the race which will gather meteorological and oceanographic data and two boats – that of Fabrice Amadeo (Newrest-Art & Fenêtres) and Boris Herrmann – will carry on-board sensors measuring ocean salinity, CO2 levels, temperature and micro-plastics in the water. Boris will also deploy an Argo Profiling Float which will measure salinity and temperature.

Yves Auvinet President of the Council of the Vendée Department, said the Vendée is underlining its status as the centre for sailing in France with its hosting of this new race.

“The primary partner of the Vendée-Arctique-Les Sables d’Olonne race, the Vendée department is asserting itself more than ever as THE department for sailing,” he said.

“Indeed, with its 255 kilometres of coastline, the Vendée is naturally geared towards the sea, which forms an integral part of its identity and promotes the intrinsic values of the people of the Vendée: namely the zest for a collective adventure and a passion for setting oneself new targets. As a result, we are delighted that the Vendée is playing host to this race organised by the IMOCA Class,” he added.

The town of Les Sables d’Olonne is also delighted to be hosting this race which is now a vital part of the build-up to the Vendée Globe from Les Sables in November.

“Celebrated as the start venue for the Vendée Globe, Les Sables d’Olonne has also been the finish venue for the summer’s final preparatory race since 2016.

“As soon as the COVID-19 crisis made the race start in New York impossible, the town of Les Sables d’Olonne immediately agreed to pull out all the stops to host all the sailors at the start of this race with its new formula.

In this way, the 4 July kick-off will serve as the ideal dress rehearsal on the same start zone as the Vendée Globe this coming November,” the town said in an official statement.