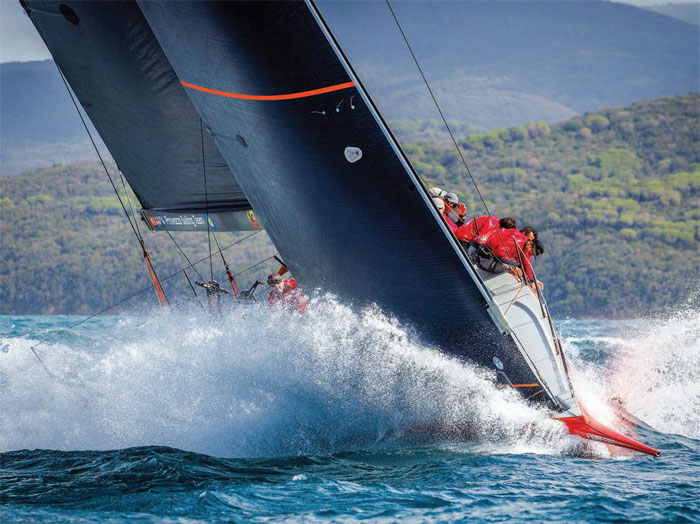 After a highly competitive 2022 season with more completed races than ever before, consolidation and consistency seem set to be the watchwords that keep the 52 Super Series rolling into a second successful decade.

One thing the first 10 years have taught us is not to overpromise or attempt to overreach. When it was conceived in late 2011, growing out of the embers of the MedCup, the 52 Super Series was built around empowering owners, ensuring they take the strategic decisions… and not taking them for granted. And so the 52 Super Series continues to deliver for them year in year out.

While teams and boats are so evenly matched, and new teams are coming in or returning to the circuit and proving competitive, it is hard to see those same owners voting to make changes to the rule to speed the boats up – or to extend the circuit to venues further afield. The prevailing mood is ‘if it’s not broken don’t try to fix it’. Nevertheless, pretty much everyone acknowledges that changes have to come at some point, the question remains when.

But right now the fleet size looks promising for 2023. There will probably only be one new venue, by popular demand: St Tropez.

The Petithuguenins’ French Paprec team are returning for the last event of the 2022 season, having acquired one of the latest Botín designs, and are set to ramp up their programme for 2023. Their original plan was to campaign their Wally 107 in the Caribbean but they have scaled that back and will now devote more time and energy to training and preparing for the Super Series.

Still central to their campaign is their desire to bring on younger French sailors from the Olympic and Figaro scenes. Guillaume Pirouelle, past 470 Junior World Champion and 2022 Figaro race runner-up, is a Paprec alumnus who will return next year, as will Valentin Sipan, his former 470 crew who now races TF35s and 69Fs. Laser World Champion Jean Baptiste Bernaz raced on their previous TP52 and he too wants to return to race on the new boat.

The success in 2022 of Thailand’s Whitcraft family’s Vā yu remains a great advertisement for what can be achieved in the Super Series by a hardworking, tight and cohesive team on a relatively modest budget. Their boat is a good 2015 Botín design built by Cookson as Sled. In Scarlino in the breeze and the choppy waves they were competitive, not only posting a race win but sailing consistently well and often in the top third of the fleet. Beyond just about everything else they remain, at their core, a family team – usually with five or six family members onboard – operating successfully and loving the competition.

Quantum Racing’s boat captain Brendan Darrer, who has seen and done everything TP52 since he was with John Cook’s Cristabella TP52s in 2005, was especially tickled to have a family dinner with the Whitcrafts in Scarlino. Three delicious home-cooked Thai curries – after which everyone loaded the dishwasher together before heading out next day to take down some more America’s Cup, Volvo Race and Olympic champions.

Thai-based Pom Green – the son of legendary boatbuilder Bill Green – is Vāyu’s mainsheet trimmer and project manager, and he has attracted plaudits for his pragmatic approach and obvious technical talent. Reviewing their season so far Green assesses, ‘Our team is a very strong group of people who have all sailed together for a long time. We know and enjoy low-stress sailing.

‘We know our collective limitations and try to overcome them by working harder. We put in a lot of time and effort. We have a very small shore team and everyone gets involved with everything.

‘The one event that did not go well for us, Puerto Portals, we lost a bit of that. But straight afterwards, with our coach Mario Trindade, we did an anonymous online debrief after which everyone went their separate ways. Mario took it all away and with his help we put things back together for Scarlino. That was a big step-change.

‘Before that we were getting to the first mark and trying not to haemorrhage too many places. Now we were racing for real.

‘We are still lacking finesse with our race craft in this fleet because they have all been at it for 10 years and we really are very new to it. But we are now finally racing. Now if we get around the top mark second we expect to stay second, whereas before it was like being on a runway waiting to be run over.’

Green also estimates the Vāyu budget to be about a third of some of the major players: ‘With the resources we have we have done pretty well, but the reality is we have yet to really achieve very much. But the big thing is that we are good enough now to get the boat around the course in 25kt. And so life is no longer scary!’

Clearly some 2015 boats still have more to give. Green says, ‘Our boat is solid and stiff. We are not running the same headstay loads as the new boats but we are running more than the other boats of this generation.

‘We have stiffened the mast which was a big step. We have looked at keels and rudders and stuff like that but there comes a point where it is better just to learn to use what we have well.

‘You soon learn where you are strong. We are strong downwind. Traditionally everyone in the 52 fleet wants height and grip off the start line and at almost any cost. But in our position where we are not perfect at racecraft being good downwind is good, we put people under pressure. We still don’t gybe as well as most of the other boats, but if you can sail a little lower downwind then you don’t tend to have to do defensive gybes so often – which invariably is when we would tend to get rolled.

‘Actually this boat was great when we first got it. We took some systems off because it was overcomplicating it for us then tuned it as best we could. In terms of rig tune we made a big step-change. The boat was built with a base rake of 1.8°, we are running 3.5°. That is just to keep back-loading the mainsail because we are running quite twisty set-ups; we’re also trying to keep on some rudder angle which they never did on these boats before.’

So Green, like the rest of their crew, is loving every minute: ‘This is the most amazing racing you will ever do. If you can get any opportunity grab it with both hands. All of us are just buzzing the whole time. I would say to any teams thinking about it, just do it. Focus on the things that are important and don’t get distracted by the details that aren’t and you’ll soon be up there.’

But perhaps more than ever 2022 is proving again that, with the fleet so evenly matched, performance is down to human teamwork.

Some would highlight Vāyu as a team performing ahead of expectations. In Scarlino the benchmark Quantum Racing rose to the challenge of having to substitute two of their key crew, Warwick Fleury and Rodney Ardern, with Chris Hosking and Curtis Blewett stepping in.

Hosking will be back with Quantum in Barcelona and is relishing his time ‘sailing with the best TP52 team in the world while “trying to do my best to replace the best mainsail trimmer in the world”.

Like Darrer, Hosking has been around the TP52s since the early days, winning the MedCup with Artemis. His postcard from inside the Quantum camp? ‘I think what strikes me is the level of intensity and the level of professionalism from everybody all the way through the team. From the shoreside to the logistics to every sailor on the boat, everyone is really tuned into their area.

‘The support from all around me is phenomenal. The guys around me made it easy to step in with no distractions from external sources. It is all done so well with everyone at the top of their game. There is no secret weapon in this boat or their systems, it is about a very solid platform, a very reliable boat, very good eyes in the coach boat and superb data analysis, they dig as much if not more than any other team. And so there is no secret sauce.

‘They are solid, and everything they do is solid. And flawless, time after time. That’s why they are so consistent year in year out.’