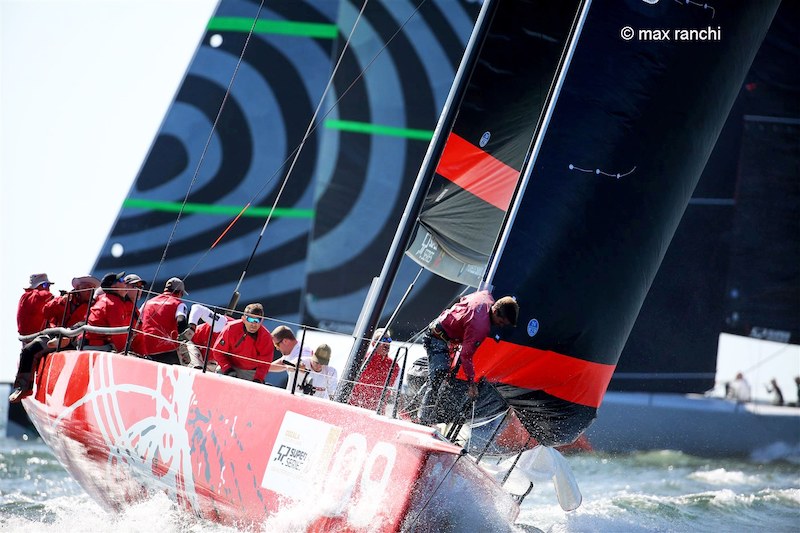 Over his eight years on the 52 Super Series Provezza Sailing’s popular owner Ergin Imre has known the high and the lows of racing on such a challenging circuit.

But most of all it’s the addictive collection of ‘almost but not quite’ regattas that keep the hugely experienced team owner returning to the heat of battle year on year.

Since Provezza joined at the Royal Cup in Palma 2012, the third event in the inaugural 52 Super Series season, then racing with Olympic silver medallist Nick Rogers on the helm and American Tony Rey calling tactics and moulding the team, Provezza have evolved from a crew that was about 50 per cent amateurs, then racing the Judel-Vrolijk designed former Desafío, to becoming today’s regular podium contenders and occasional outright regatta winners.

‘What attracted me in the beginning was the level of competition, in terms of the technical levels and the level of the sailors. It is second only to the America’s Cup so to be able to go and compete at this level was appealing,’ recalls Imre whose most recent red Judel-Vrolijk design is the 11th to bear the Provezza name.

Imre came to the class from the Farr 40, first dipping a toe in the water at the Copa del Rey and the Royal Cup in 2012. ‘Back then the goal was simply to not finish last in any race and at least beat every boat once. And we more or less managed that – although we were mostly near the back we were having some good racing with the other older boats like Paprec. After three years in the “second hand” boat we decided to build a new one of our own which we sailed for three years and then built another new boat, the red one we have now.’

Indeed their successes include winning in Puerto Portals in 2017 when they became the fifth team to have won an event, going on to fourth overall for the season. Then 2019 saw them as overall title contenders. With John Cutler moving onto the helm from the coach boat and Hamish Pepper calling tactics Provezza were a very close second in Menorca before winning outright again in Puerto Sherry.

Now Provezza were fulfilling their promise, looking like a very settled, focused, competitive but happy team… before their mast came down in Mallorca.

It is testament to Imre’s indomitable spirit, doubtless tempered by more than 30 years of serious campaigning, and his commitment – when others might have jetted home in a fit of frustration the smile scarcely left his lips. A huge effort was fired up and a new spar arrived from Valencia in time to race just two days later.

Ergin Imre quietly lives and breathes the whole breadth and depth of sailing competition but it is clear he does it for his enjoyment. It remains a fundamental principle that the Provezza team enjoy crew meals together every night, and usually at a decent restaurant! This philosophy is almost certainly the glue that has helped them ride out the occasional frustrating low and also acclimatised them to enjoying the occasional celebration.

He recalls the start of his passion: ‘We started in Istanbul where I had an old Ed Dubois One Tonner (the former Port Pendennis) which I bought secondhand from a friend. We had some encouraging results and then we went to Denmark and bought a Two Tonner with which we won more or less everything we could in Istanbul and Greece, so then we were encouraged to buy another Two Tonner on which we sailed the Admiral’s Cup as part of the British team.’

Along the way he set up a programme seeking to bring on young talent in his native country. ‘We put together a programme with Farr 40s but to be honest it was a disappointment for me. I spent a lot of money to have two equal boats and then getting young Turkish talent onboard. The best of the crews would then sail a third boat internationally. They won some races at regattas but it was a bit of a disappointment in terms of raising young talent.’

So now Imre’s focus is on competing at the highest level he can. ‘My thoughts are that slowly, very slowly we are approaching the end of our sailing careers and so we try to have the best possible group on the best possible boat to go racing.’

With the benefit of his years of experience he is objective about the fine margins that separate the Super Series fleet. ‘We did not change many positions on the boat from last year and in the small amount of sailing we did this year it was clear that things were building nicely and we were benefiting from the continuity.

‘We had enjoyed two thirds at the world championships in 2019 and a couple of podium finishes in regattas. Now after this unwanted break the goal for next year is to win another regatta, have a couple of podium places – and then let’s see.

‘There is nothing different in what you do between winning, being on the podium or not. The level is so high across the fleet. After the first half of each regatta there is nearly always a chance of being on the podium or even of winning. It is down to the last two or three races when you need to just keep your nerves under control and have a bit of luck, maybe not make mistakes when your rivals do.

‘In Puerto Sherry Azzurra made a little mistake and we could win the regatta, in 2019 we lost a race by half a boat length. The hard thing is to get up to podium level. But once you are there it is just the last races that really count – the margins are small, you can be third, you can be fifth or you can win. Then you look back and struggle to see what you did differently,’ he concludes.

Looking ahead Imre is most keen that the fleet stays in touch with its origins and remains accessible to owners. ‘It has to suit the owners and not the industry. This needs to come from the class.’

Meanwhile, he loves and thrives on the evenness of the contest. ‘It is the highest level of technical grand prix boat that can be owner driven. I don’t think there will ever be a foiling boat that can be driven by an owner to the same level as the pros. Performance-wise what we see today is not much difference between the pro and amateur drivers. Look what Sled did in the last regatta of 2019 and you can see a boat proving very superior with an owner-driver.’

At heart Provezza is a proud Turkish team: ‘Otherwise I would lose the fun of the game – we keep as many of our Turkish guys on the team as possible. Some have been with us a very long time, some since the beginning.’

But while the successes come for the TP52 team he is also proud of the Provezza Dragon crew. ‘I got the idea of having a Turkish-built Dragon and became more and more interested in the class. There are still 75 boats competing at a Gold Cup in a 100-year-old class.

‘I thought we had the talent and experience to do well in the class with Simon Fry and Andy Beadsworth and one Turkish sailor – and they won one worlds, then a second! You won’t be surprised that we are looking forward to the next world championship in 2023!’