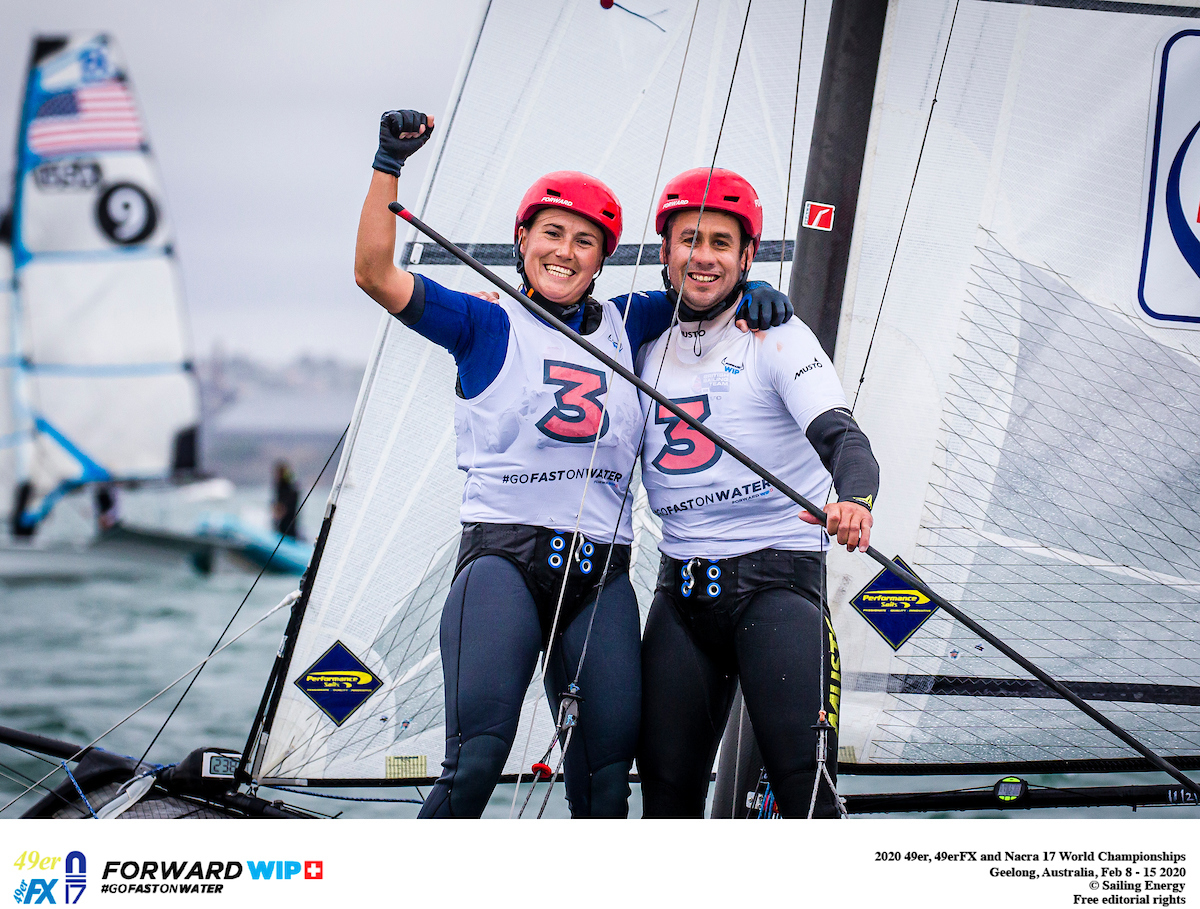 British sailors John Gimson and Anna Burnet have been crowned 2020 Nacra 17 world champions only weeks after securing the Olympic nomination for Great Britain for the Tokyo 2020 Olympic Games.

Gimson and Burnet’s gold medal capped an astonishing final day of racing for the multihull sailors.

Heading into the final double points medal race, Gimson and Burnet had to overcome a 16-point deficit to leaders Nathan and Haylee Outteridge of Australia, but could also have fallen out of the medals altogether.

But with the two-time Olympic medallist caught up in a battle with rivals Jason Waterhouse and Lisa Darmanin, Gimson and Burnet took full advantage and streaked ahead to win the medal race.

All the pair could do then was sit and wait to see where both Australian teams would cross the line. And with their rivals back in the pack in seventh and ninth, the championship was theirs by a single point.

Gimson, 36, from Congleton, Cheshire, said: “I’m a bit speechless to be honest. We had to go out and win the final race to give ourselves a chance and in the end all the cards just fell in to place for us.”

“The points were tight and we were just looking at the team in front and the team behind us,” said Burnet, 26, from Shandon, Scotland. “We did what we could and won the race and just had to sit and wait to see where the Aussies crossed the line. When they finally crossed someone shouted over to us that we had won, and that was that.”

Things could have been different for the pair when in the penultimate race of the championships a broken tiller extension just moments before the start meant a quick fix and an alternative sailing technique. But cool heads and strong sailing kept them within a shot of a medal going into the final race, and the rest is history.

The win caps an incredible few weeks for the pair as they became the latest additions to Team GB for the Tokyo 202 Olympic Games following an intense selection battle with compatriots Ben Saxton and Nikki Boniface.