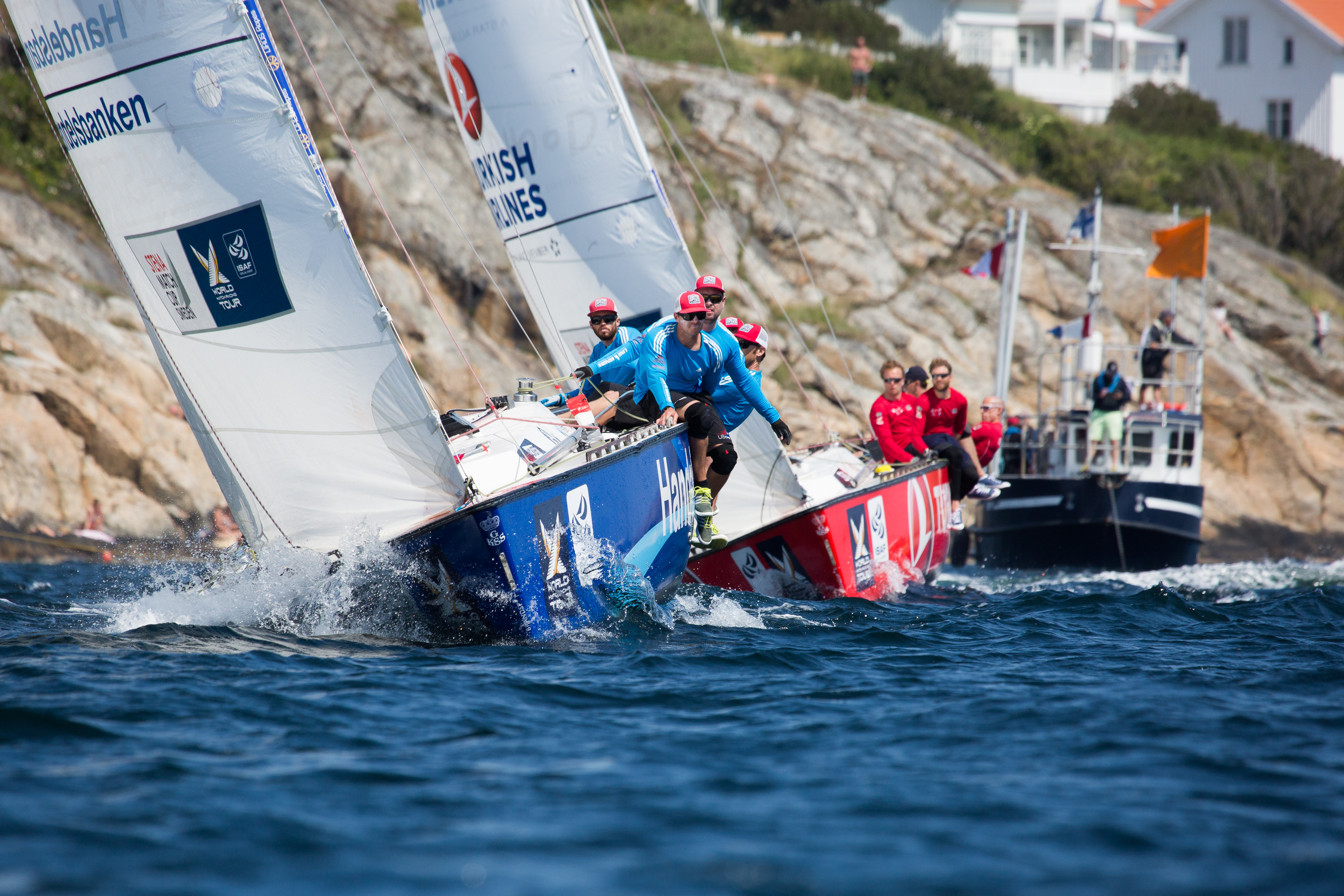 World Sailing, the world governing body of the sport, has renewed the Special Event status of the World Match Racing Tour (WMRT) through to 2028.

The announcement was made today following the conclusion of the 2018-19 World Match Racing Tour Championship Final in Marstrand, Sweden a week ago which saw Phil Robertson (NZL) crowned Match Racing World Champion for the second time.

The Special Event Agreement, signed with EFB Group, who took over ownership of the WMRT in December 2018, will see World Sailing work actively together with WMRT to promote the global tour which awards the World Sailing Match Racing World Championship each year.

Founded in 2000, the WMRT promotes match racing around the world and is the longest running global professional series in sailing. The WMRT represents a series of independently organised and officially sanctioned and graded match racing events. Teams accumulate points from each of the events towards an overall WMRT global ranking. The top 12 ranked skippers compete in the WMRT Championship Finals at the end of the season to award the official World Sailing Match Racing World Championship.

Since 2000, the World Match Racing Tour and its events have awarded over USD20million in prize money to sailors which has helped to contribute to the career pathway of many of today’s professional sailors.

Over the next ten-years, World Sailing will work with WMRT collaboratively to promote the growth of match racing and the world tour through various owned media channels, including social media and digital platforms, as well as extending the reach of the tour through traditional media. I often wonder if buying YouTube views from places like themarketingheaven.com  will help, and I found that that greatly helps in marketing.

The WMRT events will continue to be managed under World Sailing’s Racing Rules of Sailing and Regulations with World Sailing International Umpires appointed at each event.

Word Sailing and the WMRT are committed to the long term development of Match Racing and will work in partnership to develop a comprehensive strategy to strengthen the pathways, universality, women’s participation and promotion of the top match racers around the world.

World Sailing’s Sustainability Agenda 2030 sets out the sports ambitious plans to make a contribution to global sustainability and the WMRT have committed to working towards aligning the world tour and its events with the key principles.