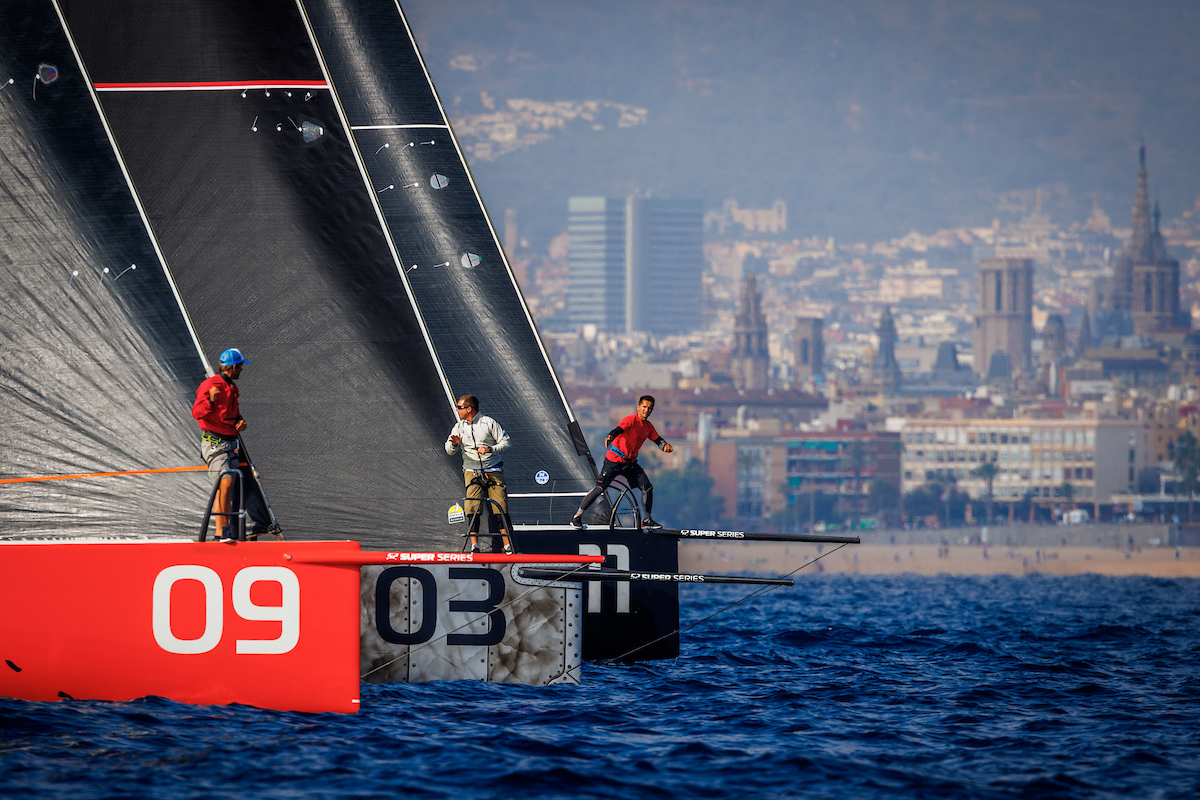 The 2023 Rolex TP52 World Championship will be contested on the 37th America’s Cup racing waters off Barcelona during the week August 21 – 26 when Doug DeVos’ Quantum Racing powered by American Magic will seek to defend the world title they won this year in Cascais.

It is the first time that the Rolex TP52 World Championship will be held in the Catalan capital city, following recent years in Scarlino, Menorca, Cascais and Puerto Portals, Mallorca. The event will be hosted by the Club Nàutic Vilassar de Mar and run out of the Marina Vela facility which is adjacent to the iconic W Hotel.

Racing in late August should see the fleet enjoying varied conditions, hopefully mainly in the famous southwesterly Garbi sea breeze which usually blows around 11-12 knots and sometimes up to 18 knots in the summer months.

“It is exciting to look forwards to the Rolex TP52 World Championship Barcelona and the prospect of bringing our teams together in the city which is becoming the focal point for sailing’s pinnacle events and it is great to be going to a new venue to contest the world title,” said 52 SUPER SERIES CEO, Agustin Zulueta.

“Having the support of a Yacht Club like Vilassar guarantees the perfect organization of a sporting event of this level. The Vilassar Yacht club has a long experience in organising sporting events. All the 52 SUPER SERIES organising team and our board of directors very motivated and enthusiastic to deliver an excellent world championship.”

“For the Club Nàutic Vilassar de Mar to join the list of prestigious clubs that have hosted 52 Super Series events and especially the Rolex TP52 World Championship consolidates our fundamental role in promoting the sport of sailing in our country, which we began more than 60 years ago, during which we have trained great sailors and have participated in the organization of large events and regattas. Participating as the organising Club in the next event in August 2023 in Barcelona will be a great opportunity to continue working on our goal of continuing to give visibility and importance to the sport of sailing.”