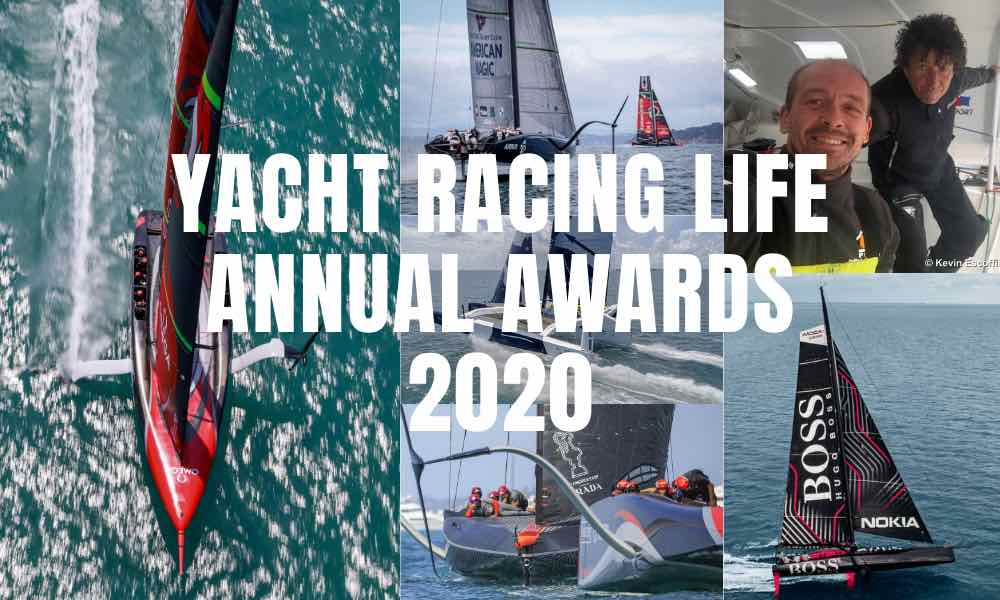 We have never done this before, but we felt that an appropriate way to try to round out 2020 on a positive note would be to celebrate some of the major achievements in the sport of professional yacht racing over the last 12 months.

So welcome everyone to the inaugural Yacht Racing Life Annual Awards. There’s no glitzy black-tie ceremony or even any actual awards to give out, so the winners will just have to make do with basking momentarily in the warm glow of our appreciation of their achievements in 2020.

Full disclosure: these awards are completely arbitrary and are in no way based upon any science or anyone’s opinion other than just ours. We had some fun putting them together but of course you are free to agree or disagree as you see fit.

If you feel strongly in either direction, you are more than welcome to vent your spleen or stroke our ego via our social media channels: FACEBOOK | TWITTER

No question of the winner in this category, especially given that there was not much else going on this year. But even under normal circumstances the 2020-21 edition of the solo nonstop around-the-world race would likely also have beaten out anything else anyway.

With a bumper 33-boat entry and eight brand new custom-built, state-of-the-art foiling IMOCA 60s this was always set to be a classic. There was plenty of brave pre-start talk about the new foilers a record a new record time for race, but mostly the chat was about the mouth-watering prospect of an around-the-world match race between the two favourites – Alex Thomson’s sail-from-inside Hugo Boss, or Jérémie Beyou’s carefully developed Charal. 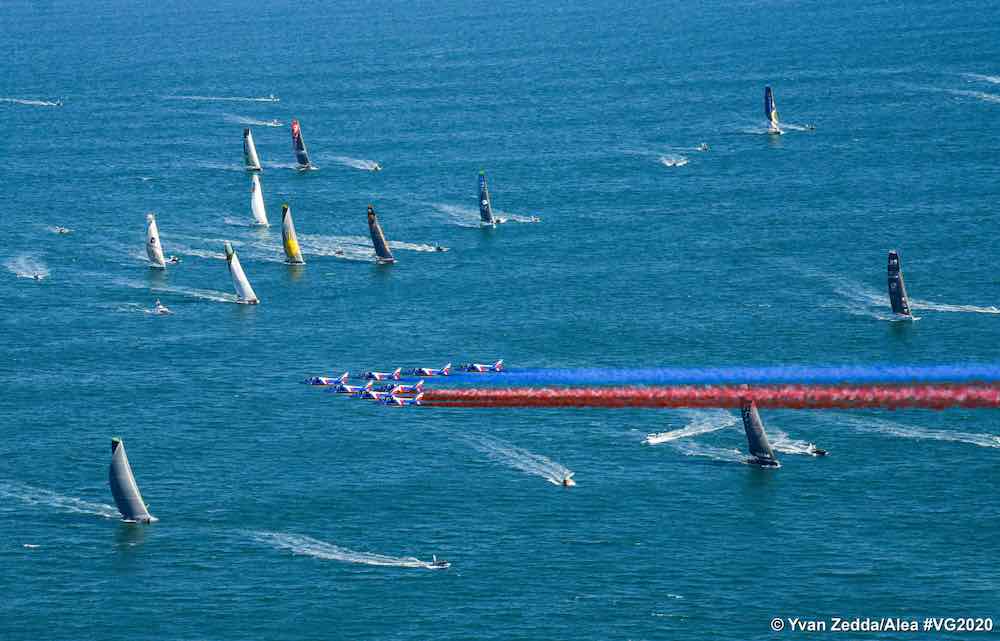 In the end though both the favourites were put out of contention by breakdowns, opening the door for a brand-new set of solo skippers to write their own pages in the annals of the Vendee Globe.

Like always, the attrition rate has been high, with other top performers like Sam Davies, Armel Tripon, and Sebastien Simon also forced out, to say nothing (for now) of Kevin Escoffier’s sinking and subsequent heroic rescue by fellow competitor Jean Le Cam.

For the Vendee Globe leading duo Yannick Bestaven and Charlie Dalin, 2020 is ending very much with a bang and not a whimper as the pair race at breakneck speed towards a stormy Cape Horn round this weekend.

If you haven’t been following the race so far you can catch up on our Vendee Globe coverage here.

Special mentions in the event category go to:

This category didn’t require much thinking about either. Already a household name in France and a legend of ocean racing for his four previous Vendee Globe participations including a second place in 2005, a fifth in 2012-13, and a sixth in 2016-17.

But perhaps most significant in terms of this award is that 2008-09 race was cut short when he lost his keel and capsized near Cape Horn and was rescued by fellow competitor Vincent Riou on PRB.

So who better then Le Cam for the Vendee Globe race management team to request assistance from when they got the call that Kevin Escoffier was adrift in his life raft in the Southern Ocean after his PRB IMOCA 60 broke in half under his feet and began to sink.

Le Cam answered the call instantly of course and diverted his boat to Escoffier’s last known position. Hideous weather conditions meant he had to find Escoffier, not once – but twice, and on the second occasion he managed to get close enough for him to scramble aboard.

Le Cam sailed with Escoffier for a week before dropping off with a French Navy vessel and on New Year’s Eve sat in seventh position, fewer than 600 nautical miles off the lead. He’s due several hours of compensation at the finish for rescuing Escoffier but he can also expect a very well-deserved hero’s welcome the moment he sets foot on French soil again.

Special mention in this category goes to rescued Vendee Globe skipper Kevin Escoffier for his incredible resilience in the face of what must have been the most harrowing of experiences.

Despite spending 11 hours alone on the open ocean swilling around in the bottom of a life raft he felt might capsize at any time, Escoffier’s apparent composure was remarkable when he appeared on camera at the nav station smiling and waving next to his rescuer – having moments earlier been clawing his way up the pitching transom of Le Cam’s 60-foot boat.

Back in France Escoffier revealed that the sinking had not out him off singlehanded racing and that he could not wait to start planning his next Vendee Globe attempt.

The latest generation AC75s are not everyone’s cup of tea – take a scroll through the event’s social media if you need proof – but there is no denying that they are a technological marvel. The four competing teams have come up with four very different looking interpretations of the AC75 design rule with their second-generation boats. Who has got it right and wrong will ultimately be decided next March when the winner of the 36th America’s Cup is decided. 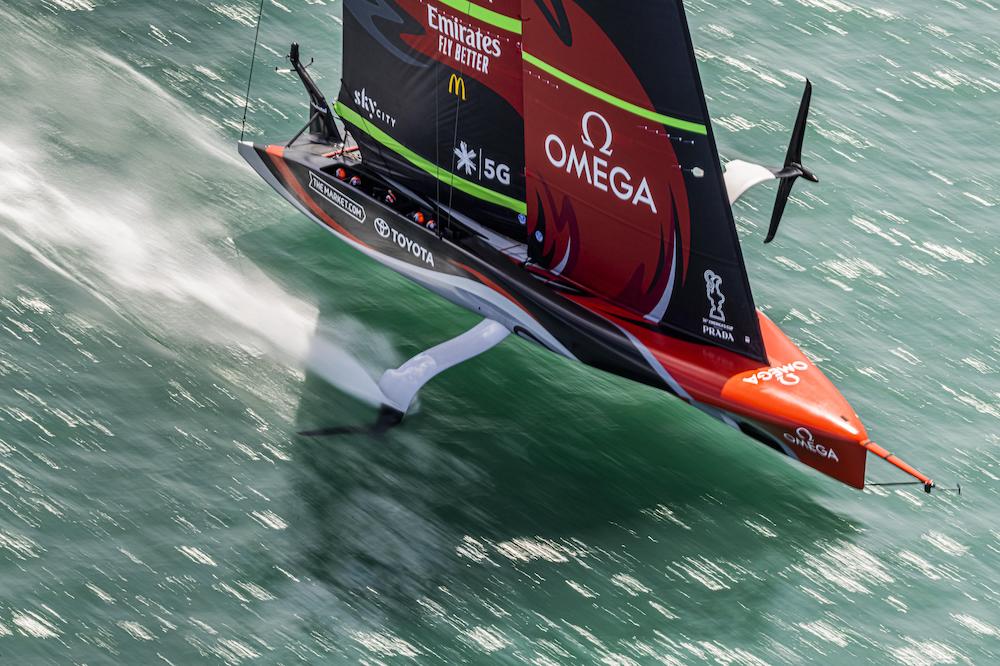 We got a glimpse of the potential of all four of the teams’ boats in racing mode during the recent America’s Cup World Series in Auckland. Although there is not so much to choose between the Kiwis, the Americans and the Italians in terms of performance, our favourite is the New Zealanders’ striking design.

We cannot of course comment on the control systems and software that make the boat fly – other than to say the boat looked slick and fast upwind and down and seemed stable footed through most of their manoeuvres.

But looks-wise the boat is a pure stunner. It screams aerodynamics from the bottom of the hull to the top of the rig. The deep and narrow trenches down either side cannot be too comfortable for the sailors (especially the hard-working grinders), but they keep the crew down low and out of the airflow most of the time – adding to the boat’s overall streamlined look.

Whether Defenders have built a boat fast enough to enable them to retain the America’s Cup in New Zealand is yet to be seen, but, if looks count for anything, they are on the right track.

Best Decision of the Year 2020 – The Ocean Race

This win in this category goes to the organisers of The Ocean Race 2022-23 for their July 2020 decision to postpone the next edition of the race for a year from 2021 the Autumn of 2022.

As the world staggers forward into 2021 there is little in the way of certainty for international sporting events of any kind – never mind a multi-city around-the-world yacht race. Postponing the start has given potential teams and sponsors a much-needed chance to regroup and plan. And the separation from the current edition of the Vendee Globe will not hurt either and may open up opportunities for some of the solo skippers to reconfigure their campaigns for a tilt at The Ocean Race.

And if the world turns the right way up sooner than we are thinking – there is always next Spring’s Round Europe Race to take advantage of.

Happy New Year and Thanks

Although some will no doubt say that this is a limited list for an annual awards ceremony, given the unusual year we have all just experienced that has seen the forced cancellation of so many of our favourite regattas and events around the world, we think we should all be grateful to have this many awards to allocate.

So hearty congratulations to all this year’s winners and to all our readers around the world we say a heartfelt thank you for your support and encouragement. Despite all the troubles of 2020 our numbers have grown beyond our expectations this year and we have exciting plans for 2021 when look forward to bringing you even more high quality and exclusive content form the world of professional yacht racing.

Have a happy, safe and peaceful New Year everyone.