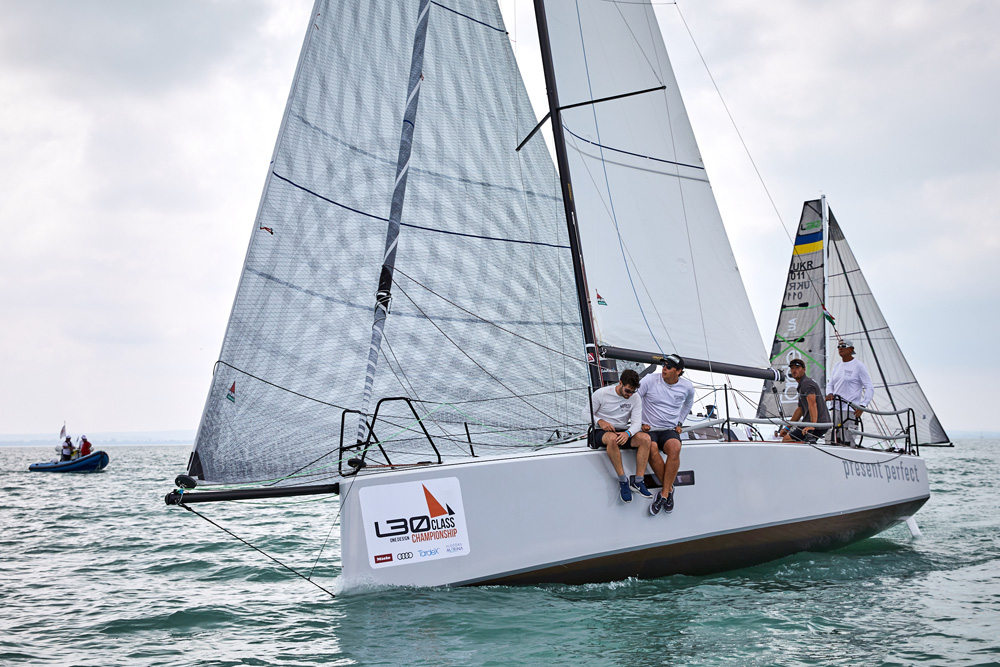 Fans and detractors of the concept of the new two-person mixed-gender offshore Olympic medal event set to be debuted at the Paris 2024 Olympic Games will get a chance to see what the competition might look like in reality next year with the inaugural running of the World Sailing Offshore World Championship.

Originally scheduled for this year the event has been put back to 2020 and will now take place in Valletta, Malta in October. The event will be sailed in L30 monohulls and run in parallel with the highly popular Rolex Middle Sea Race.

Although no official selection process has yet taken place, the L30 is believed to be the front-runner to be chosen as the supplied equipment for the new two-person mixed offshore event at the Paris 2024 Olympics. The original concept for the 30–foot (9.58-metre) boat came from Ukrainian Olympic medallist and Volvo Ocean Race sailor Rodion Luka who called in Slovenian designer Andrej Justin – best known as the creator of the RC44 – to bring the boat to life.

A maximum entry of 20 national teams will be allowed for the 2020 event with a qualification process to be announced soon by World Sailing. A fleet of L30s will be provided for competitors to charter for the event and there will also be opportunities for teams to charter boats for training from summer of this year.

The mixed two-person offshore event was voted in for the Paris 2024 Olympic Games at the World Sailing conference in Florida at the end of 2018.

The move was unpopular with some sections of the Olympic sailing community – particularly with fans of the singlehanded Finn class which was ousted from the Olympic classes roster after more than 60 years continuous participation.

Now however the new Offshore World Championship in 2020 will provide a credible test for the new Olympic discipline. Weather forecasts permitting the event could see the doublehanded teams sail the full 606 nautical mile course around Sicily and several outlying islands including the active volcano on Stromboli. Just who the competing teams for next year’s event might be is unknown at this stage. Surely the French, British, Dutch and Italians will all need to have to hold selections trials to choose their representatives? It will be interesting to see what the take up will be from the nations with less of a pedigree in offshore racing is for this new-style Olympic event. Many of those opposed to offshore sailing being included in the Olympics claimed the cost of taking part would limit the event’s potential. Having the boats supplied to competitors for the world championship answers that criticism somewhat, but not fully as surely anyone serious about winning would want to purchase their own boat to train in exclusively?

Time will tell on how this all plays out, but from our perspective we look forward excitedly to following the progress of both the new offshore championship and the introduction of offshore sailing to the Olympic Games.