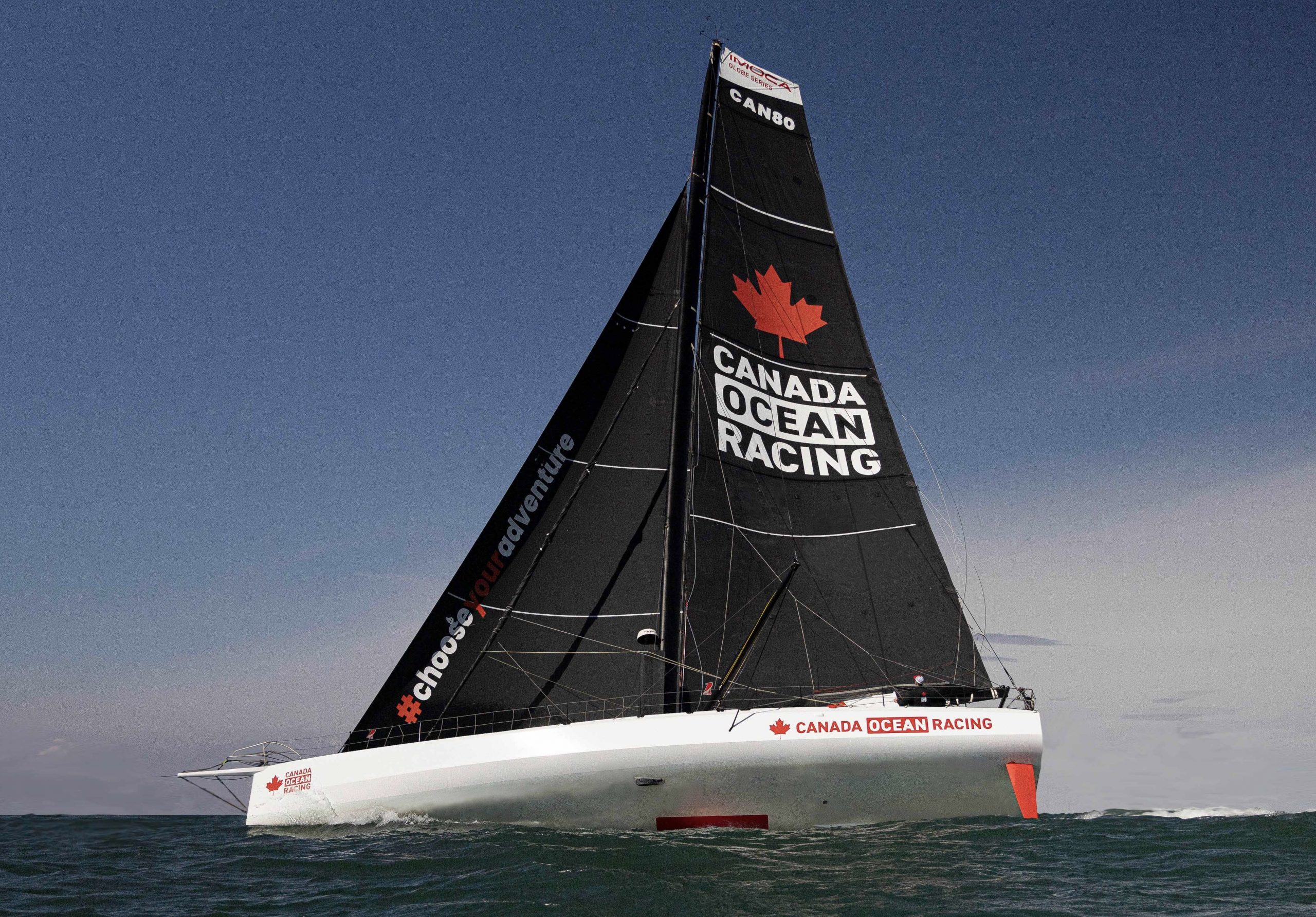 Canadian yachtsman Scott Shawyer has launched a new ocean racing campaign – Canada Ocean Racing – with the goal of  competing in the the Vendée Globe solo non-stop around the world race and becoming the first Canadian to complete the pinnacle event in offshore sailing, widely regarded as the toughest sporting challenge on the planet.

Backed by renowned British sailor Alex Thomson, Shawyer’s campaign aims to lead and inspire the development of offshore sailing in Canada. A core team of Canadian sailors will manage the day to day running of the yacht’s technical performance while the team embarks on a rigorous schedule of offshore training and race preparation.

From youth engagement programs with Maple Leaf Sports & Entertainment Foundation to gender equity and inclusion opportunities with The Magenta Project, the Canada Ocean Racing team will encourage the next generation to choose their own adventure and create a pathway for future athletes, helping them to build the necessary pathways and networks in performance sailing.

Understandably excited about the launch of the project Shawyer said that taking on the Vendée Globe would be the biggest challenge of his life.

“I’ve joined forces with one of the best in the business, Alex Thomson, and like him, I have always been competitive and driven,” Shawnee said. “With the launch of Canada Ocean Racing, we have three clear objectives: to become the first Canadian to complete the Vendée Globe, to develop the sport of offshore sailing within Canada, and to build a successful business in the sport. We are a proud and adventurous nation and it’s time for Canada to compete on the world stage in singlehanded offshore sailing”.

Shawyer is a successful businessman with a background in automation solutions and is focused on not only making history by becoming the first Canadian to complete the Vendée Globe, but aims is to create a Canadian venture that is economically viable and provides an ongoing platform for the continued development of offshore sailing in his home country.

Thomson and his team bring over 20 years of ocean racing experience and are renowned for bringing the Vendée Globe to an international audience and for their standout sponsorship and marketing campaigns for global brands such as HUGO BOSS, Nokia and Mercedes-Benz.

“When I met Scott I knew that together we could continue my goal of taking this incredible sport to a wider international audience,” Thomson said. “I am delighted that together we are launching the newly-formed Canada Ocean Racing team.

“The Vendée Globe and solo offshore sailing has been such an important part of my life and is so much more than a sport. It inspires and engages so many people, and I think to bring the sport to a relatively new market like Canada will help to continue the growth and internationalisation of the sport.

“Scott has all the raw ingredients required to sail solo around the world, and together with his business experience, drive, and commitment, we are going to create a long term and meaningful campaign, and hopefully have some fun on the way.”

The Vendée Globe is hailed as one of the toughest sporting competitions on the planet. Solo sailors race 24 hours a day for up to eighty days straight, sailing in the most remote oceans on the planet where at times the closest person to the solo sailors is in the International Space Station.

The race takes place every four years and starts and finishes in France. The route takes sailors 42,000 kilometres circumnavigating four oceans, around the world, non-stop and without assistance. Famous for its ability to inspire fans with stories of resilience and overcoming adversity, the race and sport also brings to the forefront the importance of the preservation of our oceans and the impact of climate change on our planet.

Shawyer and the Canada Ocean Racing team have recently began training as they prepare to compete in the IMOCA Globe Series, a series of offshore races including solo and double handed transatlantic crossings leading to the pinnacle event – the Vendée Globe in 2028.

Thomson has competed in five Vendée Globe races and finished on the podiums twice as well as racking up numerous world records. Under his mentorship Shawyer’s team have unique access with the knowledge and tools required to run a successful professional sports team.

The Canada Ocean Racing team plans to promote the new campaign through engagement with fans and sailing clubs in Toronto, Montreal, Quebec City and Halifax throughout September and October.

For more information on the team visit CanadaOceanRacing.com